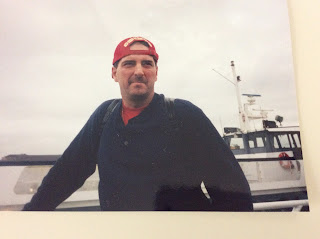 Edward (Ed) James Carter was born on December 2, 1957, in Dreieichenhein, Germany. His family and he moved to the United States in 1961 and eventually settled in Orlando, FL, where Ed resided until his death.

He is survived by his parents, Antonio and Hannelore Matias, his siblings: Magnus Carter, Belinda Ugarte, Ronald Carter, and Brad Carter, as well as his Aunt, Erika Bussard, and close cousins: Matthias, Uwe, and Joe Bussard.  Ed was pre-deceased in death by his daughter, Tina Carter.

I would like to offer my sincere condolences for your loss. I hope the family will find some comfort and strength in Jesus promise of the earthly resurrection, when Jesus will restore life to the dead(Acts 24:15)and the renewed Paradise earth, where death will be no more and no family will mourn the death of a loved one.-Revelation 21:3,4;John 5:28,29;Luke 23:43. May GOD(Psalms 83:18)grant you peace and comfort now, during this grievous time.-Matthew 5:4

Edward Carter its me your girl friend Sarah Horner I am so sad and sick to hear this bad new honey i love you so much and no one has ever showed me love like you did , you have been there for me all this while and i dont know what to do now, My heart is saddened to hear such a loss of someone so dear.I could barely imagine how difficult it is for you to carry such burden.
My deepest condolences.Life is the greatest gift that God has given us.Death is only a bridge towards eternal life with God.Certainly, heaven is rejoicing for another soul has finally reached his true home.My deepest sympathy to you and your family. Till We meet Again