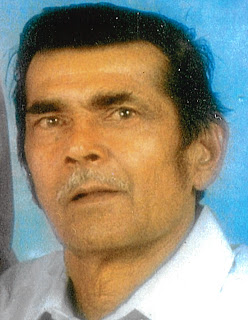 Brijaram Nanda, age 85, of Saint Cloud, FL passed away Tuesday, February 7th,2017 at Plantation Bay Skilled Nursing Facility, St. Cloud. He was born in Crabwood Creek, Guyana, the son of Anant and Ramdularie  Nanda and was employed as an agricultural farmer.

Dear Family, so sorry for the loss of Brijaram, your dear loved one.

It’s also comforting to know what the Bible teaches: Most people who have died will be resurrected. Jesus promised that "those in the memorial tombs (grave) will...come out." (John 5:28,29)

Death will be no more…..these words are faithful and true…Revelation 21: 3-5

In harmony with God's original purpose, those resurrected as humans will have the opportunity to live on a paradise (park like) earth. (Luke 23:43)