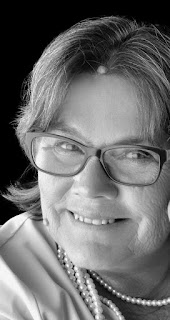 Dawn Carolyn Pfaender passed away September 29th, 2019.  She was 67 years old.  Born in St. Augustine on August 17th, 1952, she and her family later moved to Winter Park.  She graduated from Winter Park High School in 1970 (where she met her high school sweetheart and future husband, Bob) and moved to Atlanta to attend the Fashion Institute of America.  The school folded after she was there a year and she returned to Winter Park.

She married Bob Pfaender on December 29th, 1972.  They had been married for 46 ½ years.   She and Bob decided to follow an opportunity in New Jersey in 1973 and lived there until 1979.  She found a job as a legal secretary for two elderly attorneys doing estate work in Montclair, NJ.   In late 1979 she, Bob and their newborn baby Jaime, moved to southern California for Bob’s work.  She worked hard as a stay at home Mom and in 1982 Lindsey was born.   In late 1984 the family had an opportunity to return to Florida and did so in Tampa, FL.  There in 1986 Christine was born.  Now with her hands full as a Mom, the family relocated to St. Cloud, FL to be close to her parents who lived there.  They remained there for 20+ years as the children attended elementary, middle, and high school and made friends for life.   Dawn decided to go back to work and earned a position as executive secretary to the director of Public Works and Engineering at the City of Kissimmee.  She excelled in that job for 10 + years.   Following that experience, Dawn secured a position as the admin at the Osceola county government complex for the Auditor’s department where she worked for several years before retiring in 2008.  During that time the family moved to Lake Mary, FL where they presently reside.  Her volunteer experience during those years included founding the St. Cloud Youth Football Cheerleaders organization that had not previously existed for girls in St. Cloud prior to her doing so.  She also founded the Osceola chapter of the IAAP organization (International Assoc of Administrative Professionals) and was the President of that organization for several years.  Today her hard work is still present in both of these organizations. 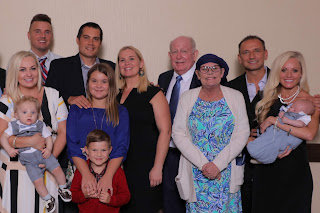 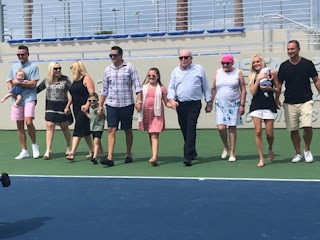 A memorial service will be held on October 19, 2019 at 2pm at the Church of Ascension 4950 S. Apopka Vineland Road Orlando, Florida 32819.
The family requests that in lieu of flowers  donations can be made in Dawn's name to the following link.   https://secure.lcfamerica.org/dawnpfaender

I'm very sorry for the family's loss. Dawn always seemed so proud of Bob and her children. I could tell that she was so supportive of them. A great mom and wife.

My thoughts and support go out to the Pfaender family.

My deepest condolences to the Pfaender family. Dawn was always so generous with her time and sharing Bob with us at USTA Florida. May you find comfort in the special angel watching over your family. Rest in Peace Dawn.

Dawn was an extremely generous and loving person - giving her all for family. We hope that you will soon find peace and comfort knowing her legacy lives on through Bob, the children and the grandchildren she so deeply loved. Our deepest condolences for the entire Pfaender family.

My deepest condolences to the Pfaender family. Bob and all of the family and friends will be in my prayers.

I have no words. I'm so very sorry for your loss Bob!

I'm so sorry to hear this news. My deepest condolences to Bob, the family, and friends of Dawn.

My deepest sympathy to you Bob for the loss of your life partner and for your family who has just lost their mother. She sounds like a very dedicated and amazing woman. May the love of your family and the many cherished memories you shared together bring you peace & comfort during this very difficult time. ❤️

Words fall short of expressing my sorrow for your loss, I can’t imagine the sadness you must be feeling. May the love of those around you help you through the days ahead.

I am so very sorry for your loss Bob. Sending you and your family my thoughts and prayers during this difficult time.

Bob, I am so sorry for your loss. You and your family are in my thoughts and prayers.

Bob, Sorry for your loss. Thinking of you and your family during this time. My deepest sympathy friend.

Bob,
I am so sorry for your loss. Sending love and prayers to you and your family.

So sorry for your loss Bob. Prayers to you and your family.

Bob,
I am so sorry to hear about your loss. I remember the time I met Dawn in New York and we spent some time talking and laughing a lot. She was a good person and I know she meant the world to you. Take care my friend and know you are in my thoughts.

Bob, I am so sorry for your loss. I will be thinking of you and your entire family! I hope you find peace in your wonderful memories of Dawn.

Bob
I am so sorry for your loss. My prayers and thoughts are with you and the entire family.

So many people are with you during this difficult time. Please know that your family is in our
prayers.

"No one's death comes to pass without making some impression and those close to the deceased inherit part of the liberated soul and become richer in their humanness." ~ Hermann Broch, an Austrian writer (1886-1951)

Bob, I'm so sorry for your loss - love & prayers to you and your family.
Laura Puryear

Dear Bob and Family,
From the bottom of my heart, I want to express my deepest condolences to you and the entire Pfaender family during these difficult times. Thinking of Dawn, it gives me comfort to know that her Love and Legacy will live forever in the hearts of her family and friend.
Rest in Peace, Dawn.
Love and Prayers.

Bob and the Pfaender family, my deepest condolences for this loss to your family. May the wonderful memories you have of Dawn keep you strong through this time.

The internet today is full of SCAM ADS, mostly in comments of various sites and blogs. A large number of individuals have been victims of scam and lost of money to SCAMMERS. Most of the common scam are
🔻BANK LOAN SCAM. 🔻BINARY OPTIONS SCAM.
🔻BINARY AUCTION SCAM. 🔻HACKING SCAM. and lost more......

But here is a good news to everyone who has been a victim of INTERNET SCAM❗️
You can get your money back from your scammer, Authorities will not been involve just the genius of our skill.

HOW DO WE OPERATE⁉️
We first of all study the scammer brought to us your o “PLUG” by hacking this person device(phone or computer) to get information of How, Where, this person keeps the funds he steals from people, and we work on a strategy to get you back your money. With no way to trace the steal to you and back to us, this person has no way to build a case and that way you are safe from Authorities.

Contacting us is simple, just give us a message through the email below.
Email-: globalpluggers@gmail.com

If you a victim of internet scam or you know someone who is, make contact to us immediately. You are 💯 % safe to contact us, our email is very secure.