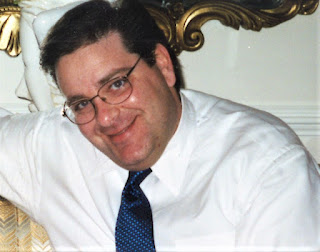 The universe gained a comet, no, rather a star so full of love and life that he could no longer be held in this small planet we call earth.  John Borsellino’s presence was so large that the Lord needed him to brighten the heavens.  The Lord gave him to us for a short time but in that time he made a mighty impact on all those who were blessed to know him.  The Lord called him on February 8, 2020.

Born in the Bronx, but raised in Brewster, NY, John was the oldest son of Santo and Rosalie Borsellino.  He loved to play baseball and football.  His love of the Yankees and the Giants began as a child and remained through good seasons and the bad.

After graduating from Brewster High School John decided to serve his country.  He joined the Navy and was stationed in Hawaii and served on the USS Rathburne.  He said that the time he spent molded him as the man he became.  He always remembered that time fondly and the bonds he made with his naval brothers could not be broken.

When he finished his service he pursued his dream to work in the world of finance becoming a financial advisor.  He loved his work, his clients and especially his firm International Assets Advisory.  He put his knowledge and passion for business and helped to grow the life savings of so many over his 30 plus years in the business.

He always said that his life began one night at a street light on the Post Road in Greenwich, Connecticut.  He and his friend  were out and sitting in the car next to his was a young blonde girl named Michele.   The girl looked over and her life would be forever changed.  That young blonde girl fell in love with his wit, his passion for life and his empathy for others.  That young girl got to share a 24 year journey with the love of her life.  That young girl was treated like a princess and told she was the most beautiful girl he had ever seen on a daily basis.  That young girl never left the house without hearing “I love you” and given a little peck on the lips.  Now, that not so young girl is heart broken that her love has left her.  Her only solace is knowing that the Lord has him in his arms.

For the last 20 years of that journey John and Michele’s world centered around three beautiful, smart and amazing girls.  Madison, Sydney & Alexandra were born one minute apart and each captured their fathers heart instantaneously.  The sparkle that would come in his eyes when mentioning them could energize a small city.  Nothing they did was short of miraculous.  Not sure if you were aware but no smarter children have been born before or since.  John loved to watch everything the girls did and felt that they were destined for greatness.  At age three when they were in ballet he could not understand why the Bolshoi didn’t invite them to perform. When they played basketball, well they were going to be starting for UConn.  As they grew John’s pride in them grew.  Alexandra was a star, she was going to be an EGOT winner before she was 30.  Madison of course was going to be an Olympic Gold Medalist in figure skating.  Sydney, well Sydney was going to be President and save the nation.

The last five years saw many dreams of John’s turn into reality.  He loved seeing Alexandra on stage and performing, Madison skating and Sydney playing volleyball.  His chest puffed out when he saw Sydney give a speech as President of the National Honor Society and Madison give the Salutatorian address  at their high school graduation.  His heart ached when the girls left for college.

Now it is we whose hearts ache.  He will never see Madison graduate from Wake Forest University, Sydney present her thesis before the Ohio University Honors Tutorial College, and Alexandra perform on the Broadway stage.  I will have no more pecks on the lips.

John’s absence will be felt by many including: Wife Michele (Teny), daughters Madison, Sydney and Alexandra. Mother Rosalie Borsellino, brothers Santo and Louis (Colleen) many aunts, uncles and cousins, nieces and nephews.  He will be welcomed into heaven by his father Santo. 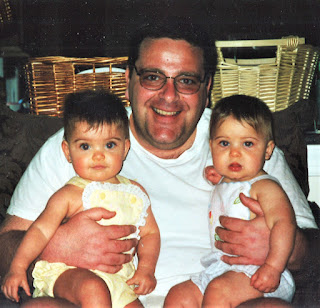 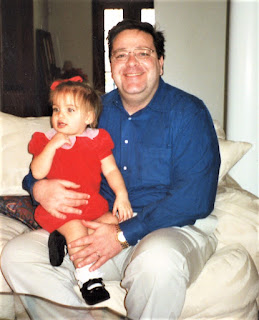 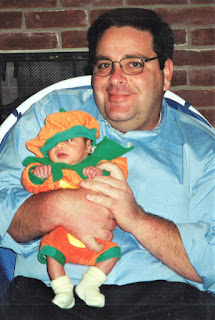 The family requests that in lieu of flowers that donations be made to the Madison, Sydney and Alexandra College Fund
https://www.gofundme.com/f/madison-sydneyamp-alexandra-borsellino-college-fund?utm_source=customer&utm_medium=copy_link&utm_campaign=p_cf+share-flow-1

I am so very sorry to hear about John's passing. He certainly was a man full of empathy.
He certainly loved his girls - all four of them. Sending prayers to his girls and family.
Brenda Henning