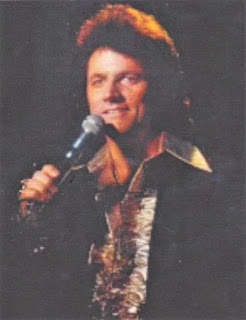 Thomas I. Carlile, age 77, of Winter Garden, FL passed away peacefully on Sunday, April 25 in Clermont with his family by his side.   Tom was born in Miami, FL on July 29, 1943 to George and Mary Carlile and was the youngest of 3 children (George & Ray).  Tom was a self-taught musician from the age of 14 and at age 17 began a career as a professional singer and songwriter that would last his entire life.

Tom’s career started in Miami which quickly led to headlining at the popular Miami Beach Newport room for several years.  His popularity led to appearances all around the Miami club scene from the Fountainbleau, The Deauville, Marco Polo and others throughout the area.  Tom took his stage show on the road, touring all across the country for many years, from concerts and shows to appearances in Las Vegas.  All this led to releasing several albums with all original songs that played on radio stations from the West coast to the East coast.  Tom wrote and performed over 200 original songs in genres from Pop, Rock, Blues, Holiday, Christian, & Country music that are all streaming today across the world.

Tom’s career accomplishments were numerous and his talent and passion for music showed in his performance and songwriting.  But it was family that he cherished the most and everything he did in life he would always say he did for them.  Tom married Laraine on Nov 20, 1960 and together they raised 6 children.  Tom’s amazing life and legacy will continue through his family.  Tim (son) and Suzanne, Debbie (daughter), Tommy (son) and Judy, DeAnna (daughter) and Peter, Kim (daughter) and Brian, Chris (son) and Nikki.  Tom adored his “amazing” grandchildren as he often said.  Timothy, Michael, Ashton, Summer, Meghann, Ryan, Olivia, Kylee, Logan, Ashley, Emily, Dylan, AnaLuna, Rece, Laney, Hayden, Malley, Macayle, and Mackenzie and most recently his bonus-grandchildren, Kaylen and Jaidynn.

Tom passed away peacefully, early Sunday morning, April 25 at 2:25 am with his family by his side, finishing his “last show” for the evening, which he had done his entire career.

Donations can be made to the American Parkinson Disease Association.  See link below:

Rest easy Pop. I know you're singing with the angels now.