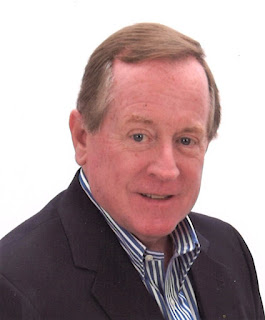 Jim was born in Indianapolis, Indiana on December 1st, 1945. He grew up in Carmel, Indiana, attended Our Lady of Mount Carmel Catholic School  and graduated from Carmel High School. He played four years of varsity football and he was President of the Student Council. During his time at Butler University, he was in the Kappa Sigma Fraternity. On August 26, 1967, he married his high school sweetheart, Sally McCracken.

He was in the newspaper and automobile businesses. He was a founding member of Holy Family Catholic Church for forty five years. Jim enjoyed golf, attending PGA events, travel and most importantly time with his family. He never missed a family celebration.

Visitation will be held at Mount Carmel Catholic Church in Carmel, Indiana on August 19th, 2021 at 3:30pm. Funeral mass to follow at 4:30pm.