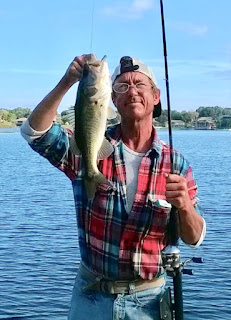 He resided in Millbrook Alabama, graduating from Stanhope Elmore High School and in his later years moved to Orlando Florida.

Bobby worked as a shop fabricator and installer at Rose Fence Company since 1995 until his passing in October 2021.

He loved his job and all the people he worked with. His boss, whom became family to Bobby over the years, speaks highly of him as the most Loyal & Trustworthy

person to work with his company.

He was very talented, meticulous, and generous of himself and his time. it showed in everything he did. We were always amazed at the things he created

and always proud of the caring person that he was. He never met a stranger & was willing to help them in any way.

He especially enjoyed spending time with his family, hanging out, fishing or just being together doing nothing.

On the Top of his list of favorite things was definitely jamming on his drums, He would play for hours solo or with his friends…

Our most common phrase with him was “Bobby Dean Rocks!” And now he is rocking with the angels...

Bobby Dean was predeceased by his parents, Robert Jackson Dean & Carol Ann Dean, and his brother, Kevin Michael Dean.  He is survived by his daughters Summer & Lauren; and  granddaughter, Isabella; sisters, Teresa (husband, Dennis Hasey) and Tracy (husband, Victor Aguayo); and many nieces, nephews and cousins.

Robert will truly be missed by all his family and friends.

Till we see you again,  Rest In Peace ❤️