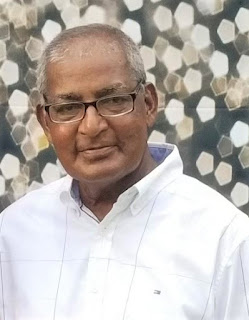 Lall Beharry, age 72, was a caring husband, loving father of three children and an affectionate grandfather of four grandchildren. Lall was born on July 5, 1949 in Bath Settlement, Guyana and grew up surrounded by his large family where he had 9 brothers and 3 sisters.

He was known for being a kind man with a warm spirit. He had a passion for playing cricket when he was in high school and even went to the extent of scoring well over a century (187 runs) in a single game!  As a cricket player he had the position of being a top end fast bowler along with being an excellent batsman. In his village, he was acknowledged as being the most feared cricket player they had ever seen.

While Lall resided in Guyana he took on the job of being a carpenter as well as working on an estate. From there he decided to move to the United States on May 17, 1979 along his family and ended up in Cleveland, Ohio. From here now, he worked long hours as a machine operator in which he took the responsibility of taking care of his wife and kids. Lall was influenced by his family to be a loving and caring man, always giving his time for others, and he incorporated that into his fatherhood. He was known for spoiling his kids along with his grandchildren with anything they wanted. When it came time to having breakfast or dinner he would prepare his famous dishes for the family.

In his leisure time, he loved working in his garden planting various plants, playing ball with his grandkids and fishing. Aside from all of this he was a dedicated Hindu who followed his religion to the best of his abilities. Lall even when on to teach his kids and grandkids about the Hindu faith and had them engaged in religious service.

Lall was known for having nicknames such as Nemo. He is a devoted and well respected individual that will be greatly missed by his family and friends. In addition, he will be dearly missed by his wife, children and grandchildren and will continue to live in their hearts and minds forever.