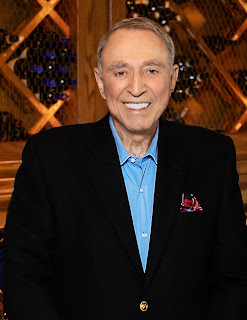 Charles Edward Woodsby (Charley) passed away peacefully on July 28, 2022 at the age of 91. Charley was a devoted Christian man born in Spartanburg, SC to the late Lucy Sanders and William Dan Woodsby. Charley came from a family of nine where everyone had to pitch in to make ends meet. Charley’s parents worked hard to keep a roof over their heads and bellies full during the Depression, which taught him a valuable lesson. Living through these difficult times motivated him to strive for a better way of life. This drive brought Charley nearly 70 years of success in the restaurant industry.

Charley got his first job at a grocery store when he was 11. At the age of 15, Charley enlisted in the Air Force for three years. He then attended Cecil Business College followed by The Hotel and Restaurant School of New York City, majoring in Hotel and Restaurant Management.

Charley bought and operated his first restaurant in 1954 at the age of 23 in Atlanta, GA. Two years later he sold that establishment and converted an old grocery store into a 200-seat restaurant. In 1960, he moved to Jacksonville, FL and formed a business partnership that would change the rest of his life.

While in Jacksonville, Charley purchased the Thunderbird Restaurant with his new business partners William and D.C. Darden. Two years later, Charley and his partners bought Gary’s Duck Inn, one of the most famous family restaurants in Orlando. Numerous other restaurants were started by the team in the early sixties including The Green Frog in Adel, GA, The Coach House in Greenville, SC, the Towne House in Columbia, SC and the Old South in Jacksonville, FL.

With the success of Gary’s Duck Inn, Charley had a vision for a family style seafood restaurant offering affordable prices. In developing this concept, he applied what he learned to be the three principles of success in his industry: quality, value and service. He felt strongly that a restaurant that offers fine food, served promptly and congenially, at an affordable price, would succeed.

In 1968, Charley and William Darden opened the first Red Lobster in Lakeland, FL. It was an immediate success and within two years, five more Red Lobsters were opened. In 1970, the pair received a generous offer from General Mills Restaurants, Inc. to acquire the business. Charley signed a three year management contract where he helped develop and open 72 Red Lobster locations. As part of his responsibilities, he supervised the corporation’s real estate, construction, purchasing and operations departments. As Red Lobster continued to grow, he developed four regional offices in St. Louis, Atlanta, Dallas and Orlando.

Charley’s faith was central to his life and guided his many charitable endeavors. Feeling blessed by his success, in 1998 Charley and his first wife, Jean, established a private foundation. Through the foundation, they contributed to numerous ministries throughout Central Florida, the United States and globally. Some of their most gratifying work was done in Honduras where they sponsored 6 children every year, which meant providing healthcare, clothing, food allowances and tuition for their education. They were most proud of funding the building of four churches in Honduras to promote the Christian faith.

Sadly in 2005 Charley lost the love of his life, his wife of 55 years, Jean Harris Woodsby. But God was good and sent him a second soulmate, MaryLou Johnson, and in 2007 they were married. Charley and MaryLou loved to travel both for pleasure and to take the gospel to unreached areas of the world. In recent years the couple has continued the original vision of the foundation by placing their focus on the Jesus Film, a motion picture made in 1979 according to the Gospel of Luke. It has now been translated into over 2,000 languages around the world. When they were not traveling, Charley and MaryLou loved spending their summers away from the Florida heat at their mountain home in Highlands, NC. There they loved playing cards and golf croquet with their many friends.

Charley was a loving husband, father, grandfather and great-grandfather to his beautiful family, of which he was very proud. He enjoyed golf, tennis, fishing, swimming and spending time with his family. He will be remembered as a kind, generous, thoughtful, fun-loving friend to all who had the honor of knowing him.

“My motto has always been quality, value, service and integrity; be honest, be truthful and treat people with respect. My faith has also always been very important to me. I believe God guided me in all directions of my life, putting the right opportunities and the right people before me at the right time.” – Charley Woodsby

Charley is preceded in death by his wife, Jean Harris Woodsby, and grandson Joshua William Parrish.

On Wednesday, August 3 there will be a Visitation at 10 a.m. and a Celebration of Life at 11 a.m. held in the Henry Chapel at First Baptist Orlando, 3000 S. John Young Parkway, Orlando. A reception will immediately follow. There will be a private family burial.