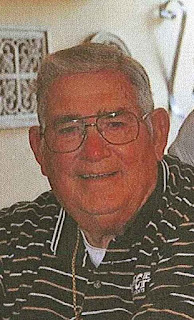 Emmett C. Owens, Jr., P.E. age 78 passed away on Thursday, December 1, 2011. Emmett was born in Jacksonville, Florida the son of Emmett C. and Eva Belle (Collins) Owens, Sr. He graduated from the University of Miami, was a member of Kappa Sigma Fraternity, a veteran of the US Army during the Korean War and member of The American Society of Civil Engineers. During his engineering career he was the chief site engineer for the Orlando International Airport and worked on large engineering projects both in the US and overseas. He enjoyed the outdoors hunting, fishing and camping. He leaves to cherish his memory, his wife of 55 years Arnene Q. Owens three sons, six grandchildren and three great grandchildren. Emmett will be laid to rest at Florida National Cemetery in Bushnell, Florida at 11:00 am on December 20, 2011. In lieu of flowers, donations can be made in his name to: Wounded Warrior Outdoors, 1041 Crown park Circle, Winter Garden, FL 34787.
Posted by Dobbs Funeral Home Obituaries at 4:01 PM

To the family of Mr. Owens: I am very sorry for your loss. Rev. 21:4 says that one day soon God "will wipe every tear from their eyes, and death will be no more, neither will mourning nor outcry nor pain be anymore." We all look forward to that time. Your family is in our thoughts.