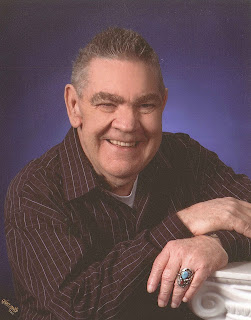 James Richard Sweeney, age 75, left us on Sunday, December 23, 2012.  James was born in Quick, West Virginia, the son of Elvin David and Bonnie Ileen (Smith) Sweeney, Sr.  He was an entrepreneur working various industries and member of Faith Family Community Church.
James leaves to cherish his memory, 3 sons, Richard Lee (Shelly), Sr. of Orlando, Steven Ray (Lisa) of S. Charleston, West Virginia, Monty Dale (Lindsey) also of S. Charleston West Virginia; 2 brothers, Elvin D.,Jr. of Clermont, Howard Wayne of Tampa.  He is also survived by 7 grandchildren; 7 great-great grandchildren and 2 great grandchildren on the way.  He was preceded in death by his sister Celestial Ann Still of Tampa by 13 hours.
The family will be receiving friends at Dobbs Funeral Home from 1:00 until 2:00 pm. on Saturday, December 29, 2012, followed by the funeral service at 2:00 pm.  Interment will be at Woodlawn Memorial Park Cemetery with Pastor Thomas Hensley officiating.
Posted by Dobbs Funeral Home Obituaries at 2:05 PM

Rick, Steve, Monty and Families, I am so sorry to hear about Richards passing. He was a special person . Keep his memories close to your heart. My thoughts and Prayers are with you all. May God bless you.
Beverly Sampedro

Sorry to here of Richards passing.. My thoughts and prayers are with you all in this time.May God bless you all and give you comfort.RIP Richard

I am so sorry to hear of Richard's passing. But, I know that he is with Jess and Valda and they are enjoying their time together in Heaven. My prayers for comfort and strength.

I will miss "Uncle" Richard. He was a kind and carring person.He let myself and his neice Dorita stay with him in our time of need. PS. I miss the cans of beans he always had to have for dinner.Love you Rick and Shelly.

To the Sweeney family and friends: My deepest sympathies on your loss. Soon our loving heavenly Father will eliminate death forever and give us the opportunity to see our loved ones again. (Isaiah 25:8) What a comforting thought. You may be bale to see Richard in the future and enjoy his company once again. May that sure promise and your cherished memories of him give a measure of comfort at this time. Your family is in our thoughts!