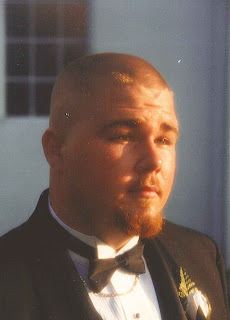 Michael Anthony Kurpiewski, II age 31 passed away on Monday, December 10th, 2012.  He was born in Dearborn, Michigan the son of Richard Farley and Cynthia Kurpiewski.  Michael was employed as a driver in the towing industry and a member of St. Andrew Catholic Church.


The family will be receiving friends from 5:00 until 7:00 pm on Sunday, December 16th, 2012 at Dobbs Funeral Home.  A Mass of Christian Burial will be held at 10:00 am on Monday, December 17th, 2012 at St. Andrew Catholic Church with Father Leo Hodges officiating.  Interment will be Lake Hill Cemetery at a later date.
Posted by Dobbs Funeral Home Obituaries at 1:57 PM