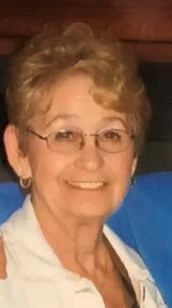 Patricia Jean Meier, 80, passed away on July 29th, 2020, in Oakland, FL.  Patricia was born in Detroit, Michigan on April 28, 1940.  She moved to the Central Florida area in 1978.  While in Florida, she was a business owner and a member of the American Business Women’s Association.  She was also a single mother, successfully raising six children. She is preceded in death by her husband, Marvin Meier, her mother and father, Helen and John Shuert, and her brothers and sister-in-law, William Shuert, Bert Shuert, and Eileen Shuert.  Patricia is survived by her sister, Carol Lipsit, her six children, Kenneth King (Susan), Rex King, Royce King, Wayne King (Amy), Patrice Tindall (Glenn), Gregory King, 17 grandchildren, and many great grandchildren.  This tremendous loss is felt deeply by her entire family, and she will be dearly missed.