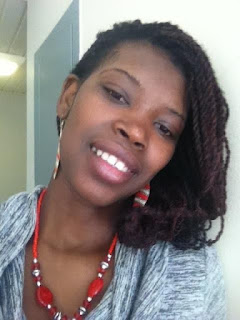 Cherlie was born in 1989. She started her elementary studies in l’Azile and at the age of 11, she moved to St Marteen, where she completed middle school and high school. Shortly after her graduation, she got hired as a Bank teller in St Marteen. In 2010, she decided to move to Miami, and later to Orlando where she joined the First Haitian Baptist Church of Orlando in 2011. In 2012, she met Johnny Ilceus, the father of her daughter Ashley. Cherlie sacrificed herself to make sure her daughter was well taken care of. Cherlie was truly loved. We know that she would not want to see any of us crying; that is why, we keep her angelic and contagious smile in our memories. Cherlie has gone now to her Savior, for she loved the Lord with all her heart, mind and soul, but Cherlie will never be forgotten.

The family will be receiving friends on Thursday, September 23, 2021 from at 9:00 am, followed by the funeral service at 10:00 am at the First Haitian Baptist Church of Orlando, located at 4701 Lennox Boulevard.