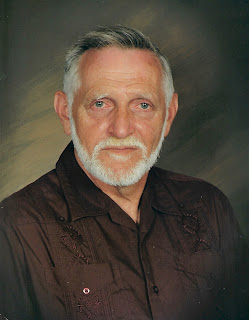 James William Coup (76) passed away from cancer on September 01, 2021 at his home in Gotha, Florida.
Jim was born in Lewisburg, PA on November 24, 1944. In February of 1962 he enlisted and became a Photographer's Mate in the US Navy. He served 4 Tours of Duty in Vietnam. He eventually traveled the world serving on both ships and shore duty. He received several Awards and Commendations to include the Navy Achievement Medal. He retired after 25 years as a Chief Petty Officer.
After separation from the Navy, in 1986 he began his second career as a Crime Scene Technician with the Orlando Police Department. His wartime photographic experience helped him excel at working major crime scenes. That experience also allowed him to take care of his co-workers from a personal point of view. His dry sense of humor was a source of fun and support for many of the officers and detectives working those scenes. He was instrumental in transitioning the Department Photo Lab from Film to Digital photography. When he retired in October 2003, he was a Court Certified Expert Witness and Chief Forensic Photographer. He received Awards and Letters of Commendation from Police and civilians alike. He is remembered as someone who could strike up a conversation with anybody.
He is preceded in death by his father Leroy, mother Emily, his sister Darla, and brothers John, Butch, and Homer. He is survived by his wife Pat, his sons James, Dale and Dave. His brother Lee and his sisters Sylvia, Mary and Edith. He has 3 grandchildren.
The viewing and funeral will be held at Dobbs Funeral Home, 430 N. Kirkman Rd. Orlando, FL. 32811 on Tuesday, September 14, 2021. Viewing at 1100. Service at 1200. He will be interred on Monday September 20, 2021 at the Cape Canaveral National Cemetery, 5525 US Highway 1, Mims, FL. 32754
In lieu of flowers, please make donations to the American Cancer Society in his name.
Posted by Dobbs Funeral Home Obituaries at 8:08 AM