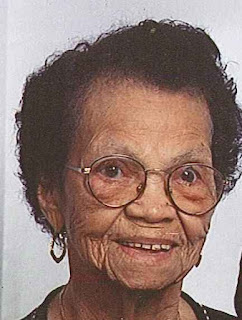 
Elvernest Goring was born in Georgetown, Guyana, South America on March 28th, 1914 to Tom and Mary Goring. On July 27th, 2012, the Lord called her home. While in Guyana, Gran, as she was commonly known, was a Seamtress and Homemaker. Her main job was caring for her family. In 1975, Gran immigrated to the United States of America to be with her Daughter Lynette, Son-in-law Raymond and her grandchildren in Minneapolis, Minnesota. In 1980, Raymond and Lynette  moved once again to Geneva, Florida and once again, Gran was there with her family.