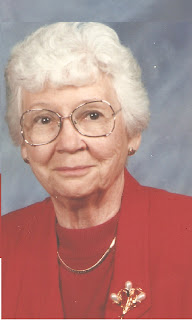 Margaret McNair, loving wife and mother, died July 22, 2012 following an eight year battle with Alzheimer's Disease. She was 88 years old. A stay at home mom, she stayed busy raising three children before retiring with her husband, Bill, to Homosassa, Florida in 1977. Margaret was a long time resident of Sugarmill Woods until 2006 and one of the earliest members of the Sugarmill Woods Country Club. She was an avid bridge player and was instrumental in the formation of many of the bridge groups that are still in play today. She also enjoyed golf and remains the only member of her family to ever score a hole in one. She was a long time member of the First Presbyterian Church of Crystal River. She is survived by her husband of 64 years, Bill, three children, Ed McNair (Charlotte), Jean Smith (Terry), and Lee McNair, two grandchildren and four great grandchildren.

In lieu of flowers, the family requests donations be made to: Cornerstone Hospice, Orlando Lutheran Towers Foundation, or The Alzheimer's Association.
Posted by Dobbs Funeral Home Obituaries at 2:42 PM