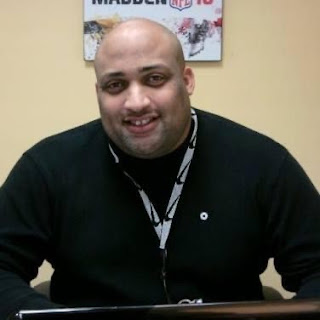 Earl Maurice Barnett was born and raised in Orlando, Florida, the son of Earl Barnett Sr. and his late mother Arlene Moore Barnett on May 11, 1969.  He unexpectedly passed away on Sunday, April 25, 2021.  Not only was Earl the eldest brother to his sister Arvis Grier and late brother Shawn LaDon Barnett; he was the younger brother of his older sisters Bonita Ghant and the late Sharon Moore Pillot.  He was also the loving fiance' and soulmate of Denisse Henriquez, a wonderful father to Eric Barnett, and an admired father figure to Angel Morales.

Even though Earl's life was too short for many, but those who were touched by his wisdom understood his strength and knew that the quality of his existence far exceeds the quantity of time in which one lives.  He was a man who would push others to strive for more in their lives and not to listen to those who would tell you that you could not do something.  He would say, "Research what you want to do and obtain the education you need for that area of expertise.  Then, be whomever you wanted to be in life".

Earl was a very smart man who had many goals and was very talented.  He was a basketball, football, and track and field star from elementary school all the way through his college years.  While at Valdosta State  University, he became a proud member of the Phi Beta Sigma fraternity and from there on he was known as "Avalanche" to his fraternity brothers and his Zeta Phi Beta sisters.

Earl played many roles throughout his life but being in the educational field was such an inspiration for him that he wanted to share his passion for learning with others.  He would always say, "We have to keep moving forward.  We have to keep pushing to make things happen in our lives.  If we don't who will".  His one priority was to make sure his family and students were taken care of and were provided the same opportunities as everyone else.  He was incredibly tough in laying down the law on the first day of school.  Then, from that point forward he changed lives and gave his kids the confidence that normally would have been pushed by the wayside.  The impact he had was legendary.  Earl was probably the most well-beloved educator in history.  His memory and legacy will forever be cherished in the lives of the loved ones he left behind.

Earl will always be remembered as a devoted fiance', loving father, brother, brother-in-law, caring uncle, thoughtful great uncle, cousin, best friend, friend, father figure, grandfather, coach, and inspiration to many.  He will be greatly missed by all.

The family will be receiving friends at 11:00 am, followed by the funeral service at 12:00 pm on Saturday, May 8, 2021 at Dobbs Funeral Home with Pastor Tyrone Thompson officiating.

The service can be viewed by following the link below:

I'm glad I had a chance to tell you how grateful I am that you took time to mentor my son Chris. You were a wonderful man and we will miss you tremendously. Deland Prep will not be the same. Rest in Peace friend 😔

With Love Molinda and Chris

A good friend and frat brother,

Earl was my roommate at Valdosta State University. A good friend, and he loved life. I was crushed to hear of his passing. My condolences to his family.

Earl Barnett was a great man and friend. RIP.