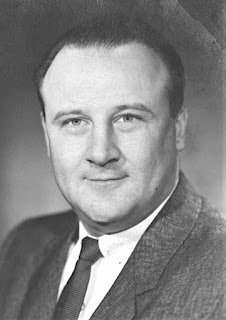 Steven Malkowski, age 95 of Orlando, died on May 18, 2021. Mr. Malkowski was a retired engineer from Lockheed-Martin.  Born in Chicago, IL he moved to Orlando in January 1959.  He was a member of St. Andrew Catholic Church,  He was a life member of the Knights of Columbus, an advocate for social services, a former chairman of the Department of children and Families, District 7 ADM planning council which covered Orange, Seminole, Osceola and Brevard counties, served on the state ADM planning council, was on the executive board of Florida NAMI and NAMI of Orlando.  He also served on the advisory board for Northeast Florida State Hospital, and the Florida Center in Avon Park.  He was a U.S. Navy veteran.  His love for athletic excellence resulted in placing highly in the entire U.S. Naval aviation strength, speed and agility tests during WW2.  As a naval cadet he rose to battalion commander of his class.  The end of the war ended his flight training.  He was also a registered lobbyist for social services in the State of Florida.  In the 1990s he initiated a drive to achieve equitable funding for Central Florida ADM programs resulting in a 5.5 million dollar yearly, recurring increase.  During his years before becoming and engineering graduate from the University of Illinois.  He worked as a professional entertainer doing circus acts on various early television shows, as well as in nightclubs, theaters, and fairs.  In Central Florida he also served as vice president of cub scouting while his sons were members.  His main hobby was bowling at which he became exceptionally accomplished as evidenced by numerous 300 games and an 800 series.  He also raised exotic plants, mainly orchids and bromeliads.

He is preceded in death by his wife Imelda "Millie", He is survived by sons David of Oviedo, Steven T and John both of Orlando; daughter Ruth Rauenzahn of Orlando,  five granddaughters, Sarah, Jamie, Amy, Anna and Kyra all from the Greater Orlando area; sisters Alice Klecker (deceased) from St. Petersburg, FL, MaryAnn Cluggish from Boston, Mass.

The family will be receiving friends at 9:45a, followed by a funeral mass at 10:30a on May 26, 2021 at St. Andrew Catholic Church with Father Bart Garcon officiating.

In lieu of flowers, we request donations be made to https://www.lls.org/. The leukemia & lymphoma society.