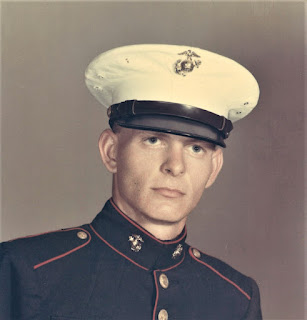 Gerald "Jerry" Pavlovsky, Jr. passed away on Friday May 21, 2021 at the age of 75.  Born in Chicago in 1945, he grew up in Orlando after his family moved there in 1948.  He attended St. James Catholic School and Edgewater High  School.  After high school, he served three years in the United States Marines and fought in the Vietnam War.  He was a life member of the VFW and a member of the American Legion.

Following his honorable discharge from the military, he graduated from Florida Technological University (now UCF).  He worked at Southland Corporation in Orlando for nearly 20 years, then at Sysco Food Services in Ocoee for over 25 years.

After retiring from Sysco, he moved to Cape Canaveral where he could enjoy all his favorite things.  He loved to fish, golf, and relax at the beach.  He also had a great love for animals, and he enjoyed telling people about his grand-dog Red.

He is preceded in death by his parents Jerry and Elsie and his sister Eloise.  He is survived by his son Nick Pavlovsky; daughter-in-law Jamie Pavlovsky; Nancy Pavlovsky (Nick's mother); brothers Norman, Arthur, and Phil; sisters Charlotte and Dolores.

The family will be holding a funeral mass at 10:00 am on May 28, 2021 at St. Andrew Catholic Church with Father Leo Hodges officiating.  Internment will follow the mass at Florida National Cemetery in Bushnell at 2:00 pm.

Posted by Dobbs Funeral Home Obituaries at 11:33 AM

A great older brother to have. Sorry you left us early. I'll see you again some day.

Just saw this while revisiting Eloise's obituary. I am so sorry to hear about Jerry's passing. He was the quiet one out of the Pavlovky kids(?) as I remember, but respected equally as much. God bless you Jerry, and hope you are embraced by my dear friend, and your parents. Rest in peace. Joan Hagle

Jerry’s so called wife Nancy, never told Jerry’s family that he passed away. She did call one family member an hour before the funeral.

What a wicked witch!