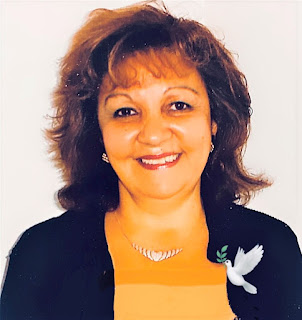 Maria "NaNa" Rodrigues, age 69, of Orlando, FL passed away Monday, June 20th, 2022 at her residence.   She was born in Angelim, Brazil,  on July 19, 1952, the daughter of the late Maria Sulidade Da Silva  and Gediel Rodrigues Marculino.  She was an ambitious business woman and was employed as a real estate investor.

Maria moved to New York from Brazil in 1975 and married her best friend Elias Bispo in 19976.  She lived in the Borough of Rutherford, New Jersey in 1981 and opened "C & K" Bakery successfully from 1984 until 1990 when they moved to Florida in 1990.  She became a real estate investor in 1992 and remained so throughout her life.

She was a beloved friend to all and was full of life and leaves to cherish her memory, daughter Kathleen Jensen of Richmond Hill, Georgia; son Christopher Bispo of Orlando; brothers Cicero Marculino of Brazil and Joao Marculino of Orlando; sister Maria Aparecida of Brazil; and her 5 grandchildren, Nathan, Tristen, Jasmin, Annabel and Vivian loving them all.

The funeral service will be held at Tabernacle Baptist Church located at 6000 W. Colonial Drive, Orlando 32808 on Wednesday, June 29, 2022 at 7:30 pm with Pastor Steve Ware officiating.