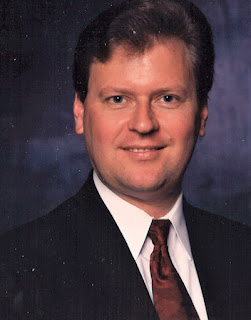 Michael Willliam Clark, age 61, of Orlando, FL went home to be with the Lord on Thursday, June 2, 2022.  A devoted husband and father, Michael was born in Gainesville, FL the son of Donald Lewis Clark and the late Peggy Jane McAlister.

Michael graduated in 1987 , summa cum laude, from the University of Tampa with a Bachelor’s degree   in Computer Science.  His wife, Kelly Dunlevy Clark, also graduated with him in 1987.  Eventually, Mike received a Masters degree from Golden Gate University while serving in the Air Force in Sumter, S.C. Michael proudly served in the Air Force for 12 ½ years, starting as an enlisted airman and later obtained the rank of Captain in 1991. His military experience took him to bases in Tampa, FL, Biloxi, MS, Sumter, S.C. and Keflavik, Iceland.  Michael enjoyed his tours in the Air Force and it was clear to others that it was his “calling.” When thanked for his service he would usually answer “ my pleasure” and he was grateful  for the opportunity to serve this great nation. His sense of humor brought joy to his family and those who knew him. Michael and Kelly were married 36 years.

A celebration of life service will be held Thursday, June 16, 2022 at 9: 00 am in Marie Williams Chapel at First Baptist Church Orlando 3000 S. John Young Pkwy Orlando, FL 32805.  The commital will follow at Bushnell National Cemetary in Bushnell, FL.  In lieu of flowers, the family requests contributions be made in his memory to assist with burial expenses. Please send to Dobbs Funeral Home 430 N. Kirkman Road Orlando, FL  32811    407-578-7720

Posted by Dobbs Funeral Home Obituaries at 11:50 AM

Dear Kelly, Will, Becky and other family and friends, I am so sorry for your loss. Kelly, you shared that Mike’s passing was unexpected in spite of his many physical challenges over the last few years. I cannot help but think that Jesus was ready to bring him home where there is no more pain and no more tears. My prayer is for the Father of mercies and the God of all comfort to sustain you as you look to him for hope and provision in the coming days and weeks and years.
With my love,
Karen Yates Ratchford

Rick and I just found out about Mike. We were so sorry to have heard that news.😥 We hope you all are okay. We will keep praying for the family. We're sending our love.❤🙏🏾Cousins Rick & Judy Keagy