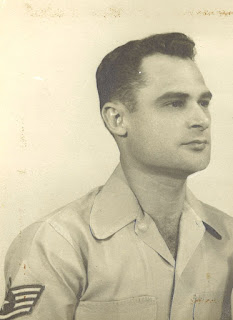 Charles served 20 years in the U.S. Air Force, he served through the Korean war and several conflicts including the Cuban crisis. His wing was stationed to Key West to monitor all movement on the island of Cuba (right in their front yard). He retired at Langley Air Force Base in the spring of 1968 as a Master Sargent.

He brought his family back to Orlando and went to work for USPS. He served in management for 18 years. He retired with wife Rubye to their lake house in Windermere where he became part of a postal retirement community. He continued to volunteer in helping his new community. His retirement years were spent enjoying his home, family, friends and fishing.
Posted by Dobbs Funeral Home Obituaries at 6:07 PM