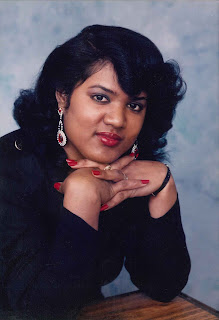 Sharon Maureen Roberts, age 50, of Orlando, passed away Saturday, June 20th, 2015 at Florida Hospital Orlando.   She was born in Clarendon, Jamaica,  the daughter of the late Winifred and Leslie Lynch and was employed at a nursing home.  Sharon was a member of  Church in the Son Orlando.

The family will be receiving friends at Church in the Son located at 4484 N. John Young Parkway, Orlando 32804 from 10:00 until 11:00 am followed by the funeral service at 11:00 am on Saturday, June 27, 2015 with Pastor Alex Clattenburg officiating.  Interment will be at Winter Garden Cemetery.

My condolences to the Roberts family. May you find comfort in knowing the true state of your loved one (Ecclesiastes 9:5; Psalm 146:4).