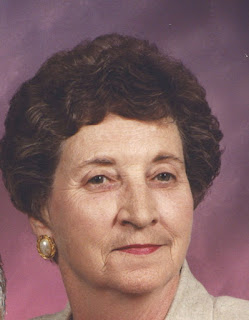 Patricia Joanne Maciejczyk (Joanne Maciejczyk) of Fruitland Park Florida passed away on Tuesday,Beckley, WV; the daughter of the late Josephine Fleming and Herman O'Neal.  Joanne is preceded in death by her husband Frank Maciejczyk (September 9, 2006) and her sister Margaret Barker.  June 23, 2015 of natural causes in her home at the age of 81.  Joanne was born in

Joanne spent most of her adult life and working years in Anne Arundel County Maryland, working in the school system as an elementary school teacher with children with special needs.  She was a devoted wife, loving mother and grandmother. Her and her late husband Frank moved to Florida in 2004 to be closer to her only Son Stephen Joseph Maciejczyk and her grandson Frank Anthony Maciejczyk.  She lived her life making others happy and was a ray of sunshine and life to anyone she met or spoke with.  Her love was of children and her family and in her retirement years she lived her life for son and, especially the joy of her life, her grandson Frankie.  Nana was his world and Frankie was Nana's world.

The family will be receiving friends at Dobbs Funeral Home on Monday, June 29, 2015 from 3:00 until 5:00 pm., followed by the funeral service at 5:00 pm with Deacon Laurence Herbert officiating.

There will be no immediate graveside service so kindly limit any flowers to tasteful center prieces or live plants.  Thank you for your consideration.
Posted by Dobbs Funeral Home Obituaries at 9:56 AM

For Stephen, Frankie and Shirley...

Joanne was family and so are all of you. Please accept our heartfelt love and condolences.

With all our love,