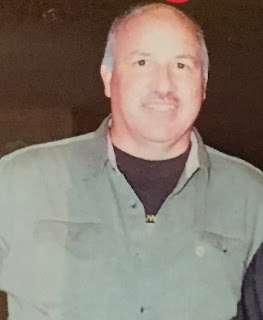 Rhys Matteson Dervan, age 56, of Ocoee,  Florida passed away Monday, June 8th, 2015.  He was born in Miami, Florida the son of the late Cathleen (Madison)  and Bernard Dervan.  Rhys retired from the United States Army as a captain and was a member of St. Paul Presbyterian Church.  He was employed as a trainer for the Department of Justice.

The family will be receiving friends at St. Paul Presbyterian Church, Orlando, FL from 9:30 until 10:30 am followed by the funeral service on Tuesday, June 16th, 2015.  Interment will be at Florida National Cemetery at 2:00 pm in Bushnell, Florida.
Posted by Dobbs Funeral Home Obituaries at 12:39 PM

Bless you all. Prayers for your entire family. Rip Rhys.
May the Lord jesus comfort you each and every one.