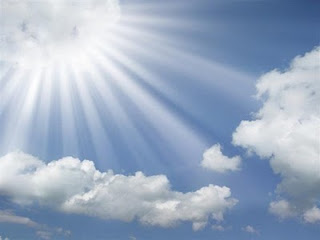 The funeral service for the daughter of Eli and Jaline Bredy will be held at 10:00 a.m. on Wednesday, September 29, 2010 at Dobbs Funeral Home with Pastor Emmanuel officiating. Interment will follow the service at Greenwood Cemetery.
Little Angels
When God calls little children to dwell with Him above,
We mortals sometimes question, the wisdom of His love.
For no heartache compares with the death of one so small child,
who does so much to make our world seem wonderful and mild.
Perhaps God tires of calling the aged to His fold,
so He picks a rosebud before it can grow old.
God knows how much we need them, and so He takes but a few,
to make the land of heaven more beautiful to view.
Believing this is difficult still somehow we must try.
the saddest word mankind knows will always be "Goodbye."
So when a little child departs, we who are left behind,
Must realize God loves children, Angeles are hard to find.
Posted by Dobbs Funeral Home Obituaries at 3:27 PM 2 comments: 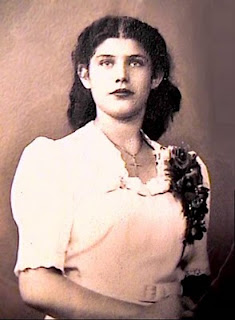 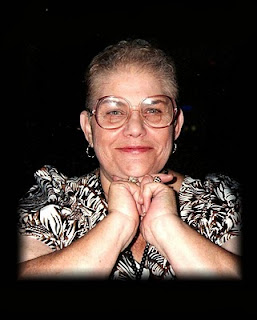 Josephine Romano, age 80 of Casselberry passed away on September 20, 2010 after a brief illness. She was born in New York and resided in California before settling in Orlando. Jo was a devoted homemaker for her family as well as a volunteer for Christian H.E.L.P. in Casselberry. Jo was predeceased by her husband of 41 years, Tony Romano, as well as her parents, John and Jennie Nicosia, and brothers Mario and Daniel. She is survived by her son, Anthony M. Romano of Orlando, and her sister Barbara Masino and brother-in-law Nick of New Jersey. She will be forever missed by her adoring nieces and nephews and grandniece and nephews. 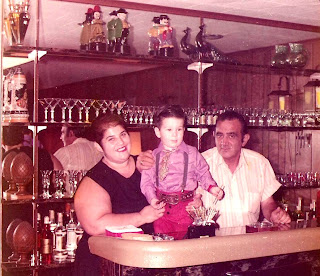 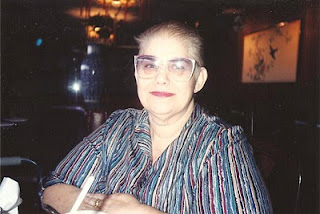 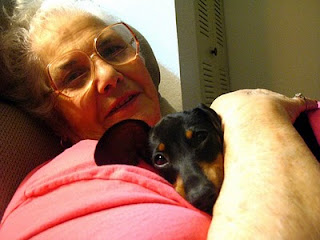 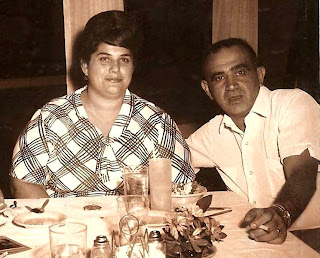 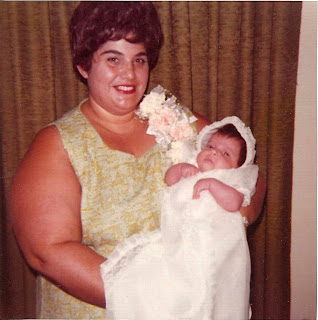 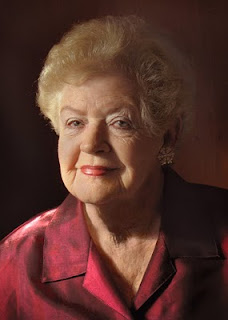 Jim McRae Barker, the only child of Lilla and Grover McRae, was born on January 8, 1927, in Sebring, Florida, where her parents owned the "5,10, and 25-Cent Store." From first through twelfth grade, Jim attended Sebring's only public schoolhouse, where she enjoyed playing clarinet in the award-winning high school band, cheer leading, and attending Beta Club. Jim was named valedictorian of her graduating class in 1944, and won a scholarship which allowed her to continue her education at Duke University, where she earned a Bachelor's Degree in English i n1948.

In 1950, the Barkers began their nomadic years as Mark sought experience in a new medium: television. The couple moved from Greensboro, N.C., to Deland, Florida, back to Greensboro (where son Kent was born in 1952) and eventually to Cedar Rapids, Iowa, where Mark worked as a station production manager. In 1954, Mark eagerly accepted a job as production manger at WDBO television (now WKMG) in Orlando, Son Bruce was born in 1956.

Jim devoted most of her time to raising her sons. Her days were spent transporting young surfers to nearby beaches and charting laps as Bruce raced quarter-midgets. When Kent excelled at diving, Jim was in demand as a diving judge at local swim meets. And when she took in a foster son, Don Geving, Jim added football fan to her resume.

A tireless community volunteer, Jim served as chair of Orange County Mother's march of Dimes; answered crisis calls at the We Care hotline; served on the board of Goodwill Industries; and was a proud founding board member of the West Orange Farmworker Health Association (now Community Health Centers, Inc.). A passionate music fan, Jim volunteered for Civic Music, the Florida Symphony Orchestra, and the Ballet Royal, of which her son Kent was a member.

When the boys were older, Jim rejoined the work force as a copywriter for WKIS Radio. After her divorce in 1974, Jim embarked on a career as a social worker until she fund her dream job -- Administrative Assistant to the Manager of the Florida Symphony Orchestra, where she handled negotiations with visiting guest artists and rubbed shoulders with famous names of the era, including Boston Pops conductor Arthur Fiedler and ballet dancer and choreographer Edward Villella.

After leaving the symphony, Jim accepted a part-time job in a friend's travel agency and fell in love with the business. In 1985 she bought Phillips International Travel in College Park, which she ran for 11 years. Jim prided herself on pampering her beloved clients and especially enjoyed organizing the Orlando Sentinel's London Theater Tour, among other group adventures. her greatest pleasure was traveling; the British Isles, Europe, the Caribbean, Mexico, Australia, and Egypt were favored destinations.

Jim is survived by her sons, Kent and Bruce (Diana); her grandsons, Graham, Weston, and Amon; her foster son, don Geving (Patricia) and foster granddaughters, Shannon and Colleen; and her goddaughters, Judith Eyman and Mimi Waddell. 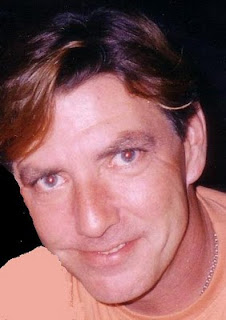 Kevin J. Bonner age 50 of Orlando, passed away on Monday, September 13th, 2010. Kevin was born in Upper Darby, Pennsylvania the son of Frank and Maureen (McBride) Bonner. He was employed as a server for a theme park. Kevin leaves to cherish his memory son Evan Van Orsdell of Maine; partner Eddie of Orlando; brothers Frank Bonner of Haines City, Brian Bonner of Tennessee and sisters Maureen Campbell and Megan Bonner of Orlando. The family will be receiving friends on Monday, September 20th, 2010 at Dobbs Funeral Home from 6:00p until 8:00p and on Tuesday, September 21st, 2010 from 11:30a until 12:30p. The funeral mass will be held at Holy Family Catholic Church at 1:00 pm on Tuesday, September 21st, 2010.
Posted by Dobbs Funeral Home Obituaries at 8:57 AM 21 comments: 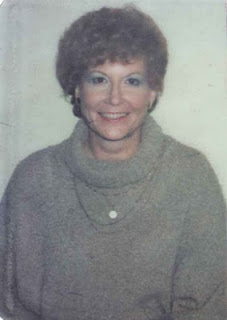 "I am with my family in thought and prayer"

The word family holds different meanings for different people. I may assume that being with family means connecting with the people who brought me into this world and raise me, those who shaped me during my formative years. But I may also consider my family to be the people with whom I share time, energy and love, either at home, at church, at work or at play. While I would like to spend time with my family regularly, my physical presence may not be possible. Nevertheless, I can call, write or e-mail them, and I can be with them in my thoughts and prayers at all times. In truth, I am never far from those I love, the people I know as family. We are one in spirit.

"Whenever we have an opportunity, let us work
for the good of all, and especially for those of the family of faith."
Galatians 6:10 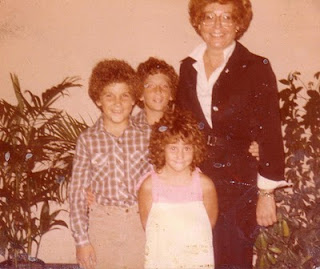 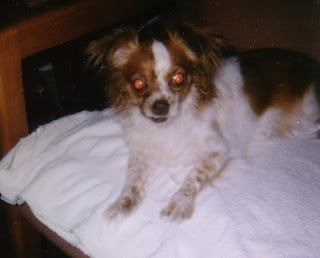 Joan Marguerite Rankin age 72 of Orlando, passed away on Saturday, September 11th, 2010. She was born in Cleveland Ohio the daughter of Eugene and Ida (Newman) Cary. Joan was employed as a Real Estate Legal Secretary and a member of Calvary Assembly Church. She leaves to cherish her memory daughter Katherine Elizabeth Halstead of Orlando; two sons William James Rankin of Geneva and David Andrew Rankin of Maitland; sister Meryl McCoy of Alexandria, Virginia and six grandchildren. There will be a family gathering in celebration of her life on Saturday, September 18, 2010 at 4:00 pm at 221 Wood Lake Drive, Maitland Florida.
Posted by Dobbs Funeral Home Obituaries at 3:38 PM No comments: 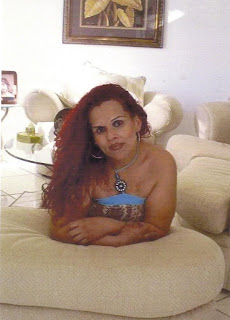 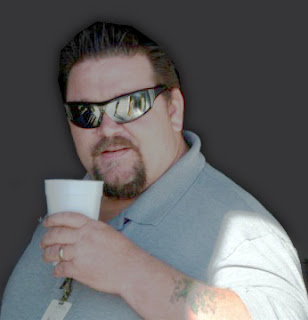 Willard Bernard Cottrell, age 45, passed away on Sunday, August 29th, 2010. Will was born in Baltimore, Maryland, the son of Donald lee and Anna (Hiel) Cottrell. Dedicated to his family, friends, and community, Will touched the lives of the people around him. Leaving a legacy through his involvement with the boy Scouts of America, he helped to shape young boys into honorable men, from Cub Scouts to Boy Scouts to Venture Scouts. Over the years he was a leader, advisor, mentor, confidant, counselor, committee member, and role model. He had a real passion for helping the boys attain their goals, guiding them to the rank of Eagle Scout, and rewarding their achievements with the coveted flame plaque he designed and made. Pushing the scouts with a virtual "kick in the pants" and volunteering his time on projects was only part of the process. He also spent countless hours reviewing service projects as a member of the District Eagle Committee.

Will leaves to cherish his memory, Wife Tara (Eve) Cottrell of Orlando; son Stevie Cottrell; daughter Melissa Cottrell and brothers Ken Cottrell and Donald Cottrell, Jr. There will be a gathering of friends and family from 5:00 - 7:00 pm at Peace United Methodist Church located at 13502 Town Loop Boulevard, Orlando 32837 on Thursday, September 2nd, 2010. A memorial service will follow at 7:00 pm.
Posted by Dobbs Funeral Home Obituaries at 10:54 AM 1 comment: