David Anthony Hawn died suddenly on September 3, 2018.  He was born on January 15, 1985 in Ann Arbor, Michigan and moved to Florida with his family in 1997.  David was a graduate of Dr. Phillips High School and Florida State University.  He was the beloved son of Steven and Cynthia Hawn and brother of Daniel and Christine.  He is survived by his immediate family, his much-loved grandmother, Patti “Tutu” Hawn, as well as aunts, uncles, and cousins too numerous to count.  He will be missed and never forgotten by all who loved him.  A Celebration of Life Service will be held on Saturday, October 20, at 1:00 PM at the Episcopal Church of the Ascension, 4950 S. Apopka-Vineland Rd., Orlando.  In lieu of flowers, the family requests memorial contributions to Second Harvest Food Bank of Central Florida, www.feedhopenow.org where David volunteered.

Posted by Dobbs Funeral Home Obituaries at 8:49 AM 2 comments: 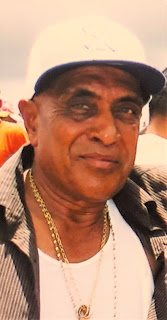 Naraine Diaram, age 72, of Orlando, passed away Wednesday, October 10th, 2018 at Cornerstone Hospice at Orlando Health.   He was born in Georgetown, Guyana the son of the late Diaram and Deorattie and was employed as a security guard.

Interment will follow the service at Metro Crematory in Ocoee, Florida.
Posted by Dobbs Funeral Home Obituaries at 2:32 PM 3 comments: 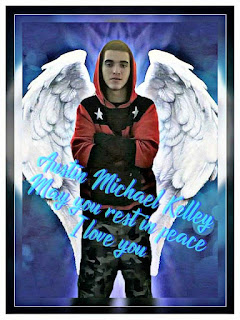 Austin Michael Kelley,  age 20, of Orlando, passed away Friday, September 28th, 2018.He was born in Orlando, FL  the son of Deanna (Kelley) and the late Charles Seth Hartford and was employed as a retail clerk.

The family will be receiving friends from 5:00 until 7:00 pm on Wednesday, October 10, 2018, followed by the funeral service at 7:00 pm at Dobbs Funeral Home.
Posted by Dobbs Funeral Home Obituaries at 9:14 AM 3 comments: 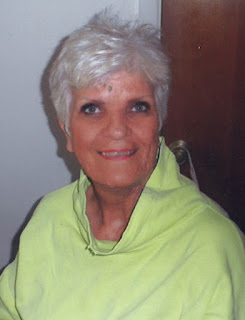 Brenda Sue Conrad, age 70, of Orlando,  passed away Sunday, October 7, 2018.  She was born in Orlando, the daughter of the late Willie (Farmer)  and Leo  Conrad.  Brenda was employed for over 30 plus years as a surgical technician at Orlando Regional Medical Center. She also loved ballroom dancing.

A graveside service will be held at Woodlawn Memorial Park Cemetery on Monday, October 15, 2018 at 2:00 pm with Pastor Dan Entwistle officiating.
Posted by Dobbs Funeral Home Obituaries at 3:05 PM 3 comments: 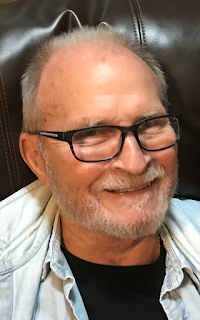 STEPHEN FRANCIS DINDA - AKA STEVIE, LOVEY, MR. D, PAPA STEVE
Steve was born in Farmingdale, New York on 9/4/1942 to Frank Dinda and Frances Stephens Dinda and is the older brother of James Dinda and Elizabeth Churchill.
He graduated with honors from Half Hollow Hills High School, where he was senior class president and captain of the wrestling team.
Steve attended and graduated from Niagara University, where he met his beloved wife Dorothy Ann Cannon. Together they had their first three children in 2 ½ years.
Post-graduation, he had many different careers. Steve was a stock broker for Edwards and Hanley and Dean Witter. He also owned many of his own businesses. His Pioneer General Store in Bethpage, New York, was one of the first convenience stores in the U.S. with gas pumps in front. Steve also owned and operated a chain of gas stations throughout Nassau County, New York.
In his Forest City, Wantagh years, he coached Little League, played softball, competed in the community bowling league and was an avid poker player.
In his mid-forties, Steve left New York and found his calling, selling timeshare for the Marriott Vacation Club in their Telesales department. He became their top producer, won salesman of the year, and was the first Telesales salesman in the history of the company to reach presidential status. He was looked upon as a mentor, trainer, role model, friend and a friendly ear to speak to. He was acclaimed for his ethics and possibly best remembered for his sarcastic wit. He retired when stricken with cancer in 2002.
Steve is preceded in death by his wife Dorothy and is survived by his second wife, Jane Powers and 5 children Susan Fischer (Gregory), James (Kimberly), Joseph, Frank (Kimberly), and Dorothy Mooney (James). He is also survived by his 7 treasured grandchildren, Josh, Jake, Andre, Austyn, Lexi, Aston and Mia.
Steve was a cancer survivor, a life-long Catholic and looked forward to eternal life in heaven.

Posted by Dobbs Funeral Home Obituaries at 11:10 AM 7 comments: 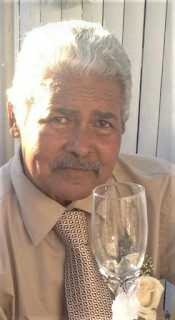 Rafael Angel Hernandez, age 73, of Orlando,  passed away Thursday, September 27th, 2018 at Cornerstone Hospice at Orlando Health.  He was born in San Juan, Puerto Rico,  the son of Eloisa (Muskus)  and Pacifico Hernandez and was employed as a hospital porter. 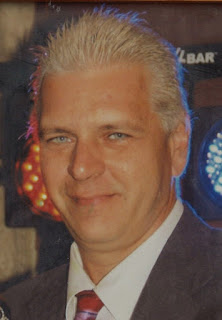 Alan Barry Scott, age 49, of Orlando passed away Saturday, September 22nd, 2018 at his residence.   He was born in Worcester, Massachusetts, the son of Ava Scott and was employed as an auto mechanic.

The family will be receiving friends from 6:00 PM to 7:00 PM on Tuesday, October 2nd, 2018 at Dobbs Funeral Home, followed by the funeral service at 7:00 PM with Rev. Bill Curl officiating.
Posted by Dobbs Funeral Home Obituaries at 10:16 AM 3 comments: