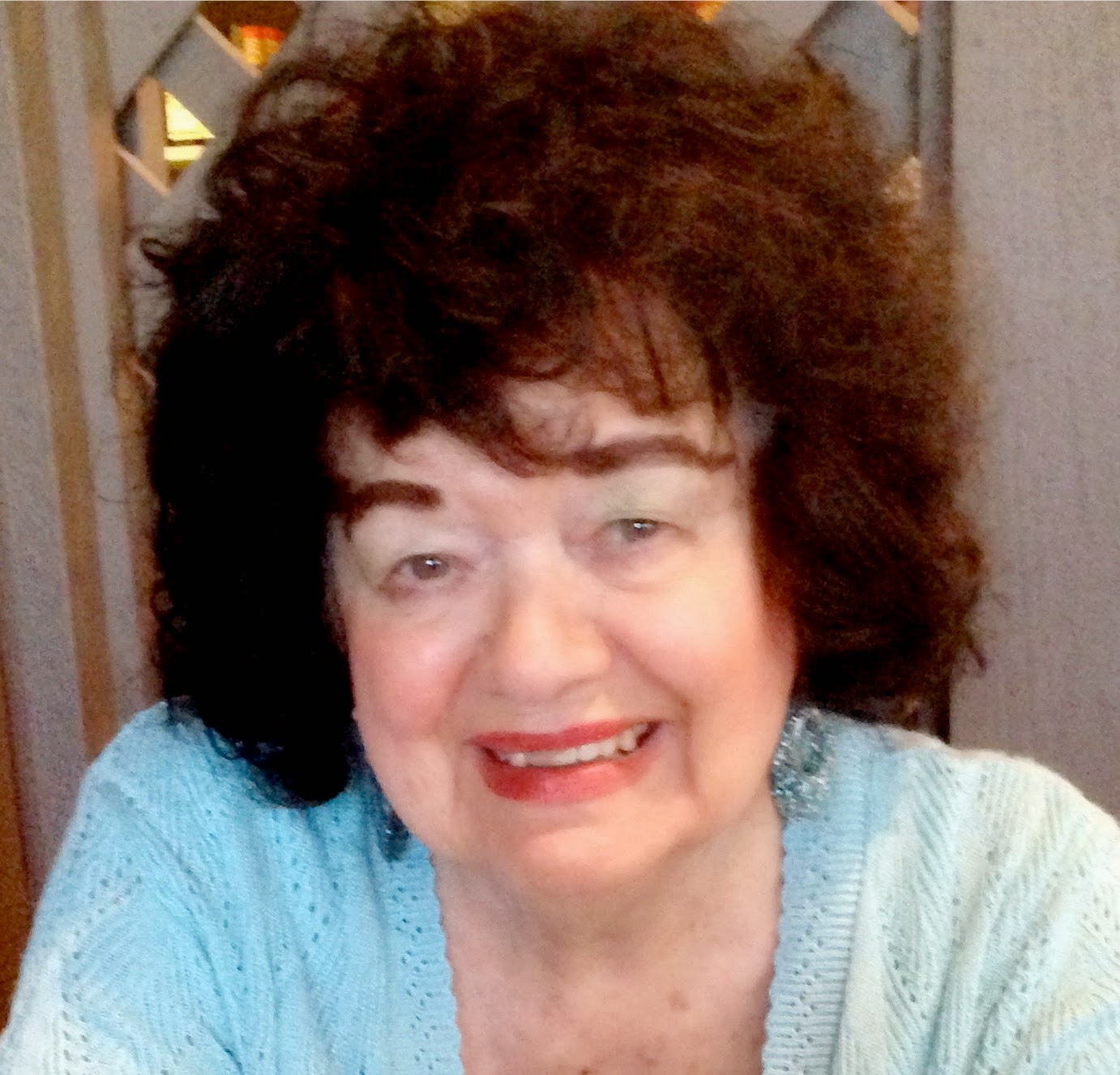 
Juanita B. Smith of Leesburg passed from this life and into the next on Friday, October 17 at 11:20am.  She was 87.   She was born in Decatur, Illinois to Ephraim and Hazel Bailey.  Jesus Christ was her Lord and Savior.

Married for 61 years to Claud Smith, Jr. (who passed in 2007), this loving wife and mother served faithfully beside her husband, singing duets and creating Music Ministries in churches in Alabama, Louisiana and Florida.  She was an amazing hostess, cook, seamstress and was known for her ability to make very little go a very long way.

During her life on this earth, Juanita danced on a train for George M. Cohan, designed her own clothes when she was a teenager, mastered the secretarial skills of shorthand and typing, started her own Kindergarten and helped get her husband and children through college (with only a high school education).  The complete results of her influential life will never truly be known this side of Heaven.

She was dearly loved, will be greatly missed and never forgotten by those whose lives she touched.  Survivors include:  Her daughter and son-in-law, Claudia and Ron Henderson (from Sylvester, GA) Her son, Claud Smith, III (from Orlando, FL) ,Her sister, Beverly Davis (from Alton, IL), Her grandson, Craig Henderson (from East Point, GA), Nephews and great nieces / nephews in Illinois
Posted by Dobbs Funeral Home Obituaries at 4:10 PM 1 comment: 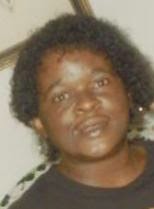 Sarah Charles Jackson, age 60, of Orlando, passed away Friday, October 17th, 2014 at Hospice of The Comforter in Altamonte Springs, Florida.  Sarah was born in Dayton, OH  the daughter of Katherine Weather.  She served in the U.S. Navy and was employed by the US Military as a Supply Officer.
Sarah leaves to cherish her memory husband Bradley  Jackson;  three sisters Denise Weather, Pam Weather, Sherry Weather; brothers Lester and David Weather; and nieces Denika and Danielle Weather.  The family will be receiving friends from 5:00 until 8:00 pm, with the funeral service at 7:00 pm at Dobbs Funeral Home on Thursday, October 23, 2014.
Posted by Dobbs Funeral Home Obituaries at 2:48 PM No comments: 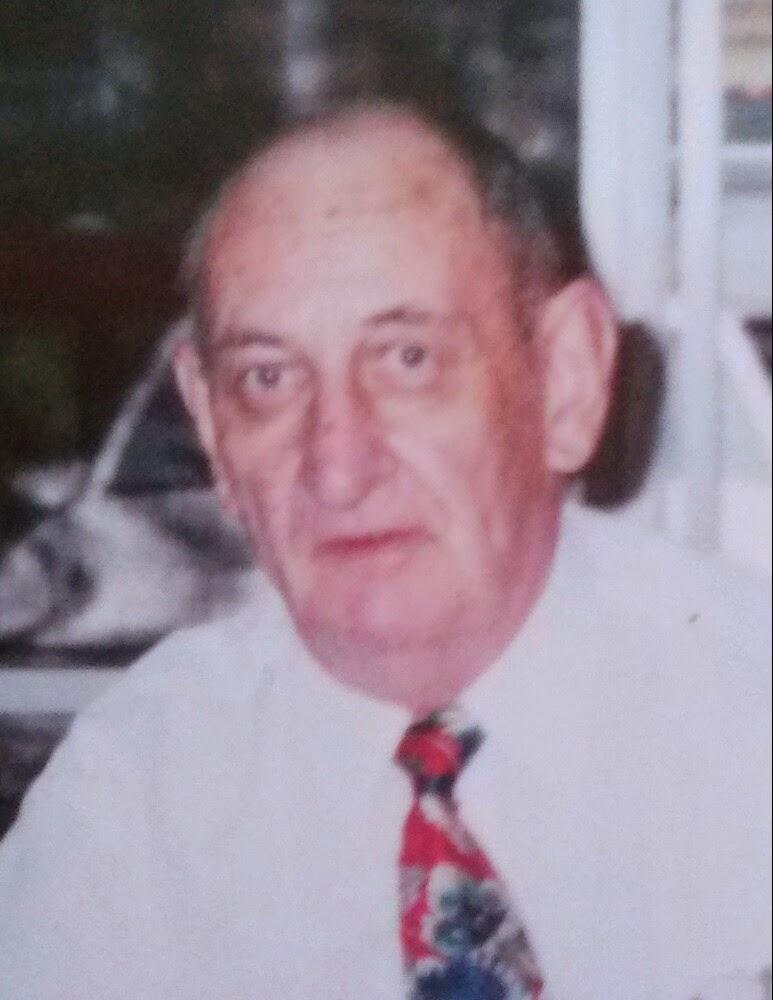 John Edward Hogan, Jr age 85, of  Deltona, FL passed away Wednesday, October 15th, 2014 at his residence.   John was born in Detroit, Michigan, the son of the late Nellie (Dellridge)  and John Edward Hogan, Sr.  He served in the U.S. Army and was employed as an insurance salesman.  He is preceded in death by wife Barbara Hogan and leaves to cherish his memory daughter Lisa Hogan of  and Sheila Collar both of Deltona; granddaughters Laura and Melissa Collar; great grandchildren Daiveon and Darrius Williams; Eli, Isaiah and Illyana Cardona, Aliviana Cabrera and Adriana Thillet.
Posted by Dobbs Funeral Home Obituaries at 11:32 AM No comments: 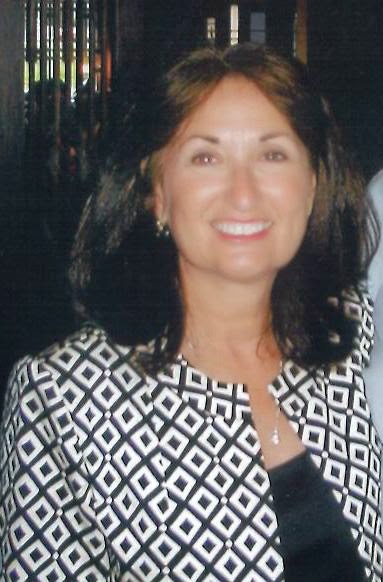 Deborah Lynn “Debby” Dasbach Stewart was born in Tucson, AZ on August 19th, 1955.  Her father Len was a Lt. Col. in the Air Force and her mother Judy was a homemaker, and she has a younger brother David with whom she maintained a close relationship.  Debby grew up mostly in Texas and Oklahoma and graduated from High School in Altus, OK.   Debby went to Oklahoma State University and graduated with a Bachelors Degree in Fashion Merchandise.  Debby was still in close contact with many friends from high school and college.
After college, Debby moved to Dallas where she was a store manager at Casual Corner.   In Dallas, Debby met her future husband Gary and they married at SMU on September 19, 1981. Shortly after getting married, Debby and Gary moved to Staten Island, NY. A few years later, they welcomed their first child Brandon on November 3, 1984.   Debby loved nothing more than being a mom.
Missing the warm weather and friendly atmosphere of the south, Debby and Gary moved to Orlando, FL and eventually settled in the Dr. Phillips community where they remain.   Shortly after moving to Dr. Phillips, Debby and Gary had the joy of welcoming their second child, a daughter Taylor on December 12, 1990.   Debby exercised her passions for merchandizing and fashion by working at Ivey’s and later Dillard’s in the fragrance department, and was very involved in her children’s schools serving as a member of the PTA, serving as room-mom, and spending countless hours working on bazar’s and plays and everything in-between.
With Gary’s job demanding heavy travel and her children’s lives becoming more and more active, Debby decided to become a stay-at-home mom and continued to be incredibly involved with her children and ever-increasing circle of friends.  Debby made friends everywhere she went from work to her children’s classrooms to her neighborhood.
As her children got older and went away to college, Debby maintained an active social life and went back to work part-time working in the office at CDC at St. Luke’s.   Debby had a birthday lunch group “The Pink Flamingos”, a Bunco group “The Dicey Chicks”, a book club, and continued to take amazing vacations to everywhere from Arizona to Key West to Utah to New York City to Alaska.
Debby also enjoyed decorating, keeping an immaculate home, watching The Orlando Magic, travelling, especially skiing with her family and enjoying national parks, and spending time with her large group of friends and her family.
In April 2013, Debby was diagnosed with Squamous-cell carcinoma.  Debby battled fearlessly and courageously with her family and friends by her side.   She passed away on Saturday, October 11th, 2014, at her home with family and friends, as always, by her side.
Debby was so proud that her son had recently graduated from Law School and passed The Bar, and her daughter had recently graduated from college and begun working at a television station.  Debby spent the last few months of her life travelling to the Bahamas to celebrate her parents 60th Wedding Anniversary, and with her husband to Alaska to celebrate their birthdays and 33rd Wedding Anniversary.
Everyone who knew Debby knows how many lives she touched. She was a wonderful person with a contagious laugh, easy-going personality, and warm smile.  She made everyone feel special.
Debby is survived by her father Len, mother Judy, brother David, husband Gary, son Brandon, and daughter Taylor.
Services will be held Saturday, October 18th at 11:00 a.m. at St. Luke’s United Methodist Church.  The family has asked that in lieu of flowers, a donation be made in Debby’s name to Orlando Health Foundation in support of the head and neck cancer program at UF Health Cancer Center – Orlando Health.  The foundation’s address is: 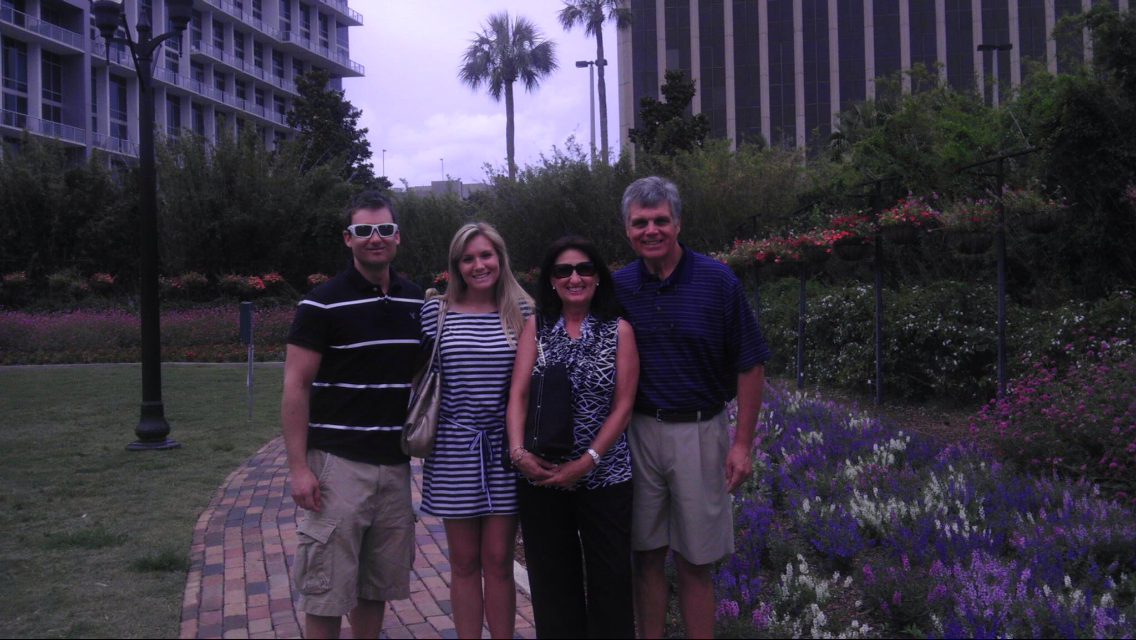 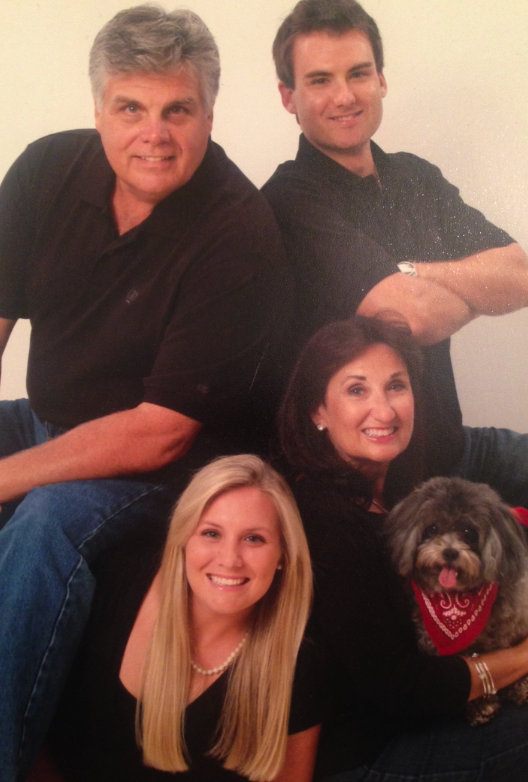 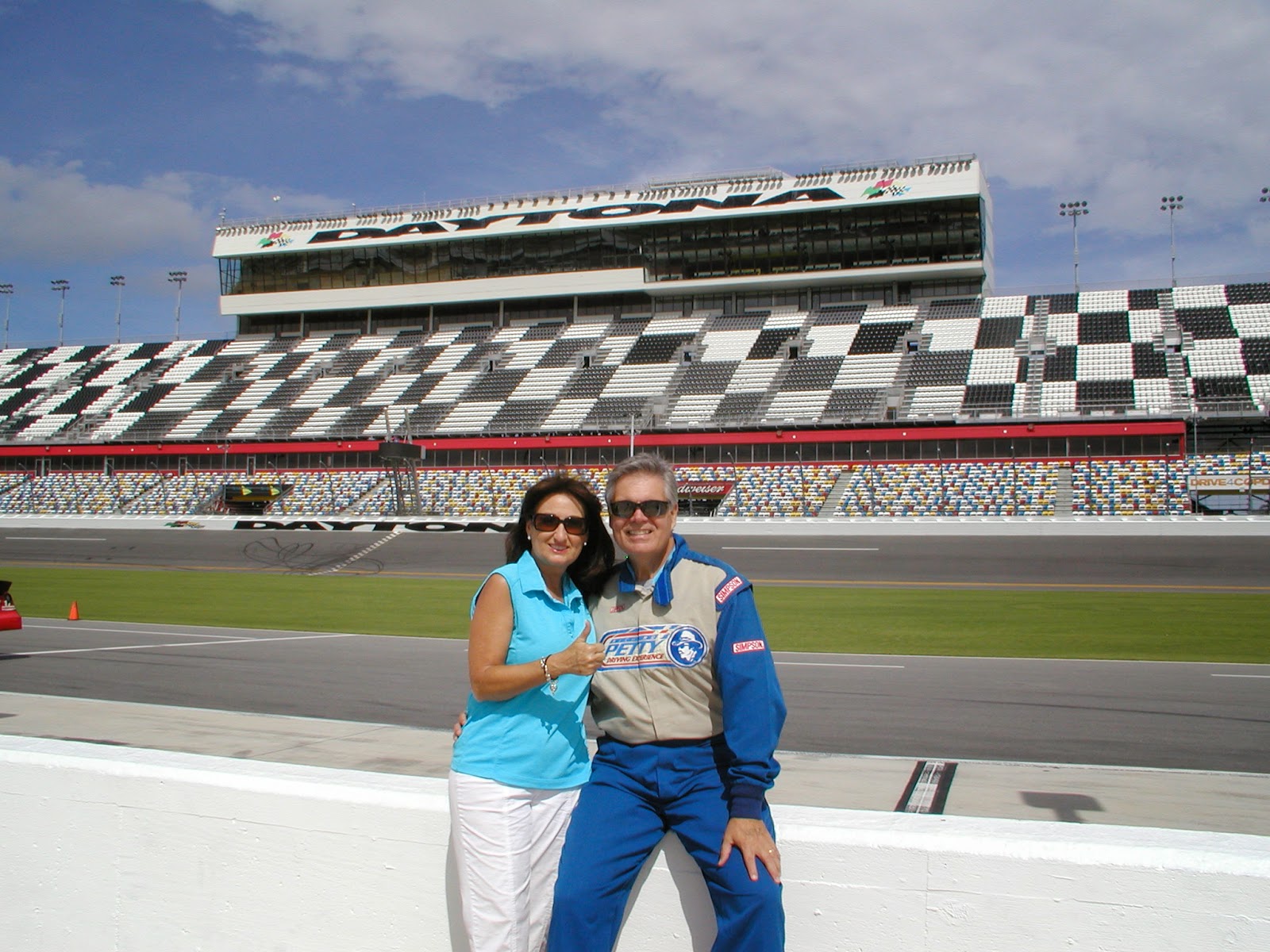 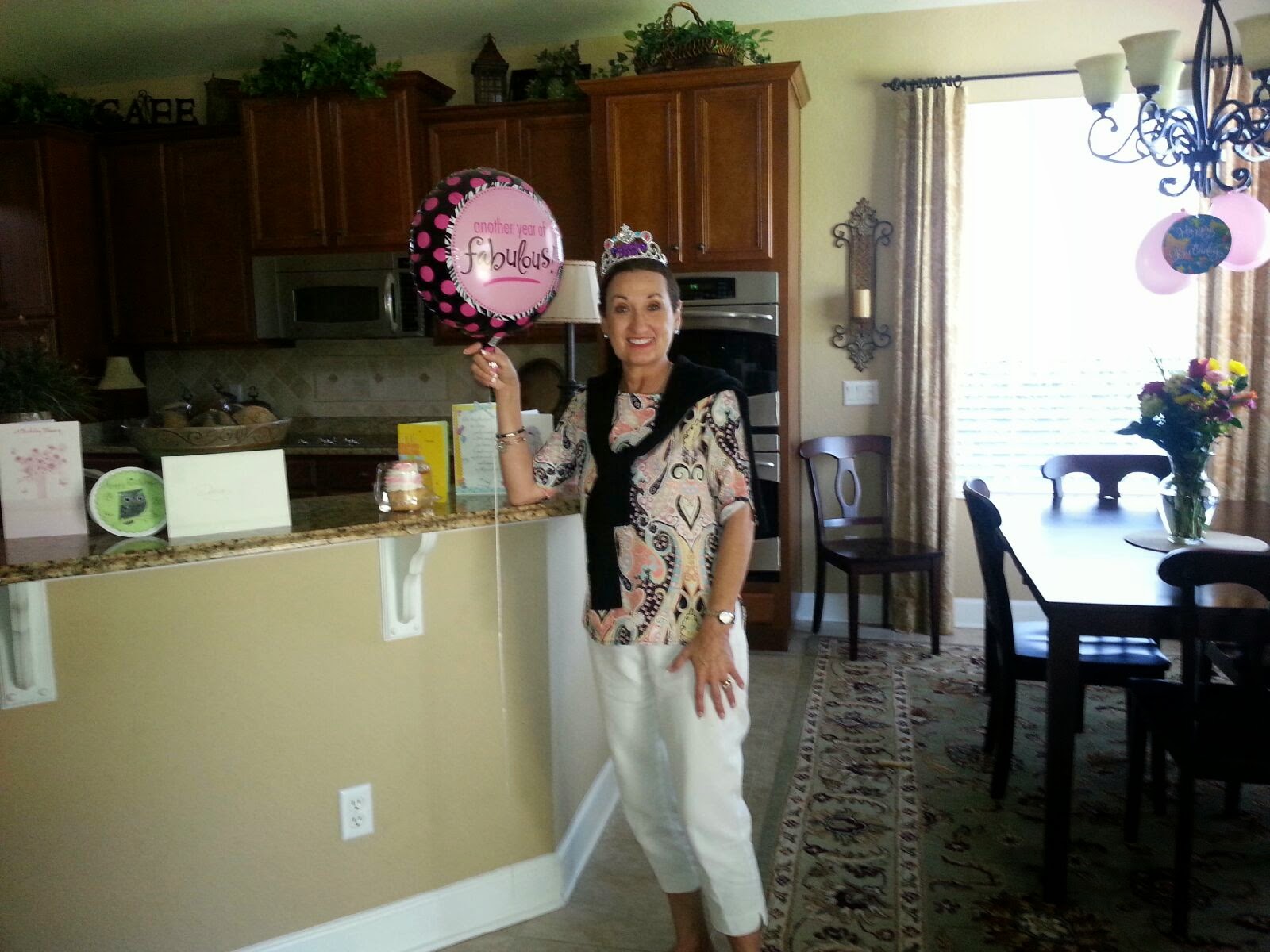 Posted by Dobbs Funeral Home Obituaries at 8:42 AM 2 comments: 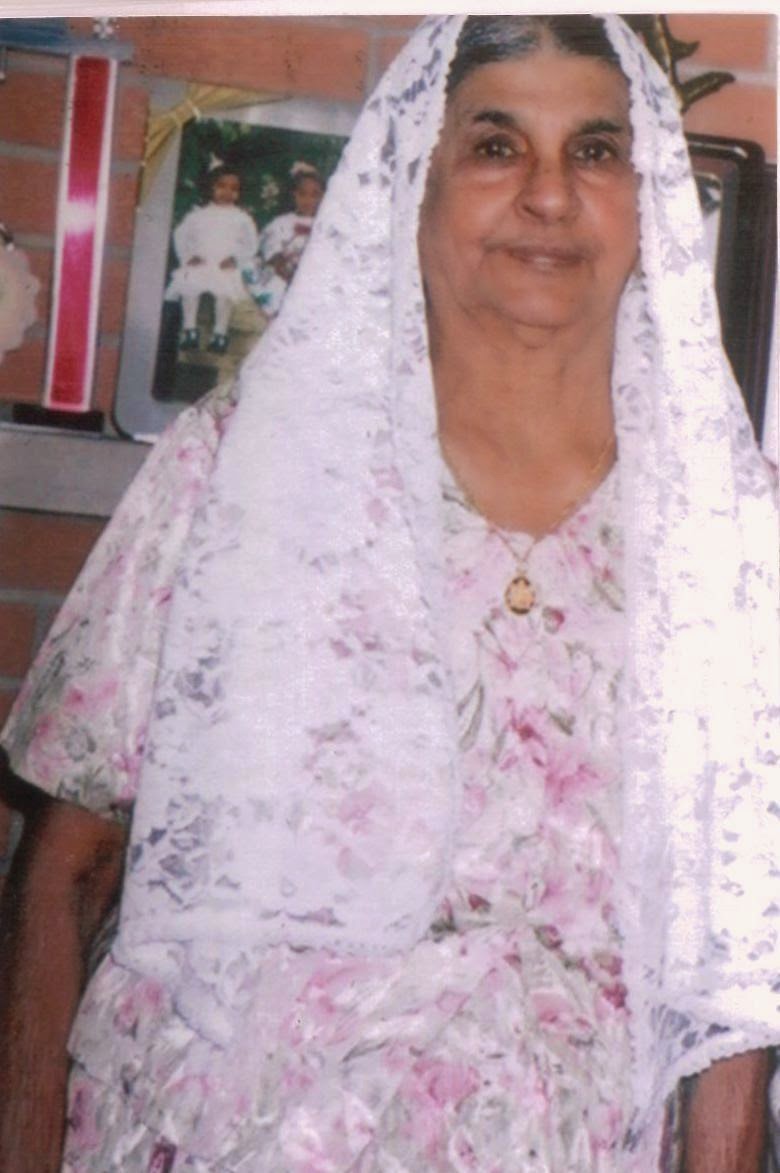 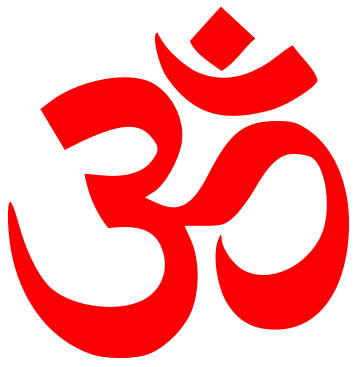 Rosemary Lucille Warfield,  age 82, of Orlando passed away Thursday, October 9th, 2014 at Health Center of Windermere.   Rosemary was born in Sandwich, IL., the daughter of the late Grace (Potano)  and Livio Anthony Valli.  She was employed as a beautician and was a member of Holy Family Catholic Church.
Rosemary is preceded in death by  daughter Grace Warfield (2014) and brother Bill Valli (1988). and leaves to cherish her memory, husband Robert L. Warfield; two daughters, Leann Warfield, Beverly Boesch;  son Robert Warfield all of Orlando; brother Livio Valli of Chicago and 3 grandchildren.
A Mass of Christian Burial will be celebrated at Holy Family Catholic Church, Orlando, FL, at 11:00 am on Friday, October 17th, 2014.
Posted by Dobbs Funeral Home Obituaries at 10:13 AM 4 comments: 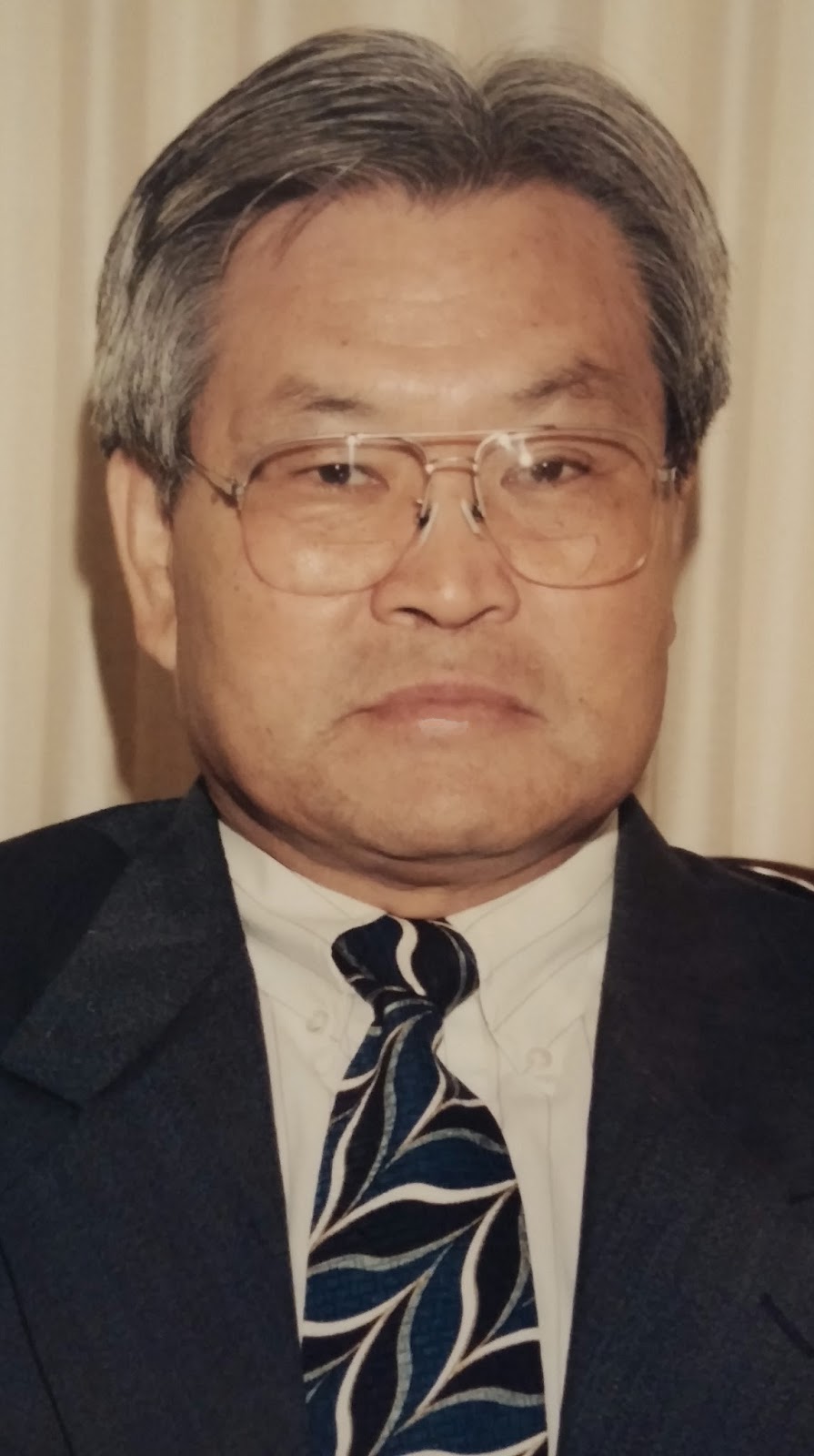 Soon B. Hong, age 82, of  Orlando, FL passed away Thursday, October 9th, 2014 at Florida Hospital East.  Soon was born in Kaesung, Korea, the son of the late Chang-uep Im  and Jong Chul Hong.  He was employed as a Real Estate Salesman and was a member of St. Ignatius Catholic Church in Orlando.
Soon leaves to cherish his memory wife Kyung  Ae (Choy) Hong of Orlando; two daughters Susan Kim of Huntsville, AL;  Jane Hong, of Orlando; two sons Ike Hong of Chicago, IL; Harry Hong, of Orlando, FL; 8 brothers and sisters and  9 grandchildren
The family will be receiving friends from 10:00a until 12:00 pm, followed by the Funeral Mass on Saturday, October 11, 2014 at St. Ignatius Catholic Church located at 1518 Muriel Street, Orlando 32806 with Father Lee K. Chul officiating.  Interment will follow the Mass at Woodlawn Memorial Park Cemetery.
Posted by Dobbs Funeral Home Obituaries at 12:08 PM 1 comment: