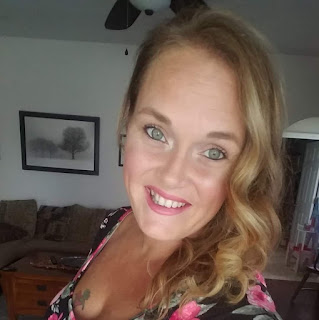 Kaycee Rebekah Winger, age 36, passed away on Monday, March 23rd, 2020 in Orlando, Florida.  She was born on March 31st, 1983, at Armstrong County Memorial Hospital in Kittanning, Pennsylvania, to Wayne and Betty Kaye (Duncan) Winger.  She was a 2001 graduate of Kittanning Senior High School.

Kaycee loved her friends and family, especially her three children.  She was a devoted fan of country star Brantley Gilbert and a member of the BG Nation.  She loved the outdoors, whether she was strolling barefoot on the beach or skipping stones across Buttermilk Falls.  She attended God’s House Orlando and was active in women’s ministries at the church.  She had an infectious smile, and a heart that couldn’t contain all the love she had to pour out on the world.

She is survived by her parents, Wayne and Betty Kaye Winger; two brothers, Matthew and Erik; and her three beautiful children, Ryleigh, Trey and Fallon Winger.  The family will have a private service on March 29th, 2020 at 2pm at God’s House Orlando, and will livestream the service on the church’s website (www.godshouseorlando.com) for those who wish to watch from home.

In lieu of flowers, the family asks that you donate in Kaycee’s memory to the church family she so loved, God’s House Orlando (www.godshouseorlando.com).

Posted by Dobbs Funeral Home Obituaries at 12:37 PM No comments: 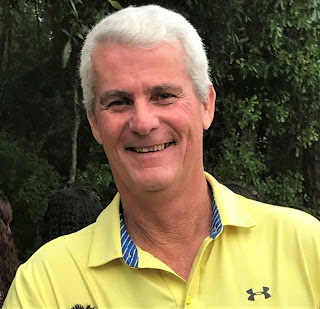 Daniel Chester Abel, age 62, of Apopka, FL passed away Monday, March 16th, 2020 in  Orlando. He was born in Alliance, Ohio, the son of the late Carleen (Turk)  and Ronald E. Abel and was employed as a salesman.

A private family service will be held and a Celebration of Life for Danny will be held at a later date. Thank you for your understanding in these trying times. Please stay safe. 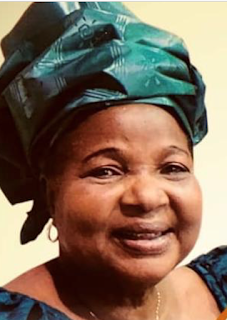 Helen Ivie Ogbole Edovia, age 73 of Orlando, passed away January 24, 2020.  She was born in Egoro-Naoka, Nigeria the daughter of Ogbole and Ekekomen Adodo and was employed as a school teacher. 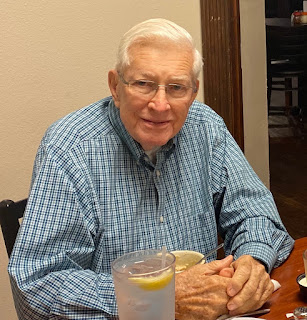 Joseph Ryan Ballant, age 83, passed away on March 11, 2020 at his home in Winter Garden.  “Ryan” was born in Brownsville, Pa. to Joseph and Margaret Ballant.  He is survived by his wife of sixty years, Priscilla Ballant.  He leaves her to cherish his memory along with their four children, Joe, Patrick, Mary(Carl), Leslie(Mark) and eleven grandchildren.

In lieu of floral tributes, the family suggests making a donation in his honor to  https://www.jccancerfund.org/ or Resurrection Catholic Church in Winter Garden, Fl.


Posted by Dobbs Funeral Home Obituaries at 9:13 AM No comments: 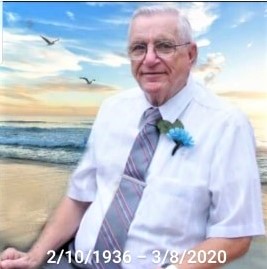 Walter Edward "Pete" Martin of Ocoee, FL., born February 10, 1936 and departed this life March 8, 2020 at Health Central Hospital.  He was a Veteran of the United States Navy.  He was the son of Merritt and Zora Martin.  He was preceded in death by three brothers Lester Martin, Merritt Martin and Robert "Bob" Martin and one sister Rosemary Drake.  He leaves behind his wife of 40 years, Lelia and three daughters, Brenda (Wayne) Sharp of Ocoee, FL., Tina (Donny) Arsenault of Montverde, FL, Tracy (David) Hunter of Thomasville, GA., Eight grandchildren and seven great-grandchildren and very special nieces Kathy Zirkle and Carla Drake.  Also surviving is a step-brother Sydney Martin and a step-sister Sarah Arant.  .

A Celebration of Life will be held on Sunday, March 15, 2020 at the Arsenault home in Montverde, FL.  All are welcomed to attend.  Interment will take place in West Virginia.

Posted by Dobbs Funeral Home Obituaries at 2:44 PM No comments: 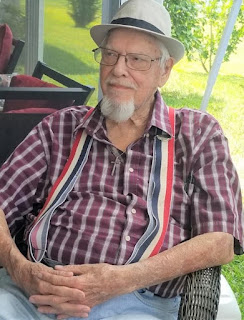 Ralph Raymond Garrett, age 95, of Orlando, FL, passed away Sunday, March 1st,  2020 at Mike Conley Hospice House, in Clermont, Florida.  He was born in Sheldon Springs, VT the son of the late Lucy (Bushey)  and Carmi  Garrett.  Ralph was a veteran who  served in the U.S. Army Air Corp and employed as a life insurance district manager.

The family will be receiving friends from 10:00 am until 11:00 am, followed by the funeral service on Thursday, March 5th, 2020 at Dobbs Funeral Home with Deacon Larry Herbert officiating.  Interment will be at Orlando Memorial Gardens Apopka, FL.
Posted by Dobbs Funeral Home Obituaries at 3:22 PM No comments: