Dorothy May Keith, age 84 of Orlando, passed away on Tuesday, march 30th, 2010. Dorothy was born in Brooklyn, New York the daughter of the late Paul and Doris (Keech) Dean. She was employed as a Bank manager. Dorothy is survived by son Hector J. Keith, Jr. of Orlando; daugahter Janet O'Keefe of Holbrook NY; and grandson Hector J. Keith, III of Orlando. Services were held on Tuesday, April 6, 2010 at 3:00 PM at Dobbs Funeral Home. Interment will be held on Wednesday, April 7, 2010 at 2:30 PM at Dr. P. Phillips Cemetery.
Posted by Dobbs Funeral Home Obituaries at 12:30 PM 1 comment: 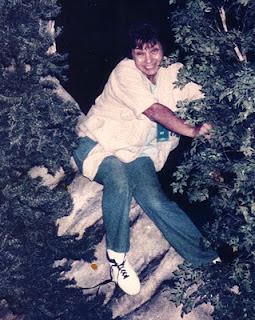 Grace M. O'Brien, age 71 of Orlando passed away Friday, March 26th, 2010. Grace was born in New York City, NY, the daughter of the late Joseph and Georgiana (Morrow) Bagnasco. Grace was employed as an Artificial Foliage Designer for Theme Parks. She did all the artificial foliage for the E.T. Exhibit at Universal.
Grace leaves to cherish her memory, husband Charles O'Brien of Orlando; three daughters, Eileen O'Brien of Oregon, Maureen Frazier of Dothan, Alabama, Peggy McCall of Jupiter, Florida; a son Brian O'Brien of Gainesville, Florida; brother Kenneth Bagnasco of New Port Richie, Florida and 6 grandchildren. The family will be receiving friends form 2:00 - 5:00 PM on Sunday, March 28th, 2010 at Dobbs funeral home. A Mass of Christian Burial will be celebrated at Holy Family Catholic Church, Orlando, Florida at 11:00 AM on Monday, March 29th, 2010.
Posted by Dobbs Funeral Home Obituaries at 8:11 PM No comments:

Brenda Lynore Lawrence, age 54 of Micco, Florida passed away on Sunday, March 14, 2010. Brenda a lifetime Floridian was born in Orlando to James R. and Mary E. (Hammock) Lawrence. She was employed in construction as a stucco/plasterer. She was a member of Micco Baptist Church and the Loyal Order of the Eagles. She leaves to cherish her memory, mother, Mary E. Lawrence of Micco; husband James Lawrence of Orlando; daughter, Kristina Rose of Orlando; son, Nathanial J. Rose of Micco; sister, Teresa Giles of Alabama; 6 grandchildren and 1 great-grandchild.
The family will be receiving friends on Sunday, March 21st, 2010 from 1:00 until 2:00 pm. at Dobbs Funeral Home, followed by the service at 2:00 p.m.
Posted by Dobbs Funeral Home Obituaries at 2:02 PM No comments: 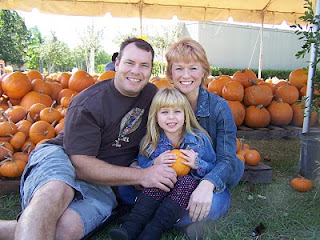 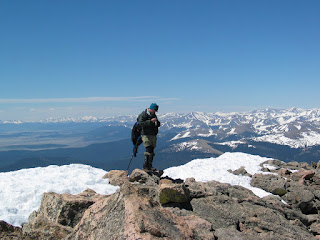 Mr. Frank "Buddy" Samuel Whitesell, III, age 45 of Gotha, passed away on Thursday, March 11, 2010. Buddy was born in Deland, Florida, the son of Frank S. and Doris (Broadhurst) Whitesell Jr. He was employed as a Finance Manager for Rexel and was a FSU Booster, Graduate of Florida State and member of Delta Tau Delta Fraternity. 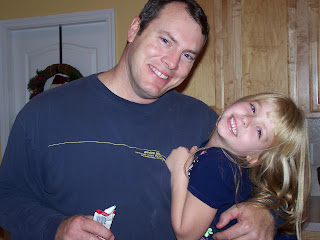 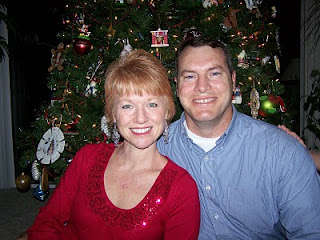 Buddy leaves to cherish his memory, wife Holly (Montgomery) Whitesell of Gotha; daughter, Mackenzie Rose Whitesell of Gotha; three sisters, Susan Ahrens of St. Augustine, FL, Kathleen Perkins of Springerville, AZ, Lynn Falk of Catonsville, MD; brother, Robert Irvin of Ocala, FL; and numerous nieces and nephews.
Calling hours for the family will be held on Sunday, March 14, 2010 from 3:00-5:00 PM at Dobbs Funeral Home. The Memorial Service will be held at St. Luke's United Methodist Church, Orlando, FL at 1:00 PM on Monday, March 15, 2010 with Rev. David Stephens officiating. Donations may be made in Buddy's name to the Leukemia and Lymphoma Society, http://www.lls.org/ 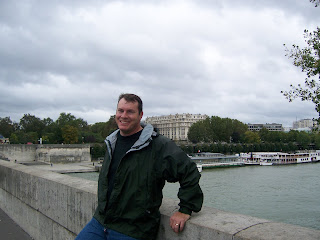 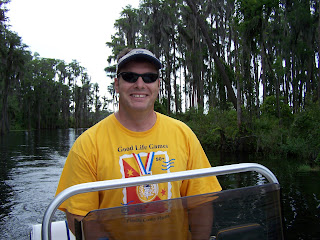 Posted by Dobbs Funeral Home Obituaries at 10:52 AM 11 comments:

Ethel Marie Hayes, age 84 of Lady's Island, South Carolina, passed away Wednesday, March 3rd, 2010. She was born in Lakewood, Florida and resided in Winter Garden, Florida from 1945-2008. She made her home in New Jersey with her grandson and his wife, Aron & Linda Love. Aron's job transferred them to Lady's Island, SC on November 1, 2009. Marie was a mother, a grandmother, and a great-great grandmother of five generations. She is predeceased by her husband James Richard Hayes. Marie leaves to cherish her memory, son James Hayes of Montgomery, Alabama; daughter Barbara Love of Lady's Island, South Carolina; six grandchildren and spouses, eleven great grandchildren, and two great great grandchildren. She is also survived by a brother, Bill Speigner of Billings, Montana; sisters, Beatrice Smith of Opalaka, Alabama; Rosie Wilkins of Miami Florida; Doris Rawlinson of Prattville, Alabama; and Pat Daniels of Carrolton, Georgia. Predeceased by brother, Fred Speigner and Sisters, Neeley Tillery and Peggy Collier; and daughter Mattie Parker.
The family will be receiving friends on Wednesday, March 10, 2010 from 2:00 - 3:00 PM. The funeral service will follow at 3:00 PM.
Posted by Dobbs Funeral Home Obituaries at 11:45 AM No comments: 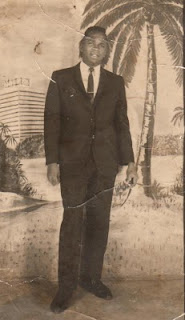 Raymond Relmer Mitchell, age 69 of Orlando, passed away on Wednesday, March 3, 2010. Raymond was born in Orlando, the son of the late Relmer and Lucille (whittie) Mitchell. He was employed in construction as a concrete/mason.
Raymond leaves to cherish his memory, daughter, Juanita Mitchell of Orlando; sister, Eva Kendrick of Cordele GA; brothers, Christopher Rouse of Orlando, John Rouse of Baxley GA, Jimmy Rouse of Wewahitchka FL; sisters, Margie Rouse of Houston TX, Jannie Beverly of Miramar FL, Shirley Ragin of Houston TX, Brenda Rouse of Tallahassee FL; 3 grandchildren and numerous nieces and nephews.
A memorial service will be held at 11:00 AM on Wednesday, March 10, 2010 at Dobbs Funeral Home.
Posted by Dobbs Funeral Home Obituaries at 5:20 PM 1 comment: 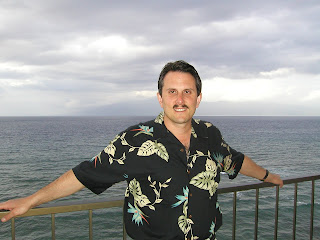 Lawrence Routhenstein, 45 passed away on March 2, 2010, after a courageous battle with a rare form of cancer, Pseudomyxoma Peritonei, or appendix cancer.
Larry grew up in the Philadelphia area where he graduated high school as a merit Scholar, earned his B.S. in Computer Science from Drexel University, and his M.S. from Johns Hopkins University. After graduation, Larry worked in research at the Applied Physics Labs at Johns Hopkins where he led a research team in the development of a software system for Navy shipboard communication links for their next generation Aegis ships. His career eventually brought him to Orlando with his final years spent as Vice President of Software Engineering at PrivaSys. While at Privasys, Larry was inventor of six patents in the international financial security cryptology area.
Larry lived his life with kindness and an intense determination, a thirst for knowledge, a great sense of humor and quick wit, and a zest for adventure. Larry tried to make the most of every moment. he climbed the Grand Canyon, went sky-diving, ran the Disney marathon, took surfing lessons, drank Guinness in Ireland, and traveled throughout the world.
It was in Orlando that Larry met Wendy, his future wife, and the love of his life. Together, they raised their son Jordan, the greatest joy of Larry's life. Larry cherished every opportunity to spend time with Jordan; coaching Little League and basketball; teaching Jordan to juggle and play pol; having musical jam sessions; sharing his joy of reading; helping wit homework and participating in classroom activities.
Determined to share his interest in the world around him and encourage his son's sense of adventure, Larry loved to travel with Wendy and Jordan. he took his family hiking through Mayan Ruins; trekking fifteen flights of stairs up the Arch de Triomphe to see the magnificent view of Paris; snorkeling in Hawaii, the Cayman Islands, Mexico, and Bahamas; experiencing the historical sites of Washington and Philadelphia; and visiting almost every museum in London. As they also shared a love of the beach, they spent many happy vacations, often with friends, at Longboat Key.
Family was always a priority to Larry. As he had such a close relationship with his parents, he enjoyed spending time with them and planning adventures during their frequent visits to Florida.
Larry's brother's children, Barak, Arik, and Esti, had an uncle that was devoted to them from the moment they were born.
Larry's family would like to express their deepest gratitude to Hope Freeman, a true advocate and friend to Larry during his final days.
Larry is survived by his devoted wife Wendy; son Jordan; parents Marilyn and Warren; brother Alan; nephews, nieces, aunts, uncles, cousins, and many wonderful friends.
A funeral service is being held Friday, March 5, 2010, at 1:30 p.m. at Winter Garden Cemetery with a reception immediately following.
In lieu of flowers, donations may be made in Larry's name to The PMP Research Foundation at PMPcure.org or to a memorial fund for his son's college education at colonial Bank, 1550 Maguire Road, Ocoee, FL 34761.
Posted by Dobbs Funeral Home Obituaries at 1:54 PM No comments: 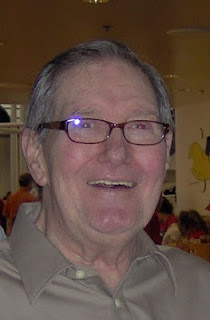 Mr. Ira Leon Rine, 72, of Orlando, passed away Monday, March 1st, 2010. Ira was born in Enid, Oklahoma, the son of the late Ira D. and Florence (Chadd) Rine. He served in the United States Army and Navy and was employed as an auto salesman.
Ira leaves to cherish his memory, wife Maria (Salame) Rine of Orlando; daughter, Andrea Rine of Massachusetts; three sons, Sam Rine of Boca Raton; Charles Rine of Massachusetts; Jimy Rine of West Palm Beach; two step daughters, Maria Eugenia Bouza of Miami; Paulina Andrea Hawkins of Atlanta; three sisters, Bonnie Guyer of Maryland; Betty Nash of Enid, OK; Billie Brinegar of Houston, TX and 10 grandchildren.
The family will be receiving friends at Dobbs Funeral Home on Friday, March 5th, 2010 from 11:00a until 12:00p followed by the memorial service at 12:00p with Chaplain Nelson from Hospice of the Comforter officiating.
Posted by Dobbs Funeral Home Obituaries at 1:31 PM 1 comment: 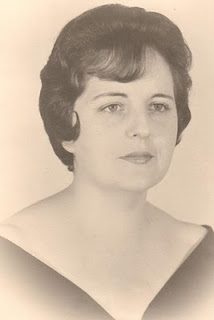 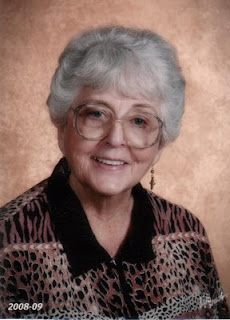 Gloria Yvonne Linville, 74 of Ocoee, passed away Saturday, February 27, 2010. Gloria was born in Julian, West Virginia, the daughter of the late Ernest and Belva (Bowman) Page. She was employed as an Educator/School Administrator for over 50 years and was the Principal of Kingsway Christian Academy for 17 years. She was a member of 1st Baptist Church of Central Florida. She is predeceased by her husband, Gene Linville; son Michael W. Linville, and brother James R. Page. Gloria leaves to cherish her memory, daughter, Michelle L. Linville of Ocoee; two brothers, Ernest Page, Jr. of West Virginia, Richard Page of England; sister, Dorcelene Page Cottrill of West Virginia; sister-in-law Tammy Linville of Orlando and grandchildren, Elizabeth and Joshua Linville of Orlando. The family will be receiving friends on Friday, March 5, 2010 from 6-8 PM at Dobbs Funeral Home. The funeral service will be held at 10:00 AM on Saturday, March 6, 2010 at 1st Baptist Church of Central Florida with Pastor Clayton Cloer officiating followed by interment at Orlando Memorial Gardens in Ocoee. The family requests in lieu of flowers, donations be made to 1st Baptist Church of Central Florida.
Posted by Dobbs Funeral Home Obituaries at 4:09 PM No comments: