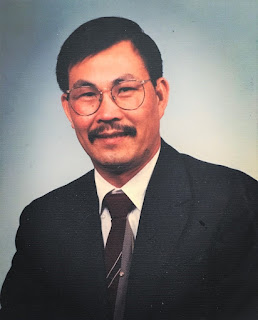 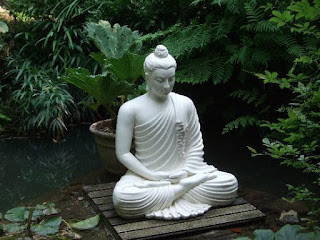 Posted by Dobbs Funeral Home Obituaries at 10:39 AM 4 comments: 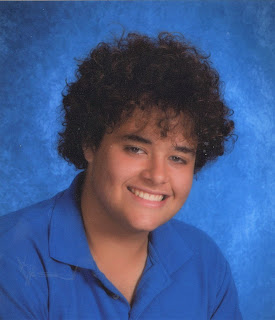 Gary Walter Crawford (AKA Gar-Bear and Lil' G) entered into his heavenly home on Saturday, July 22, 2017.  This world lost a beautiful soul who brightened the lives of many with his curls, smile, laugh, and caring heart.  Gary was raised in Orlando and was a graduate of Palm Beach Atlantic University with a Bachelor of Science in Organizational Management. As a 5th generation Meloon of Correct Craft, Gary was currently working in the boating industry with his family at Southeast Marine and Sales and was planning to attend the UCF Rosen College of Hospitality Management Master's Program in the fall.  Gary leaves to cherish his memory, parents Walter Gary and Ardis Meloon, brother and sister-in-law Nathan and Hannah Meloon, grandparents Walter and Barbara Meloon and William and Sallie Harrar in addition to aunts, uncles, cousins, and numerous friends with whom Gary cared for deeply.  The family will be receiving friends from 3:00-3:45 PM followed by a Celebration of Life Service on Thursday, August 3, 2017 at The First Baptist Church Orlando (Faith Hall), located at 3000 South John Young Parkway, Orlando, Florida, 32805.  In lieu of flowers, the family is requesting that donations be made in memory of Gary to Liz's Legacy, P.O. Box 155, Windermere, Florida 34787.  Online donations can be made at lizlegacyfoundation.com.  Please visit www.dobbsfuneralhome.com to post comments or memories. 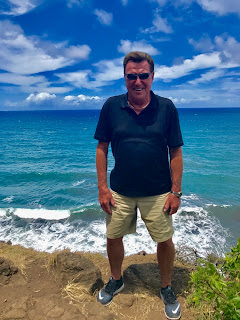 William Lenny, age 63 of Minneola, Florida passed away on Wednesday, July 19, 2017 in Kailua-Kona, Hawaii.  He was born to William Thomas and Florence May Lennie.

The family will be receiving friends on Thursday, July 27, 2017 from 1 - 2 pm followed by a memorial service at 2p at Highpoint Church located at 476 Ocoee Commerce Parkway, Ocoee FL 34761 with Pastor Keith Tower officiating.
Posted by Dobbs Funeral Home Obituaries at 9:44 AM 6 comments:

On September 14, 1991, the life and journey of Tremaine Marquize began.  Born in Orlando Florida to the parents of Johnny Rumph (Atlanta, GA) and Wanda Chambliss (Orlando, FL).   He grew up in Tangelo Park and learned valuable life lessons from his loving grandmother.   However, this short, but life-filled journey ended July 10, 2017.  Tremaine attended Orange County public schools with the dream of becoming his own businessman.  After finishing school Tremaine welcomed his loving and precious daughter Ma’kyla.

After a few short years of living in Orlando, Tremaine’s journey led him to Atlanta, Georgia, where he saw an opportunity to start a new and better life, with a chance to pursue his dreams and passions. However, this short, but life-filled journey here on earth ended July 10, 2017.

The family will be receiving friends at Dobbs Funeral Home from 11:00 am until 1:00 pm, followed by the funeral service on Saturday, July 22, 2017 with Chaplain Michael Bernard officiating. 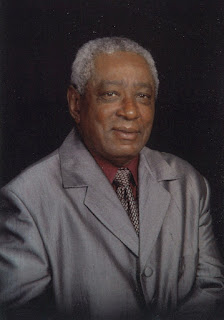 A Time to Be Born/Sunrise
Robert Parrish was born in Carrboro, North Carolina on November 29, 1934 to the late Robert Parrish and Lillie Atwater-Parrish. Affectionately known as “Jack”, Robert received his education in the Orange County School System, graduating from Lincoln High School (Class of 1954). As a youth, he joined and attended Hickory Grove Missionary Baptist Church.

A Time to Love
On a beautiful winter day, November 27, 1955, Robert eloped with Gwendolyn Snipes, his High School sweetheart. The newlyweds enjoyed their time in their native City, Robert worked at UNC, while Gwendolyn attended Winston-Salem State. In 1958 the couple moved to New York City. It was during this time, a son, Ricky L. Parrish (preceded in death), was welcomed into this union.

A Time to Enjoy Life
Robert was an avid sports fan, he loved football, baseball, softball, and bowling. He was the youngest player to play for the “Chapel Hill Dons”. After 26 years of employment with the New York City Transit Authority, Robert retired and moved to Orlando, Florida. Welcoming himself to a new community, it was very common to see him mentoring teens and young adults. He became a Charter Member at Grace Bible Church where he attended and served faithfully (singing in the Men’s Choir, providing leadership and inspiration at the Men’s Mission). Serving God and His people was his profound passion.

A Time to Mourn/Sunset
On a warm summer evening, Friday, July 14, 2017, Robert Parrish 82 of Orlando, Florida departed this life and entered into eternal rest. Robert was very generous, he used his time and talents to help family, friends and the community. He was a loving father, brother and friend who will be deeply missed by all who knew him.

He leaves to cherish his memory, a loving and devoted wife of 61 years, Mrs. Gwendolyn Parrish, a brother, Mr. Stanley Parrish (Princess) of Chapel Hills, NC, a sister-in-law, Mrs. Gloria Crockett of Raleigh, NC, a brother-in-law, Mr. Robert Snipes (Esther) Fayetteville, NC and a host of other relatives, nieces, nephews, and friends.

2 Timothy 4:6-8
For I am now ready to be offered, and the time of my departure is at hand.
I have fought a good fight, I have finished my course, I have kept the faith:


Henceforth there is laid up for me a crown of righteousness,
which the Lord, the righteous judge, shall give me at that day: and not to me only,
but unto all them also that love his appearing.
Posted by Dobbs Funeral Home Obituaries at 12:00 PM 1 comment: 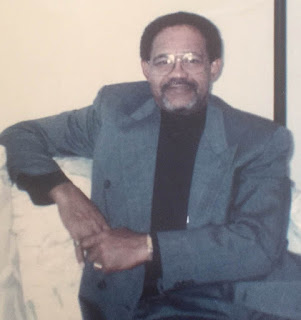 James Arthur Llewellyn Barnard, Age 79 of Orlando, Florida passed peacefully on July 7, 2017. He was surrounded by his loving family. He was born in St. John’s, Antigua, WI; The son of the late Evangeline Ursula Barthley and Keithley Llewellyn Barnard. He migrated to the US in the 60’s to further his opportunities.

A memorial celebrating his life will be held @ The Hampton by Hilton Apopka at 2p on July 21, 2017
Posted by Dobbs Funeral Home Obituaries at 10:06 AM 1 comment: 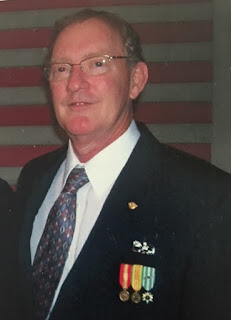 Jere Richard Cockley, age 66 of Casselberry, passed away on Thursday, June 15, 2017 at his residence.  He was born in Carlisle, Pennsylvania the son of Eugene Richard and Margret (Foote) Cockley.  Jere served in the United States Air Force and was employed as an aerospace master electrician.

A Celebration of Life was held on Sunday, July 2, 2017 at the Moose Lodge in Orlando.

Posted by Dobbs Funeral Home Obituaries at 11:22 AM 2 comments: 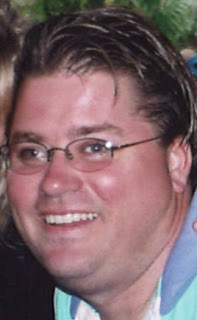 Joseph Alan McGara, age 50, of Mount Dora, FL passed away Monday, May 8th, 2017 at Florida Hospital Orlando.  He was born in Jeannette, PA, the son of Mary Lou (Osenkowski)   and Frank Wilson McGara.  Joseph served in the U.S. Air Force and was employed as a home maintenance manager. 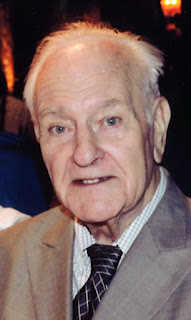 William David Acree, Sr., age 89 of Yalaha, Florida passed away on Monday, June 24, 2017 in Orlando.  He was born in Shelbyville, Kentucky the son of Roy David and Laura (Shaw) Acree and was employed as a chemical engineer.

Interment will be at 12:30 pm on Thursday, July 6, 2017 at Florida National Cemetery with military honors.
Posted by Dobbs Funeral Home Obituaries at 10:00 AM 2 comments: