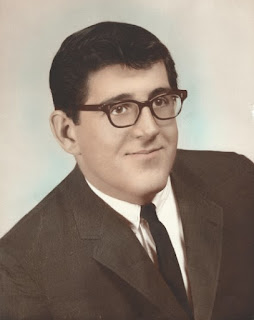 Albert R. Griffith, 75, of Orlando, died April 8, 2018. Our loving father went to be with God at 4:10 AM, with his family by his side.  Albert "Reese" Griffith always put others above himself and was devoted to that ideal throughout his life.   We all knew him as Butch, Reese, Al, Dad, Sir, Big Al, Big Papa and Grandpa.   Born in Sharon, PA, he found the love of his life, Carolle (Clark) Griffith, and they were married 53 years.  During his banking career, he built several branches into top lending offices and was recognized for highest gains and lowest losses.  He served on Board of Directors of Youngstown Chapter American Institute of Banking and Advancement Chairman of the Big Arrow District for Boy Scouts of America. 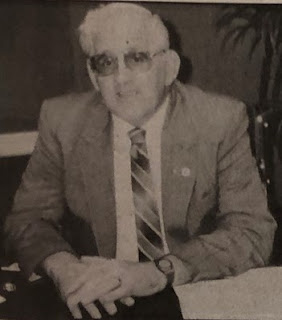 In 1984, he moved his family to Orlando, FL and became an active member of the West Orange community.  West Orlando Rotary nominated him for Rotarian of the Year in 1992 for his ‘unbelievable commitment to Rotary in all areas of participation’.  Long before he started to have a need for a wheel chair, he spent much of his free time helping others gain back independence by building ramps. In 1999 he received Rotary International ’Service Above Self’ award. Al also served on the West Orange Chamber of Commerce Board of Directors as VP for presidential programs and co-chaired the Economic Development Task Force of Vision West Orange. His contributions helped lead to Sun Trust Bank being recognized as Member of the Year in 1995 for ‘contributions above and beyond the call of duty to assist the Chamber in many ways’.  He also became known to family and friends for making and donating blankets to anyone who asked or was in need. He found his niche and made over 200 blankets; donating them to Community Care for the Elderly, Lockheed Martin Seniors Program, West Orlando Rotary Club, Osceola Wound Center, and as baby gifts to friends at work.

A big thank you to Dr. Walter Conlan III and staff at Osceola Wound Center for healing Albert’s diabetic foot ulcer and Dr. Dean Cole for the 5 screws in his foot to give him 10 more years with us.

He was proud of his sons and daughter-in-laws, all graduates of UCF, and loved dearly his 6 grandchildren. He is further survived by his sisters, sister and brother-in-laws, nieces and nephews, whom he loved and looked forward to their visits.  We all loved him and will miss him dearly. In lieu of flowers or service, Dad requested gifts to your favorite charity. God bless.

Posted by Dobbs Funeral Home Obituaries at 10:43 AM 2 comments:

Sookram Rampersad, age 80, of Kissimmee, passed away Monday, December 24th, 2018 at Osceola Regional Medical Center in  Kissimmee.   He was born in Trinidad, the son of the late Mayah (Rampersad)  and Rampersad  Poomwassie and was employed as a driver for a trucking company.

A Traditional Hindu Service will be held from 9:00 AM to 11:00 AM on Saturday, December 29th, 2018 at Dobbs Funeral Home followed by interment at Metro Crematory in Ocoee.
Posted by Dobbs Funeral Home Obituaries at 4:39 PM 4 comments: 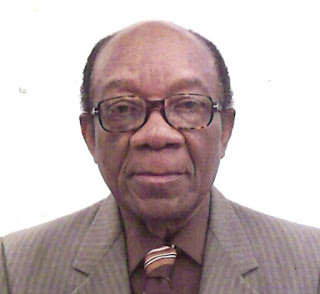 William Dexter Lamour, age 80, of Kissimmee, FL, passed away  Sunday, December 16th, at Health Central Park  in Winter Garden.  He was born in Jacmel, Haiti,   the son of the late Sirolie (Julot)  and Absalon  Lamour and was employed as an auto mechanic. 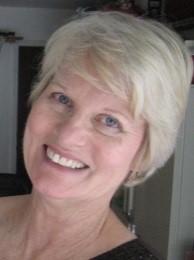 Sharon Lewis Woodill, age 71 of Orlando, passed away December 8, 2018 after a 2 ½ year battle with cancer.  Born in Missouri, Sharon met her husband of 51 years at Brewton Parker College in Georgia.  Sharon has traveled the world and lived in Africa as a child as well as Spain and Alaska as an adult. A very compassionate person, she was a nurse early in her career and then a preschool teacher for over 20 years. Being very adventurous, Sharon has skydived, ridden horses, rock climbed, zip lined, flown a Stearman biplane, and hot air ballooned.  Her greatest legacy however are her children and grandchildren with whom she spent countless hours reading, attending Tae Kwon Do competitions, going to Sea World, the Science Center, and the Library.  She will be very deeply missed by her husband Ken, her son Scott and his wife Tara, her daughter Kendra and her husband Jonathan, and grandchildren Jonas, Ellie, Hannah, Rose, and Nathan.  Her deep, simple faith in Christ inspired many who knew her to trust in Him with their whole lives.  The memorial service is scheduled for December 22 at 3 p.m. at the Henry Chapel of First Baptist Orlando. All who knew her are welcome.  In lieu of flowers, donations can be made to either of Sharon’s favorite charities: The Tim Tebow Foundation https://www.timtebowfoundation.org or Samaritan’s Purse https://www.samaritanspurse.org. 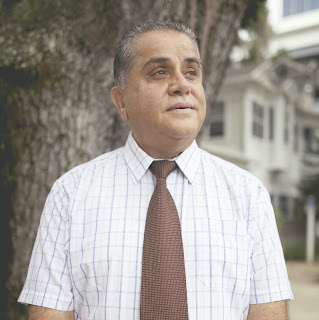 Atef Awad, age 64 of Orlando passed away on Tuesday, December 11, 2018.  He was born in Latakia, Syria the son of Abraham and Sarah (Basna) Awad and was employed as a financial relationship manager. 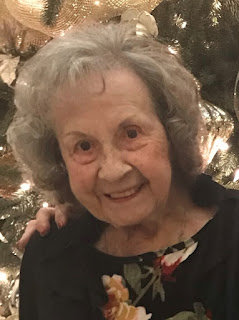 Irene went to be with her heavenly Father on November 6, 2018.  She was born in Fall River, MA but grew up in Rhode Island.  She learned to play the piano in her teens and became an accomplished pianist. She played for her high school functions, at hotels, and other venues. She continued to play all her life for enjoyment, even playing a few days before her passing. She loved to act and was in numerous plays. Irene enjoyed singing, sang in her church choir, and eventually sang with the Sweet Adelines in St. Petersburg, FL. She was part of a quartet and these ladies traveled the southeast competing and having a ball.   Irene enjoyed sewing and made a lot of her clothes, her daughter’s outfits, doll clothes, and many costumes for her singing group. She worked in a bank when she was first married to Harry Wolthoff, the love of her life, who predeceased her. They were happily married for over 58 years. She also worked as a secretary to several school principals at Lealman Junior High and St. Petersburg High School.  After Harry’s passing,   Irene volunteered at a Hospice Thrift Store which she looked forward to. She is predeceased by not only her loving husband Harry, but a sister, Alice Wolthoff, a nephew, as well as many wonderful brother and sister in laws.  She is survived by her daughter, Laurie Wolthoff Kelsey and her husband, Bob. She also leaves behind her granddaughter, Allison Kelsey, her children Madeline and Christopher; her grandson Brock Kelsey, his wife Niki, and their children Austin, Hailey, and Collin.  She has one remaining sister in law Ellie Wolthoff, and many loving nieces and nephews.  She was loved by so many besides her family and she will be missed terribly.  Irene was a devoted wife, mother, grandmother, great grandmother, and friend.  A private family service will be held at Bay Pines National Cemetery in St. Petersburg, FL.

In lieu of flowers donations can be made to either