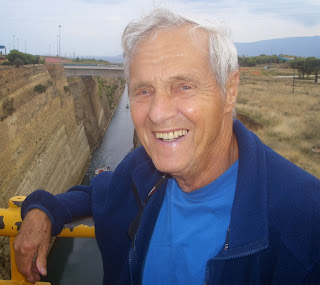 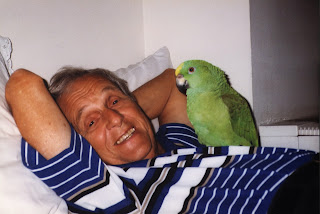 Posted by Dobbs Funeral Home Obituaries at 10:11 AM 1 comment: 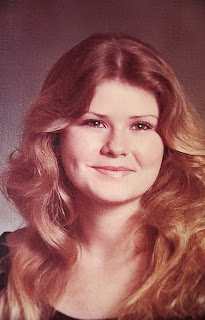 Vanessa Jo Bishop (Twinky Chapman) age 55, passed away November 17, 2013.  She was born in Orlando Florida at Orange Memorial Hospital and graduated from Boone High School.  Twinky was a gifted artist who especially loved to paint.  She loved the music of Barbra Streisand.


She is survived by her son Addison; grandson Jayden, mother Iva; her siblings Randy, Cheryl, Kathleen, Scott, Brian, John. Nephew  Brandon,  Nieces Kaley , Sarah, Courtney, Ashley, Katie, Amanda, Jackie and her cats Dolce, Coco, Mama, Koie and Vinny The Show Cat.  May God Bless Her Soul.  Public Visitation will be from 1:00 until 1:30 pm.  followed by the funeral service on Friday, November 22, 2013 at 1:30 pm.  Interment will be at Woodlawn Memorial Park Cemetery. 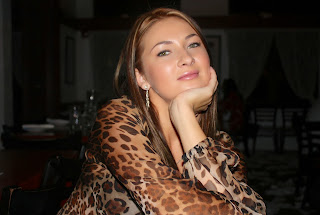 Sabina Zykova, age 29 of Orlando passed away on Friday, November 8th, 2013 in Orlando.  Sabina was born in Kiev, Ukraine the daughter of Serge and Anzhelika (Kocherhina) Zykova.  She was employed in the restaurant industry.
Sabina leaves to cherish her memory, mother Anzhelika Kocherhina of Kiev; Christopher Barnes of Orlando; Sargis Navoyan of Orlando and many other sorrowing relatives and friends.
Public visitation will be held on Sunday, November 17, 2013 from 3:00 until 6:00 pm with a service at 5:00 pm at Dobbs Funeral Home, 430 N. Kirkman Road, Orlando FL 3
2811
Posted by Dobbs Funeral Home Obituaries at 1:42 PM 5 comments: 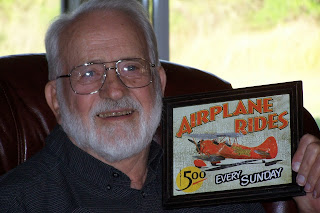 EARL ANDREW HANSON of Ocoee, Florida, passed away on November 4, 2013. He was born in Fairhaven, Minnesota, on April 20, 1921, to the late Andrew Hanson and Pearl Dorman Hanson. Earl was preceded in death by sisters Myrtle Oster and Ruby Midtling.


After graduating from Litchfield (MN) High School in 1940 he worked in a bank before going to California to work in the aircraft industry. He entered the Army Air Forces and attended Navigation School. He did not see combat duty but was assigned to Navigation Instructor duty. He was honorably discharged from active duty in November 1945 at Langley Field, Virginia.


Earl graduated from Pepperdine University and taught one year in the Los Angeles school system. He then began his career in private industry as an engineer in the aerospace and medical technology industries until his retirement in 1986 from CD Medical, Inc, a subsidiary of The Dow Chemical Company.
He is survived by his wife Dorothea (Dodie), his beloved children (by his first wife Joyce Dollerschell Hanson) Earl (Nina Todd) Hanson, Susan (Heath) Coleman and Eric Hanson; grandson Sean Walsh and granddaughter Meredith (Jordan) Smith and step-daughter Jane (Jeff) Jones and their daughter Ellory Jones. He is also survived by nieces Roselea (Howard) Nellis and Adele (Ken) Floren.
As an accomplished pilot and homebuilder, he actively built and repaired airplanes. He and his daughter produced and supplied many of the ribs, firewalls and other formed parts to Sonex Aircraft until the parts were taken in-house for production. He also produced and supplied a different type rib to several other companies.
Earl was a faithful member of the People of Faith Lutheran Church in Winter Garden, Florida. As an affirmation of his faith he was building a Zenith aircraft for donation to Missionary Aviation until his health began to fail. Unfortunately, he was unable to complete the project, but he was able to donate everything except the fuselage, propeller and engine.
There will be a memorial service  at People of Faith Lutheran Church, located at 220 Windermere Road, Winter Garden, Florida  on November 29, 2013 at 10:30 am.  Earl chose to donate his body for medical education and research purposes to the Anatomical Board of the State of Florida which takes up to two years to be completed. At that time his cremains will be spread over the waters of the Gulf of Mexico.
In lieu of flowers donations may be made to Fisher House, which provides shelter and support to serving military and veterans’ families during a medical crisis, at www.fisherhouse.org. Arrangements are being handled by Dobbs Funeral Home (info@dobbsfuneralhome.com).
Posted by Dobbs Funeral Home Obituaries at 4:58 PM 1 comment:

Farris Lee Robinson, age 70, passed away on Thursday, November 7, 2013.  He was born in Havana, Florida the son of Irvin and Edith (Andrews) Robinson.  Farris was employed as a radiology technician.
He leaves to cherish his memory, wife Marcela (Tolentino) Robinson; sons Christopher and Raymond Robinson both of Orlando; daughter Christina Robinson of Orlando; brother Robert Robinson from Tallahassee.
A graveside service will be held at 10:00 am on Saturday, November 9, 2013 at Winter Garden Cemetery.
Posted by Dobbs Funeral Home Obituaries at 4:06 PM 2 comments: 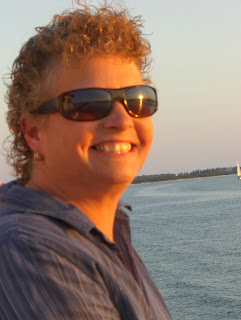 Amy Malecki, age 45 passed away on November 3, 2013.  She was born in Palm Bay, Florida to Nancy and Stanley who both preceded her in death.  Amy spent her childhood in Otego, New York and moved to Florida in 1995.

Amy only worked places she was passionate about and where she was able to make meaningful connections with people:  Friendlies, ARC of Otsego, Girl Scout Camp Amahami, Red Lobster, Magic Max, Andean Manna, ProSource and Stinsons Carpet One.
She was diagnosed with Lupus on 2000.  It did not define her and she chose with purpose not to allow Lupus to be a main character in her life.  She chose people, travel, fun, laughter, pitching softball and to be an advocate of pet rescue.  She chose to live in spite of Lupus.  Because of this choice her ending was quick and as graceful as one can imagine.  She leaves a hole that she would tell you to fill with the memories of her laughter... now... go adopt a pet.
Amy leaves to cherish her memory, Brothers: Jimmy, Ed and Bobby; Nieces and Nephews: Amanda, Joey, Nicholas, Brent, Kasey and Kyle; beloved rescue, Aarlie the dog; and many extended family and friends.  A Celebration of Life will be held from 1:30 pm until 3:30 pm on Saturday, November 23, 2013 at Dobbs Funeral Home, located at 430 N. Kirkman Road, Orlando FL 32811.  You may view the service by logging in to the following address at 1:30 pm on Saturday.  No password needed. 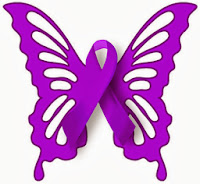 Posted by Dobbs Funeral Home Obituaries at 11:48 AM 9 comments: 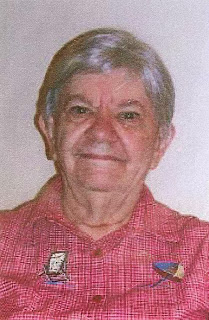 Verna Loraine Bartoszewicz, age 80 passed away on Saturday, November 2, 2013.  Verna was born in Medina, NY with 1 younger brother to Mary and Herman Handt.  Verna lived and completed school in Medina and then went to nursing school to become a Registered Nurse in Rochester.  She met her husband, Robert, who was in the Air Force, through a friend and they  married and moved to England.  After two years of service they returned to the United States and moved to Orlando where they adopted a girl, Catherine Ann, and a boy, Mark to complete their family.
Robert worked as a printing salesman and Verna worked for a doctor for a while and then at the Magnolia School for Handicapped Children as their school nurse.  After 22 years Verna retired and took care of her husband who was injured in a automobile accident until his death in 2003.  She lived with her son until she moved to Emeritus at Ocoee Assisted Living Center.   Verna liked to watch television, listen to music and go out to dinner.
She leaves to cherish her memory daughter, Catherine Hobbs (Robert) of Union Grove, NC; son Mark Bartoszewicz of Orlando; brother Fred Handt of Fresno, CA; 2 grandchildren Michael Stanley Miller of Orlando, Jeffrey Allen Hobbs of North Carolina and 1 great grandson Nolan Jeffrey Hobbs also of North Carolina.
The family will be receiving friends at Dobbs Funeral Home on Tuesday, November 5th, 2013 from 5:00 until 7:00 pm.  The Funeral Mass will be held at St. Andrew Catholic Church on Wednesday, November 6, 2013 at 10:00 am followed by interment at Woodlawn Memorial Park Cemetery.
Posted by Dobbs Funeral Home Obituaries at 4:35 PM 1 comment: 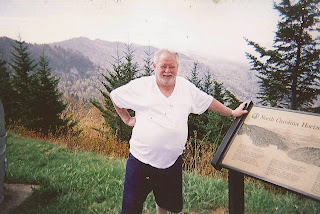 Russell Scott, age 71,  passed away on Wednesday, October 30, 2013 at his home in Orlando.  He was born in Douglas, Georgia the son of Walter James and Odesa Virginia (Acorn) Scott.  Russell was employed in Construction as a Tile Setter.
He leaves to cherish his memory, wife Judith (Jackson) Scott of Orlando; daughters Laura Scott of Madison, Florida, Jennifer Lee Boles of Howey in the Hills, Florida; son John Russell Scott also of Howey in the Hills; sisters Louise Woods and Lois Phillips both of Cleveland, Georgia; brother Wendell Scott of Eustis, Florida and 3 grandchildren.
A graveside service will be held at Lake Hill Cemetery in Orlo Vista, Florida on Sunday, November 3, 2013 at 2:00 pm.
God Took Him To His Loving Home
God saw him getting tired, a cure was not to be.
He wrapped him in his loving arms and whispered ‘Come with me.’
He suffered much in silence, his spirit did not bend.
He faced his pain with courage, until the very end.
He tried so hard to stay with us but his fight was not in vain,
God took him to His loving home and freed him from the pain.
Posted by Dobbs Funeral Home Obituaries at 10:32 PM 3 comments: