JoAnn Patricia Allen, age 82, of Orlando, passed away Saturday, July 27th, 2019 at Osceola Regional Medical Center in Kissimmee.  She was born in Buffalo, NY, the daughter of the late Anna (Kasperek)  and Eusebio  Julian and was a homemaker. 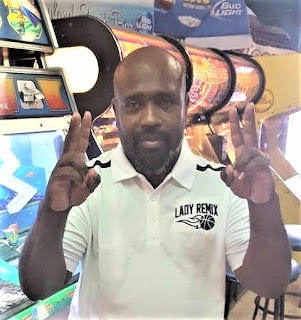 Luis Colon, Jr., age 53, of Orlando passed away Tuesday, July 23rd, 2019 at Health Central Hospital in Ocoee.  He was born in Bronx, NY the son of the late Nilda (Dumain)  and Luis Angel Colon and was employed as a basketball coach. 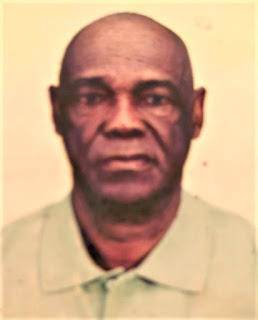 Jose Rafael Colon Rodriguez, age 80, of Orlando passed away Thursday, July 25th,2019 at Health Central Hospital in  Ocoee, FL.  He was born in Mao, Dominican Republic, the son of the late America (Rodriguez)  and Jose Benedito Colon and was employed as a laborer in government construction. 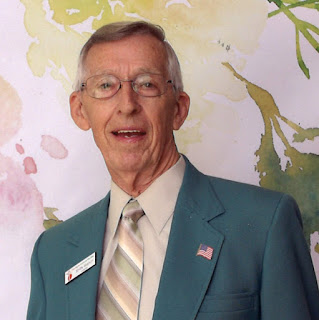 Smith Edward Branch, age 86, of Ocoee, FL passed away Thursday, July 18th, 2019.  He was born in Dillon, SC the son of the late Marcella (Barfield)  and Henry Cleveland Branch.  He served in the US Army, was employed as a manager for Gulf Oil and was a faithful member of Church at the Cross.

The funeral service will be held 2:00 PM on Sunday, July 21st, 2019 at Church at the Cross in Orlando, FL .  A private interment will be held at Florida National Cemetery in Bushnell.
Posted by Dobbs Funeral Home Obituaries at 9:03 AM No comments: 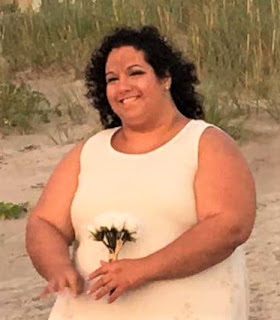 Alana Sachira Fernandez, age 34, of Belle Isle, passed away Thursday, July 18th, 2019. She was born in Ceiba, Puerto Rico,  the daughter of Laura (Raquel) and the late Alan Fernandez and was employed as a computer implementation specialist. 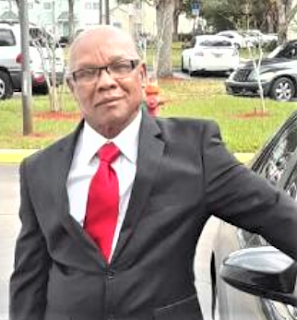 Prenul Printemps, age 72, passed away on Tuesday, July 2, 2019 at Health Central in Ocoee.  He was born in Lasille, Haiti the son of Remis and Exzina (Bareau) Printemps and was employed as a tailor.

The family will be receiving friends on Friday, July 19th, 2019 at Eben.Ezer Baptist Church located at 3413 N. Pine Hills Rd, Orlando.  Public visitation will be held at the church on Saturday, July 20th, 2019 at 9:00 am, followed by the funeral service at 10:00 am., with Dr. Pierre Antoine Michaud officiating.  Interment will be at Winter Garden Cemetery.
Posted by Dobbs Funeral Home Obituaries at 11:50 AM No comments: 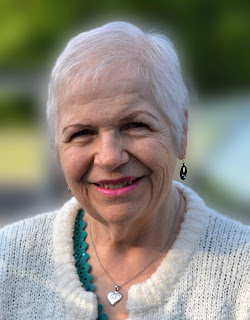 Minnie Lois (Rhinesmith) Koman was born to Orlin and Jennie Jane Rhinesmith on March 8th, 1944 in Ringwood, NJ, and was known throughout her life by her middle name, Lois.  The youngest of ten, Lois had a happy youth spent playing with her siblings, riding horses back from the field on her grandfather’s farm, and reading books, particularly ones about horses. As a teen she spent the time she wasn’t in school raising her beloved collie, Lassie, and babysitting nieces and nephews.  A few years after high school, Lois married David Koman of Patterson, NJ.  After moving to Florida, Lois and David had two daughters, Orlinda and Robin.  Lois was a fiercely protective mother who always encouraged her daughters to be independent, and to pursue their education.  Lois was also a loving and devoted grandmother to her three grandchildren:  Alicia, John, and Kailey, and to her great grandson, Samuel, who brought immense joy to the last few years of her life.  When asked what she was proudest of, Lois always spoke of her children and grandchildren.  Lois died on July 2nd, 2019, at the age of 75, of complications of Alzheimer’s.  She is survived by her husband of fifty years, David Koman, her daughters Orlinda Linkins and Robin Koman, and their spouses, Thomas Linkins and Robin Thompson, her grandchildren Alicia, John, Kailey, and Alicia’s partner Rob Rogers, as well as her great grandson, Samuel. She is also survived by her siblings, Margie Hearle, Susan Hearle, Art Rhinesmith, and Orlin Rhinesmith Jr., as well as many nieces and nephews, all of whom she loved very much. In lieu of flowers, please make donations in Lois’s name to the Alzheimer’s Foundation of America:  https://alzfdn.org/support-us/donate/


Posted by Dobbs Funeral Home Obituaries at 7:35 AM No comments: 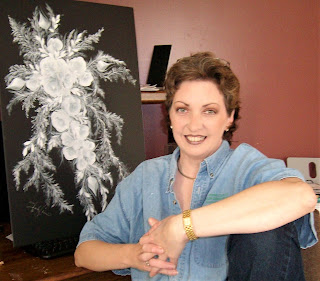 Wendy Elizabeth Fagan, age 51, of Port Orange, FL passed away Tuesday, June 25th, 2019 at Halifax Hospital in Daytona Beach, Fl.  She was born in Orlando, the daughter of Nancy Redner Cairns and the late William James Cairns and was a homemaker.

A graveside service will be held 9:00 AM on Saturday, July 13th, 2019  at Woodlawn Memorial Park Cemetery in Gotha, FL .
Posted by Dobbs Funeral Home Obituaries at 10:32 AM 1 comment: 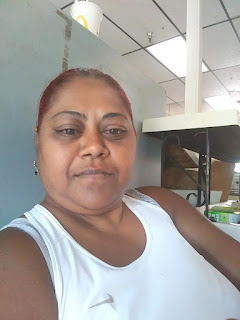 Sabina Wahid, age 50, of Orlando, passed away Saturday, July 6th, 2019 at Health Central Hospital in Ocoee.    She was born in Leguan, Guyana,  the daughter of the late Shirley (Sumintra)  and Mohamed  Wahid and was employed as a gardener.

A traditional Hindu service will be held from 9:00 AM to 11:00 AM on Wednesday, July 10th, 2019 at Dobbs Funeral Home, followed by interment at Metro Crematory in Ocoee.
Posted by Dobbs Funeral Home Obituaries at 3:28 PM No comments: 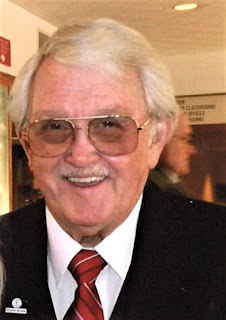 Born in South Bend, Indiana to Mary Kathryn (Buser) and Carroll Clark Canine.  He graduated from Indiana University, then became an officer in the United States Air Force, serving proudly.  He then worked in sales and management for several newspapers in the Southeast including the Orlando Sentinel.  He later founded Effective Advertising and Specialty Factory.

In his younger days, he enjoyed playing golf and was an avid runner.  He also enjoyed sports car racing and was crew member for National & International Porsche racing teams.  In October of 1992, he married Marie Harper.  They thoroughly enjoyed their 27 years together and always traveling to national parks until his death.  He was an active member of First Baptist Church Orlando, where he served as an usher.

A service to celebrate Michael's life is will be held at 11:00 am in the Marie Williams Chapel at First Baptist Church Orlando on Friday, July 12, 2019.

Posted by Dobbs Funeral Home Obituaries at 7:32 PM No comments:

Theresa G. Cones, age 87, of Orlando,  passed away Tuesday, July 2nd, 2019 at Health Central Park, in Winter Garden,  Florida.  She was born in Boggsrock, West Virginia  the daughter of the late Theresa (Horvath)  and Joseph  ACS.

Theresa was a homemaker and predeceased by her husband Conrad W. Cones.  She leaves to cherish her memory, 2 children;  one daughter, one son and one son-in-law.  Graveside services will be held at a later date.

Posted by Dobbs Funeral Home Obituaries at 12:09 PM No comments:

Jose Humberto Rodriguez, Sr. age 74, of Orlando, passed away Wednesday, July 3rd, 2019 at Metro West Nursing Home and Rehab.  He was born in El Salvador, San Salvador,  on May 17, 1945, the son of the late Angelica (Alberto) Rodriguez and was employed as a Certified Public Accountant.

The family will be receiving friend at 10:00 am on Monday, July 8th, 2019 at Dobbs Funeral Home, followed by the funeral service at 11:00 am with Deacon Spencer Silvers officiating.  Interment will be at Winter Garden Cemetery.
Posted by Dobbs Funeral Home Obituaries at 11:13 AM No comments: 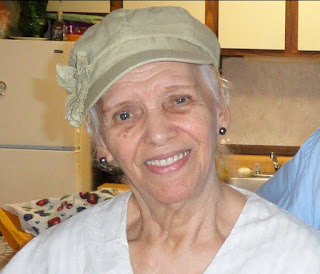 Pauline Sultana Conliffe,  age 91, of Orlando, passed away Monday, July 1st, 2019.  She was born in Georgetown, Guyana, the daughter of the late Frances (Allen)  and David Seymour Conliffe.