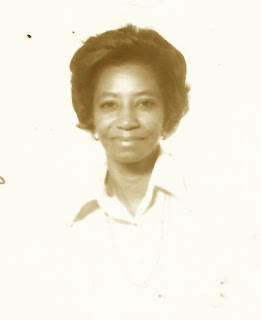 
Posted by Dobbs Funeral Home Obituaries at 1:50 PM No comments:

Michael R Rhodenbeck, age 65, of Orlando, passed away Friday, September 20th, 2019 at Advent Hospice in Orlando.  He was born in Linton, IN the son of Helen (Moehlmann) Rhodenbeck and the late Butler Rhodenbeck and was employed as a commercial construction carpenter.

A memorial service will be held 3:00 PM on Thursday, September 26th at First Baptist Church of Orlando in the Henry Chapel.
Posted by Dobbs Funeral Home Obituaries at 2:54 PM No comments: 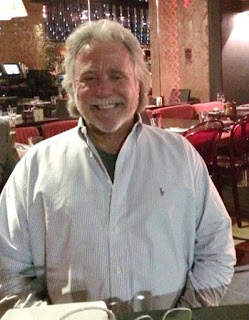 Ken passed away after a short battle with brain cancer.  He was amazing during the past 3 months never complaining or saying “why me”, but handled it with strength and humor.

Ken was a loving, caring man who was a Christian, who loved life, his family and friends.  He had many passions; fishing, motorcycle riding, snorkling/scuba diving, snow skiing but most of all, he loved music.  He had a wonderful singing voice and preferred playing his guitar over other instruments.  He especially enjoyed listening to classic Rock N Roll.

Ken graduated from Rollins College and was a Winter Park Police Officer during the mid 70’s.  His greatest career accomplishment was with Delta Air Lines.  He started in December, 1978 and for 27 years worked in the airline industry spending most of his time as a Airport Customer Service Agent.  He left Delta in 2006 and started driving for several transportation companies.  Ken retired in March of 2019.  Ken will be terribly missed by all.

Posted by Dobbs Funeral Home Obituaries at 11:04 AM No comments: 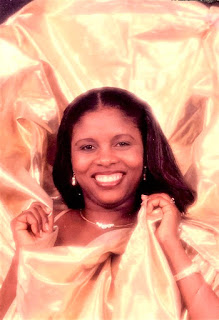 Antoinise Pierre was born on June 13, 1969 in Cap-Hatian, Haiti. She was the youngest child of Destilia Estinoble and Lorius Pierre. Antoinise left home with her sister and spent years living in Sosua, Dominican Republic. In 1994, she set off and venture to Florida. Antoinise was a remarkable cook and an influential business woman. There were many hardships in her life, but also profound blessings. She was a fighter and her incredible tenacity was displayed through her strong will to persevere.

Antoinise’s life seems too short to many, but those who were touched by her understood that the quality of existence far exceeds the quantity of time in which one lives.  Her beautiful smile, comical personality, and selflessness brought so much joy to her loved ones around her. She was loved by so many. She was a vibrant soul, one who lit up the room whenever she entered. She will continue to light up the lives of the ones she loved as our angel.

On September 1st, 2019, Antoinise passed away unexpectedly during a rapid decline in her health. She was surrounded by family and loved ones during the last moments of her life. Her life and legacy will forever be cherished in the lives of the ones she left behind. Antoinise is survived by her children Watson Pierre, Jameslyne Eustache, and Erica Charles;  her two brothers: John Francillon Pierre and Lemercier Pierre. Today we celebrate her life, her legacy and her rising. May God bless you. Always.

The family will be receiving friends at Philadelphia Haitian Baptist Church on September 14, 2019 at 10:00 am., followed by the funeral service at 11:00 am with Pastor Tchillar Gochera officiating.  The church is located at 800 N. Pine Hills Road, Orlando FL 32808.  Interment will follow the funeral service at Winter Garden Cemetery, located at 13636 Lake Butler Blvd, Winter Garden, Florida.

Posted by Dobbs Funeral Home Obituaries at 10:33 AM No comments: 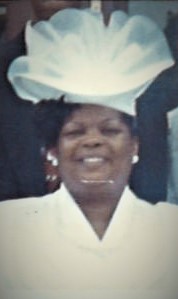 
She united in marriage to the late Larry Donald Nelson; born to this union was a daughter, Yolanda Elaine Nelson” Goodman.  On January 21, 1977 she was united in Holy Matrimony to William Leon Lockhart, her childhood sweetheart.  Out of this union came many Godsons and Goddaughters.  Co-Pastor Lockhart and husband established Temple of Faith OGIC, Inc. in 1990, with a name change, The Florida Cry A Loud International, Inc. Orlando, Florida.

To my daughters, Yolanda, Cassie, Shenkie, Jonique, Melaine, Stacey, Faith, Adrriene and to my sons, Troy, Traye, James, Family and Friends.  When I was in the hospital in October, 2010 for congestive heart failure, I left my body and I stood before the Lord Jesus Christ and I said unto the Lord: “No One Likes My Husband, Who is going to love my husband, who is going to stand with my husband in the ministry?”

The Lord sent me back into my body because of the concerned questions I asked him.  In February 2017, the Lord told me to be ready because he is coming for me.  November 2017, I heard this evangelist speak at the church and the Lord told me it was her, so I told her to say yes, so I can go to heaven.  She said yes to the will of the Lord in 2019.  The Lord answered my questions that I asked of him when I stood before him in October 2010.

When this happens, daughters, sons, family and friends, love her as you loved me.  To my best friend, Bishop William Leon Lockhart, do not wait no long time, Go find your chosen evangelist from the Lord Jesus Christ and you both obey the Lord Jesus Christ.  When she died on September 1, 2019, Mom Lockhart was escorted by angels to her heavenly home, the Holy City.  She answered God’s call at 8:30 am in Orlando, Florida.  She was preceded in death by her parents, Rev. Marvin and Rowena (Sims) Henry, mother Hattie Mae Lockhart – Scott and Superintendent Cornelius B. and Mother Bertha Mae (Casey Brown, two sisters, Juanita Henry and Doretha C. (Henry) Wraggs, Two brothers, Marvin D. “Jay Henry and Richard L. “Ricky” Henry.

She fought a good fight.  She kept the faith and finished her course.

The family will be receiving friends on Saturday, September 14, 2019 at 10:00 am followed by the funeral service at 11:00 am at Advancing The Kingdom Ministries, located at 601 W. Columbia Street, Orlando FL 32805.  Interment will be at Winter Garden Cemetery.  The Repast will follow interment at Meetings Weddings located at 3307 Gardenia Avenue, Orlando 32805 for fellowship with the family.


Posted by Dobbs Funeral Home Obituaries at 9:39 AM No comments: