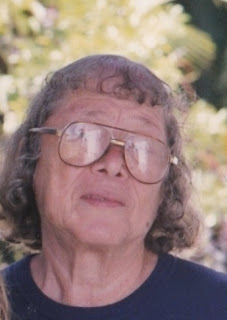 Marguerite Stempel, age 97, of Windermere, FL, passed away Tuesday, June 25th, 2013 at Quality Health Care, Winter Garden.   Marguerite was born in Kingston, Jamaica,  the daughter of the late Vie  DaCosta.  She was a homemaker and moved to Central Florida from Ft. Lauderdale in 2000 .
Marguerite leaves to cherish her memory,  daughter Janita Winkler of Orlando; 3 grandchildren and 3 great-grandchildren.
The family will be receiving friends at Dobbs Funeral Home on June 29th, 2013 from 1:00 until 2:00 pm.  The funeral service will follow visitation with Pastor Mack Elkin officiating.
Posted by Dobbs Funeral Home Obituaries at 10:53 AM 2 comments: 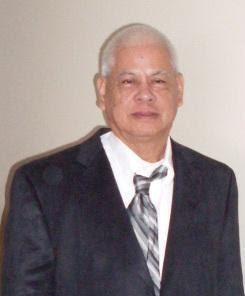 Basilio A Mangune, age 67, of Casselberry, FL passed away Tuesday, June 25th, 2013 in Altamonte Springs.   Basilio was born in the Philippines,  on April 3, 1946, a son of the late Leonarda (Austria)  and Narciso (Pangan) Mangune.  He moved to Central Florida from the Philippines in 1997 and was employed the restaurant industry.


The family will be receiving friends and public visitation from 11:00 am until 1:00 pm, followed by the funeral mass on Friday, June 28, 2013 at Dobbs Funeral Home.  Interment will be at Winter Garden Cemetery
Posted by Dobbs Funeral Home Obituaries at 2:11 PM 2 comments: 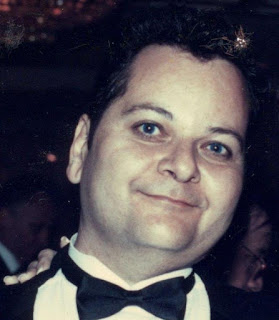 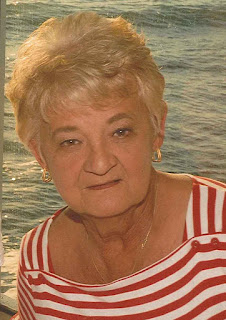 Carol Lahr Wojtanowski passed away peacefully in Palm Harbor FL on June 15, 2013 after a long struggle with cancer, with her loving family by her side.


She was born on January 4, 1946 in Illinois, to Elizabeth and John McDonald.  She met the love of her life, Jerome F. Wojtanowski in Chicago where they tied the knot and proceeded to share the next 26 years of their lives together.


Carol enjoyed gardening, cruising and crafts along with her favorite passion Walt Disney World. In 1976 after her first visit to see Mickey Mouse, she started collecting Disneyana. It was very rare to see Carol without something Mickey on her. In 1980 the family moved to Clearwater Florida to be closer to Disney.   Carol worked many years in the Jewelry business for several major companies.


Services will be on June 18, 2013 from 4pm to 8pm at Dobbs Funeral Home in Orlando. Burial will be at Winter Garden Cemetery on June 19, 2013 with a lunch following services at the home of Jeff and Amy Wojtanowski.

Posted by Dobbs Funeral Home Obituaries at 11:19 AM 4 comments: 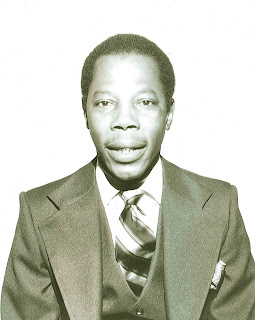 George Walton Tucker, age 78, of  Orlando, FL, passed away Tuesday, June 11th, at his residence.  He was born in Nassau, Bahamas,   the son of the late Alice Rosemond (Gibson)  and Cleophus George Tucker.  George moved to Central Florida from New York in 1979 was employed as a Night Auditor and Airline Sky Cap and member of the Church of God of Prophecy.
He leaves to cherish his memory wife, Katherine (Cooper) Tucker of Orlando; daughter, Shirley Martin of Freeport, Bahamas; four sons Freddie Tucker, Keith Tucker  both of Nassau; Ken Tucker of Washington, DC; Christopher Tucker of Orlando; three sisters Wilimae Cunningham, Pamela Newbold, Judy Fields all of Nassau; 25 grandchildren and numerous great-grandchildren.  The family will be receiving friends on Monday, June 17, 2013 from 10:00a until 12:00p.  The funeral service will follow the visitation with Chaplain Mike from VITAS officiating.
Posted by Dobbs Funeral Home Obituaries at 11:26 AM 3 comments: 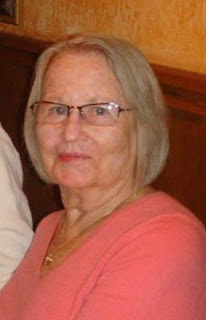 Wanda June Norton Sharkey, (Junebug), passed away peacefully at her home in Orlando, Florida on June 8, 2013 after a long struggle with cancer, with her loving family by her side.
She was born on January 29, 1933 in Lakeland, Florida to Grace L. Lamb Norton and Charles (Slim) W. Norton. She graduated Kathleen High School in 1950 and left to California to attend nursing school.  She soon returned to Florida where she met the love of her life, Robert V. Sharkey. After dating for six weeks they tied the knot and proceeded to share the next 58 years of their lives together.
She became a military wife and spent the next 21 years traveling and raising her 4 children. In 1971, Robert’s military retirement brought them to Orlando, Florida and this is where they remained until her passing.
Wanda enjoyed flowers and gardening and worked at Walt Disney World in the Flower Shop on Main Street for several years.  Robert & Wanda went into the entertainment business and opened up Central Casting and Universal Entertainment.  She was an integral part of the business and always had a compliment and smile for all of the entertainers she came in contact with.
Wanda loved fishing, the outdoors and traveling. Wanda and Bob traveled the globe throughout their time together to such faraway places as China, Hong Kong, Venezuela, Alaska and Europe.  Wanda was such an adventurous spirit she took on the challenge with Bob to sail and live aboard a 53’ Ketch and cruise the Caribbean for a year.
Wanda truly lived life to the fullest, always put her family first, and no one was ever a stranger for long. Everyone will always remember the wonderful detailed stories that Wanda shared.
Wanda is survived by her loving husband Bob Sharkey; Daughters; Danette (Rocky) McMichen, Jennifer Stuart (Mike Buscemi – fiancé), Trina ( Michael) Day, Son; James (Val) Sharkey.  Grandchildren; Jeremy (Sharika) Haffner, Jason (Mandy) Sharkey, Justin Haffner (Melanie Feldstein – fiancé), Leigh (Jim) Hart, Casey Mabe (Kara Paul), Jessica Sharkey, Gracen Day, Rilen Sharkey, Colby Day. Great Grandchildren; Devin Haffner, Tamara Haffner, Jeremiah Haffner, Trent Sharkey, Travis Sharkey, Luke and Levi Sharkey.
Wanda is preceded in death by her parents; Grace and Charles Norton, her brothers; JC Norton and Keith Norton.
Services celebrating the life of Wanda will be held on Wednesday, June 12, 2013 at St. Luke’s United Methodist Church located at 4851 South Apopka Vineland Rd, Orlando, Florida 32819 at 11am.  The family will greet friends from 10:00am to 11:00am prior to the service at St. Luke’s United Methodist Church.  Burial will immediately follow at Dr. Phillip’s Cemetery, 5410 S. Apopka Vineland Rd, Orlando, Florida 32819.
The Sharkey family would like to extend their gratitude to the wonderful staff of “Hospice of the Comforter”, “Visiting Angel”, Marcia Quint and the loving and caring friends that have called, visited and cared for her.  Wanda loved flowers and in addition would welcome donations made in her name to the Hospice of the Comforter. http://www.hospiceofthecomforter.org/gift
Posted by Dobbs Funeral Home Obituaries at 1:35 PM 6 comments: 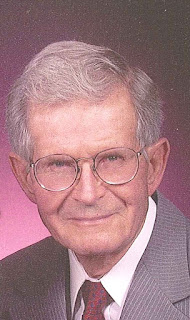 Julian Merideth, born to Fred and Viola on July 10, 1927 in Indiana passed peacefully, Thursday in Lakeland, Fl.  A proud graduate of Indiana University Bloomington, dad married Carolyn Elizabeth, predeceased, and started a family and career after relocating to Central Florida.  Always the optimist and with a dry wit dad was a positive role model for our family and the many lives he touched through his career in finance and dealer relations at GMAC.  Dad was fortunate to find true love once again and married Virginia (Ginny) who survives him to cherish the many wonderful memories they made along with sons Gary (Vivian), Bruce (Terry) and daughter Susan, stepdaughters Cathy (Rusty), Karen (Bob) and stepsons Mike and Phil along with 13 grandchildren and 9 great grandchildren.
The family will be receiving friends at Dobbs Funeral Home from 3:00 until 4:00 pm, followed by the funeral service at 4:00 pm on Tuesday, June 11, 2013.   In lieu of flowers please make donations to Dad and Ginny’s favorite charities Meals on Wheels, VITAS or Hospice.
Posted by Dobbs Funeral Home Obituaries at 10:53 AM 1 comment:

Myles Alexander Mea, (infant) passed away on Wednesday, June 5, 2013.  Myles is the son of Alexander and Loneice (Sands) Mea of Kissimmee, Florida.  He leaves to cherish his memory his parents; paternal grandparents Zos and Beatriz Mea; and maternal grandparents Elizabeth and Lionel Sands.
A memorial service will be held at 1:00 pm on Friday, June 14, 2013 in the Henry Chapel at First Baptist Church of Orlando.
When God calls little children to dwell with Him above,
We mortals sometimes question the wisdom of His love.
For no heartache compares with the death of one small child
Who does so much to make our world seem wonderful and mild.
Perhaps God tires of calling the aged to His fold.,
so He picks a rosebud before it can grow old.
God knows how much we need them, and so He takes but a few
To make the land of Heaven more beautiful to view.
Believing this is difficult, still somehow we must try,
The saddest word mankind knows will always be "Good bye".
So when a little child departs, we who are left behind
Must realize God loves children
Angels are hard to find.
Posted by Dobbs Funeral Home Obituaries at 10:08 AM 1 comment:

Anne LeBlanc, age 79 of Orlando, passed away on June 4, 2013.   She was born in Erie, Pennsylvania the daughter of Paul and Marie (Shultz) Remaley and moved to Central Florida in 1960.  Anne was a homemaker and member of St. James Catholic Cathedral.
She leaves to cherish her memory husband Gene LeBlanc of Orlando; sons Gregory and Richard LeBlanc both of St. Petersburg, FL and brother John Remaley of North Carolina.  A  memorial mass will be held at 10:00 am on Tuesday, June 11, 2013 at St. James Catholic Cathedral, 215 N. Orange Ave, Orlando FL.
The family requests in lieu of flowers, donations be made to Samaritan Care Hospice, 1300 N. Semoran Boulevard, Ste 210, Orlando FL 32807.
Posted by Dobbs Funeral Home Obituaries at 7:59 AM 1 comment: