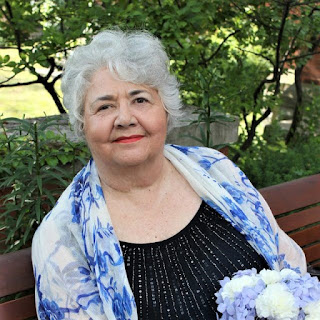 Born in Buffalo, NY to Thomas F. and Pauline Donoghue, she was predeceased by brothers Robert (Joan†), Patrick (Jean), and Roger. After graduating from Rosary Hill (Daemen) College in 1958, Joan enjoyed a long career teaching at Starpoint Central School, where she met her husband, Bill. The first in her family to receive a graduate degree, Joan enjoyed sharing her knowledge and love of reading with her students, especially those who were otherwise left behind. She was an early advocate for the New York State United Teachers (NYSUT) and was passionate about theatre, politics, and travel throughout her life.

Joan and Bill were long-time residents of Lockport, NY and have recently been remembered as, “the high watermark for thought, art, food, and fun.” Known for her regal, fashionably late entrances to social gatherings, Joan will be dearly missed by her extended family and many friends.

Before her death, Joan proudly cast her final vote in a presidential election, which has been recorded in the state of Florida. There will be a Mass of Christian Burial at Holy Family Catholic Church in Orlando on 11/2 at 10:30am, followed by interment at Forest Lawn Cemetery in Buffalo, NY. There will be no prior visitation. Flowers graciously declined. Memorials can be made to the American Civil Liberties Union (ACLU) or your community Hospice, PBS station, or food bank. Remembrances are welcomed and appreciated at facebook.com/joan.hoebbel

Posted by Dobbs Funeral Home Obituaries at 11:08 AM No comments: 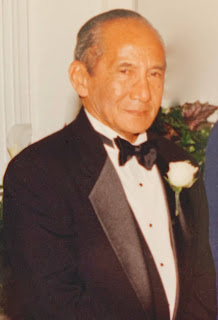 Rafael E. Catig, Sr. born to Francisco Catig Castle and Cristeta Escutin on June 29, 1931 in Manila, Philippines. Rafael went home to be with the Lord, Sunday, October 25, 2020 surrounded by his family.

Rafael fulfilled his desire to move his family from the Philippines to the United States in May of 1979.

Rafael worked as Church Custodial for many years. Spending over 15 years working for Tabernacle Baptist Church.  He worked for Walt Disney World Resorts for a little over 10 years until he retired in 2010.

As a young man, Rafael had the love for boxing, baseball, and surf fishing, but the love of his life was his wife!

The family requests that in lieu of flowers, donations be made to Heritage Preparatory Christian School, located at 6000 W. Colonial Drive, Orlando FL 32808. 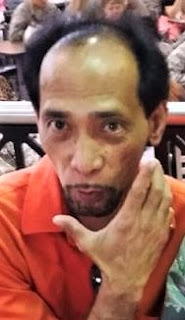 Albert H. Daquioag, age 61, of Orlando, passed away Friday, October 23rd, 2020 at Orlando Regional Medical Center,   He was born in Manilla, Philippines,  the son of the late Sixta (Halili)  and German  Daquioag and was employed as a retail sales manager.

Calling hours are from 4:00 pm until 6:00 pm at Dobbs Funeral Home.  The funeral service will be held at 5:00 pm. with Deacon Laurence Herbert, Officiating.

Posted by Dobbs Funeral Home Obituaries at 10:17 AM No comments: On Wednesday Oct 14 after more than two years battling cancer, John Andrew "Grizz" Elliott, age 62, passed into heaven. John was the eldest son of Earl "Buck" Elliott and Delia D Elliot, both deceased. He was also the loving big brother to James "Jimmy" Elliott, who preceded John in death in 2011. A true Orlando native, John loved his Colonial Town community and Florida's natural parks and beaches. He was an alum of Boone High and UCF, where he excelled in biology and chemistry. John attributed his natural athletic ability to his Grandfather, Andrew "Ponzi" D'Alessandro a 4-time straight pool World Champion and inductee to the Billiard Congress of America's Hall of Fame. John's applied his Ponzi given gifts to the game of table tennis, traveling the US while winning 5 national titles in Men's doubles, all with a different partner.
John discovered his true passion in the hospitality industry, where he was proud to be a Dining Room Manager and Server at the most exclusive establishments in Orlando. John created memorable meals and events for four US Presidents, six Florida Governors and a myriad of celebrities at Lake Nona Country Club, Park Plaza Gardens, Charlies Steak House, Cattleman's and Pebbles, just to name a few. He was also a part of the opening team and the assistant manager at the exclusive car club, Luxautica. He loved people and worked all holidays, including every Thanksgiving morning to serve the needy at the Coalition for the Homeless.
John was extremely grateful for the exceptional care he received at Advent Health Cancer Institute with Dr. Muhammd Imam, Dr. Yaphet Tilahun and their entire teams. They treated him like family and quickly joined John's large circle of friends. Dr Imam commented that he was grateful to John for introducing him and his staff to classic Opera. He learned that just a few minutes of Andrea Bocelli at the end of a stressful day really could melt his stress away!
John was an tremendous supporter of the Arts, from the music of local bands or big-name performers, to stage plays and art festivals. It was his wish that in lieu of flowers, donations be made to the newly formed Greater Orlando Performing Arts Relief at GOPAR.ORG. In partnership with St Luke's, GOPAR provides financial relief and other resources to our local Actors, Musicians, Designers and Technicians devastated by the COVID shutdowns.
John will be dearly missed by his large circle of family and friends, but most especially by his aunts Louisa D. Weever and Madeline D. Masters. A post COVID memorial toast and wake (TBA) will be held at Lee Wortman's Sportstown, where a memorial chair at the bar with John's name and his moniker "The Watcher", will be displayed at every NBA Game.
Posted by Dobbs Funeral Home Obituaries at 4:06 PM 1 comment: 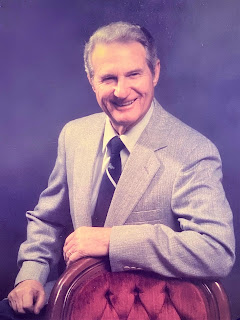 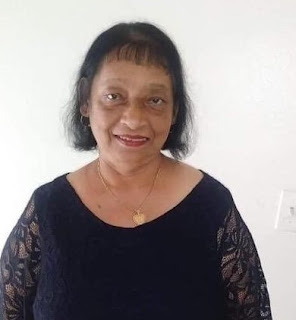 Posted by Dobbs Funeral Home Obituaries at 4:07 PM No comments: