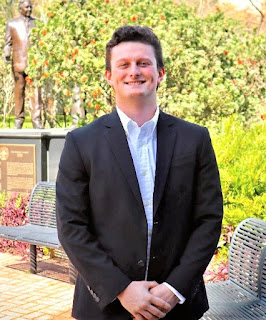 Simon August Sorvillo, age 23, of Orlando, FL passed away Wednesday, September 14th, 2022. He was born in Orlando, FL on November 19, 1998, and was recent graduate of Florida State University.

Simon leaves his parents, Robert and Erin Sorvillo and his older brother and best friend Cole, to cherish his memory. Often known as the life of the party, he lit up a room with his big personality, great sense of humor, and his deep dimpled smile.  He was a great listener, a hard worker, was nonjudgmental, and had such a kind heart he would give you the shirt off his back. He overcame so many challenges in his brief time on earth and made an indelible imprint on our hearts that will last forever. He will be greatly missed and while we are heartbroken, we are not without hope.  We know he is at peace with our Lord and Savior. A source of comfort for his family is that his mother found a scripture card she had sent him a couple years prior, and it read “Therefore if anyone is in Christ the new creation has come: the old has gone, the new is here!”  2 Corinthians 5:17

Rest in peace our precious Simon.  We will never forget you!

A celebration of his life will be held on Friday, October 7th, 2022, at 6PM at Grace Church in Orlando, FL. Grace Church is located at 2300 Pembrook Dr, Orlando FL 32810 and a reception will be held immediately following the service.

Posted by Dobbs Funeral Home Obituaries at 9:44 AM No comments: 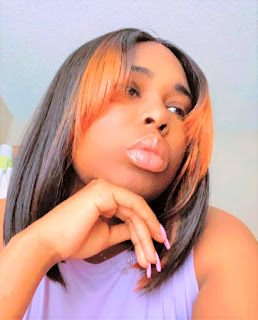 Tadrina Lesha Dort, age 24, of Orlando, FL passed away Tuesday, September 13th, 2022 at Orlando Regional Medical Center.   She was born in Orlando, the daughter of Althea Amanda (Chenault), of Orlando, FL 32805 and Marcksen Dort also of Orlando, Tadrina was a CNA student. 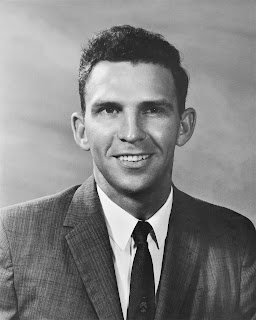 Bob was born on November 25, 1932 in Laurel Hill, Florida to J.D. Burkett and Claudie Mae Hodge Burkett. Sadly, his father passed away when he was only one year old. His childhood was spent in Florala, AL; Mobile, AL; and Pascagoula, MS. Upon graduating from Pascagoula High School, he moved to Childersburg, AL with his mother, sister, and step-father. In 1953, he enlisted in the United States Air Force and eventually was stationed in Orlando where he served the remainder of his duty and met the love of his life, Alma. They married on April 16, 1954.

In 1957, shortly after his discharge from the Air Force, he began his career with Publix. As Publix expanded, Bob was transferred to south Florida where he was assistant manager in Lighthouse Point and then in Coral Ridge. In 1961 he was promoted to manager of a brand new store in Boca Raton and then to West Palm Beach. He worked his way up through the retail side of the business and retired as a Regional Director of Retail Operations in the Miami Division in 1995.

Bob’s faith in God was central to his life. As a young boy, he and his mother walked to a revival “tent meeting” and that is where he accepted Jesus Christ as his personal Savior. He then recommitted his life to Christ in his early adult life at a revival in Orlando. At that time, he and Alma committed to tithing and have been faithful servants ever since. Bob and Alma raised their three children in West Palm Beach where they were members of Haverhill Baptist Church for many years. While living in Boca Raton, they were active members of Bible Town/Boca Raton Community Church. Upon retiring, Bob and Alma moved back to the Orlando area and joined First Baptist Church Orlando. An important part of Bob’s life was serving in the church. Participating on various committees, ushering, serving as a deacon and teller, and helping in the widow ministry are just a few examples of how Bob desired to honor the Lord by actively engaging in church community. God honored his faithfulness and Bob lived a very blessed life. His life verse was 1 Peter 3:15 “But in your hearts set apart Christ as Lord. Always be prepared to give an answer to everyone who asks you to give the reason for the hope that you have. But do this with gentleness and respect.”

Bob loved his wife and treasured Alma as a gift from God. He loved his family and when he wasn’t working, they were who he desired to be with. Above all, he loved the Lord and desired all to know Jesus as Savior. Bob was a man of great character - honest, a hard worker, reliable, compassionate, and generous. He prayed faithfully for his family and friends. He could always be counted on and was a wise counsel to many. He was a tenacious problem solver, a perfectionist, and a wonderful handyman. He was a devoted fan of the Alabama Crimson Tide. As an avid golfer, he truly enjoyed his Thursday golf with friends.

Bob will be greatly missed by his family and friends. There is great comfort in knowing that although he is no longer here with us in this temporary world, he is in the presence of his Lord and Savior waiting for us to join him one day. That is the hope that gives us the peace that passes all understanding. Bob would agree with David in his Psalm 23:6, "Surely goodness and mercy shall follow me all the days of my life, and I shall dwell in the house of the Lord forever."

The celebration of Bob’s life is Friday, September 23rd at 1:00pm in Henry Chapel, First Baptist Church Orlando with a reception to follow at the church.

In lieu of flowers, donations can be given in memory of Bob Burkett to First Baptist Church Orlando - Grace Ministry or Florida Baptist Children’s Home Lakeland (onemorechild.org).

Posted by Dobbs Funeral Home Obituaries at 3:58 PM No comments: 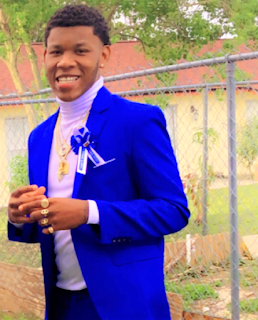 Hamishee Dorian Williams, Jr., age 17, of Orlando, FL tragically passed away Friday, September 9th, 2022.  He was born in Orlando, on September 7, 2005, the son  of Shenell (Callwood)  and Hamishee Williams, Sr.  and was a high school student.

Public visitation will be held from 5:00 until 8:00 pm on Thursday, September 22nd, 2022 at Dobbs Funeral Home in Orlando, FL.  The funeral service will begin at 6:30 pm with Apostle Rowland Young-Jack officiating.

Posted by Dobbs Funeral Home Obituaries at 4:06 PM No comments: 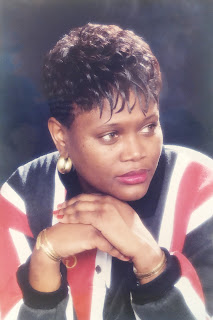 Harriet Phillips-Greene was born in Miami Florida on August 5, 1959 to Hattie and Corris Phillips.  She is the sixth child of 7 children. She also was brought up in the church in a Christian home, where her Father Corris Sr. Was a pastor.

She worked with the State of North Carolina as  Probation Officer for a few years.

Myrtle as we affectionately called her became disabled in 2006. She moved to Orlando, Florida to continue medical treatment and to be close to family.

The family will be receiving friends on Friday, September 16th, 2022 at 10:00 am, followed by the funeral service which starts at 11:00 am at Dobbs Funeral Home with Rev. Linda Jafari officiating. Interment will be at Orlando Memorial Gardens in Apopka.