Orlando Rivera, age 42, passed away on  Friday, March 29, 2013.  Orlando was born in San Juan, Puerto Rico the son of Efrain and Zayda Rivera.  He moved to Central Florida from Puerto Rico in 1975 was was employed as a cook .
He is preceded in death by his mother Zayda Riversa (2010) and leaves to cherish his memory, father Efrain Rivera of Orlando; brother Efrain Rivera of Orlando; sisters Hilda Rivera of Puerto Rico, Jessica Rivera of Maitland; and maternal grandmother Rafaela Ortiz-Rivera of Puerto Rico.
The family will be receiving friends from 11:00 - 12:30 on Tuesday, April 2, 2013 at Dobbs Funeral Home.    A Mass of Christian Burial will follow visitation.  Interment will be at Dr. Phillips Cemetery. 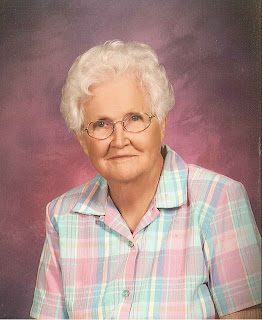 Molly Evalena (Outlaw) Burnett age 94, of Orlando/Cocoa, passed peacefully to be with her Lord on March 24, 2013 with her family at her bedside.  Evalena was born in Jacksonville, Florida on December 18, 1918 to Hammitt D. and Daisy Rebecca Outlaw.  She grew up in Sumter County where her parents were among the early settlers in Mabel along with her beloved sisters and brothers.  She married Marvin Merle Burnett on March 1, 1942 in Lake City and they remained happily wed until his death on September 20, 1973.  Evalena enjoyed retirement after 25 years of service as a school bus driver with Orange County, where she was much loved and respected by the students.
She fulfilled her life with world travel, gardening, and most importantly, as matriarch and mentor to her family.  She was an active member with Delaney Street Baptist Church since the 1950;s until her move to Cocoa in 2007 to be under the loving care of daughter and son-in-law, Becky and Wayne Sanders.  Her greatest joys in life were serving others and fellowship with family.
Left to cherish her memory are her children, Phil Burnett (Billie Rae of Baton Rouge; Kay Mazak (Paul) of Center Hill; Becky Sanders (Wayne) of Cocoa; Harvey Burnett (Jill) of Orlando; Tonya Koch (Ken) of Inverness; and Robin Burnett of Ormond Beach.  She is also survived by 14 grandchildren, 15 great-grandchildren, 2 great-great grandchildren, and many nieces and nephews.  The family will hold a visitation at Linden Baptist Church, 4344 S.R. 50, Webster, on Thursday, March 28, 2013 at 10:00 with services following at 11:00.  Interment will be at Linden Cemetery.  In lieu of flowers, memorial donations may be made to Delaney Street Baptist Church, 1919 S. Delaney St., Orlando, FL 32806; or Linden Baptist Church.
Posted by Dobbs Funeral Home Obituaries at 11:06 AM 26 comments:

Robert Martin Pores, age 79, Sarasota Florida, passed away on Tuesday, March 12, 2013.  Robert was born in Brooklyn, New York, the son of Dan and Jennie Pores. He served in the United States Navy and was employed in product support at Martin Marietta - Aerospace Electronics where he worked for 34 years.


Robert is preceded in death by his son Marc Craig Pores in 1980 and wife Annette Tokowitz Pores in 2010.    Graveside service will be held on Friday, March 15, 2013 at Ohev Shalom Cemetery in Orlando, Florida with Rabbi Kay officiating.
﻿
God full of mercy who dwells on high, grant perfect rest beneath the wings of Your Divine Presence in the lofty heights of the holy and pure who shine as the brightness of the heavens to the soul of Robert Pores who has gone to his eternal rest; may his repose be in the Garden of Eden. We ask, Master of Mercies, that you keep in the shelter of Your wings for all time, and may he be bound up in the bond of everlasting life. Adonai is his inheritance, and he shall rest in peace. Let us say, “Amen.”
El maley rachamim shochen ba-m'romim ha-m’tzey menuchah nekhonah tachat kanfey has-Sh’khinah b’ma'alot kedoshim u’t'horim k’zohar ha-rakia maz’hirim, l’nishmat . . . . sh’halakh l'olamo, b’Gan Eden t’hey m’nuchato. Ana, Ba’al ha-Rachamim, yas’tireyhu b’seter k’nafekha l'olamim, u’tz’ror bi’tz’ror ha-chayim et nishmato. Adonai hu nachalato, v’yanu’ach b’shalom al mishkavo. V’nomar, “Amen.”
Posted by Dobbs Funeral Home Obituaries at 2:21 PM 3 comments: 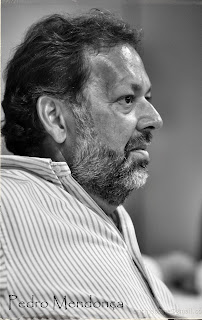