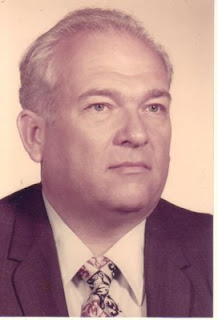 Brantley Pate Slaughter, age 78 of Orlando passed away on Tuesday, January 6, 2009. He was born to Brantley and Nina (Pitts) Slaughter in Orlando. He served in the United States Army and also set up electronic equipment in Washington, DC. He was employed as an engineer in the early years at WDBO Radio/TV which is now CBS Channel Six. After his employ with WDBO, he operated two community newspapers. He was active in the community as the voice to Orange County Government and County Schools. Although Orlo Vista has no official mayor, he was fondly referred to as the “Mayor” of Orlo Vista. He was also liaison for the Mayor of the City of Apopka. For several years he and his wife Wauneeta distributed food from Publix to distribute to the Russell Home, Edgewood Boys Ranch and numerous church organizations. To a great number of seniors in the Orlo Visita community, the food meant the difference between eating and not eating. He was actively involved in starting the Rotary Club in Celebration. Every Saturday he was in Kissimmee where he and his wife would be helping give ice cream desserts with “Give Kids The World” until his health took a turn. Brantley is survived by his wife, Wauneeta (Lay) Slaughter of Orlando; son, David Slaughter of Orlando, daughters, Sue Slaughter of Orlando, Colleen Moore of Kentucky; son, Mike Slaughter of Canada, daughter, April Emigh of Alabama; 9 grandchildren and 8 great grandchildren. The family will be receiving friends at Dobbs Funeral Home on Monday, January 12, 2009 from 3:00 – 5:00 p.m. The funeral service will be held at 4:00 p.m. during the visitation.
Posted by Dobbs Funeral Home Obituaries at 10:13 AM