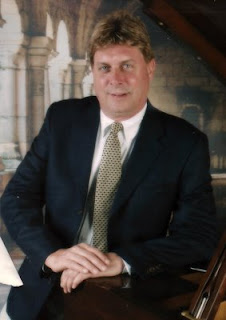 Timothy J. Hogan, 51, of Orlando, passed away Tuesday evening, May 19, 2009 in the company of his loving wife Kathy, and his devoted mother, Darla. Tim was born March 16, 1958 in Detroit, a child of Terence and Darla Hogan. He was a graduate of St. Francis High School in Traverse City, Michigan, and Tim went on to graduate from orthwestern Michigan Community College. Tim had an interesting and diverse professional career which took him all over the world; when working with logistics. He settled in Orlando in 1986. Ultimately, he became the financial controller for Sleuth's Mystery Dinner Theatre in Orlando. Tim enjoyed spending time with family and friends; and had a true zest and excitement for every aspect of life. Tim is survived by his wife Kathy Hogan, his best friend, light, and love of his life. Kathy was blessed with 20 years of love and laughter. He is also survived by his loving and caring mother, Darla C. Hogan; his three siblings, Nancy A. (Hogan) and Charles L. Throneburg of Oswego, Il, Martin F. Hogan of Augusta, MI and Jennifer M. (Hogan) and Christopher C. Linder of Westchester, OH;, and brother-in-law John Lewis of Orlando, FL. He will be greatly missed by his nieces and nephews; James T., Kaitlin M., and Molly M. Hogan of Traverse City, MI, Madison R. Throneburg of Oswego, IL, Kaitlynn Hogan of Augusta, MI, Tara M. Vezina and Nicholas T. Linder of Westchester, OH, and Caitlin Lewis of Orlando, FL. Tim was truly blessed with a multitude of wonderful friends and family. Tim was preceded in death by his father, Terence Patrick in 1993; and his brother, Thomas John in 2002. Tim will be in our hearts forever. A memorial service will be held on Tuesday, May 26, 2009 at 2:00 PM at Resurrection Catholic Church with Father Alex officiating. The family requests that in lieu of flowers donations be made to the American Lung Society.
Posted by Dobbs Funeral Home Obituaries at 2:18 PM

Once we glance at the term the idea of really like, not just in terms of a close partnership along with another, but for a sense that's engendered should you have miltchmonkey a greater relationship on your own very , or even just as a a sense of better oneness family members or maybe mankind , that develops into much more superior that most any individual is looking to get in your everyday living will be like.

This post actually made my day. You cann't imagine just how much time I had spent for this information! Thanks!