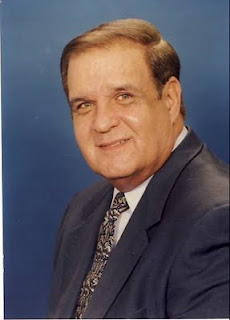 Robert F. Alvarez, 66 of Davenport, Florida passed away Tuesday, November 10, 2009. Robert was born in Havana, Cuba on September 15, 1943. In 1957 he moved to West Pal Beach, FL. While in college, he met and married Eunice Perez Salcines on January 24, 1964. They had two children together, Eunice and Robert.
Robert was a top producing sales executive for Marriott Vacation Club, where he won salesman of the year, and achieved presidential status. He had a unique ability to connect personally with clients and whether they purchased or not, he always made an indelible impression.
Robert was dedicated to his family and loved to spend time with his grand-children. He loved vacationing and had traveled in Europe and in particular went on many cruises of the Caribbean. He was a generous and caring husband and father. He enjoyed swimming with his family and taught both his grand kids to swim. He was the life of the party, entertaining his family with funny stories from his life. He had a knack for always landing on his feet no matter what life threw at him. He will be sorely missed by those who loved him.
He is survived by his wife, Eunice P. Alvarez, his two children, Eunice A. Fuller & her husband Jeff and Robert H. Alvarez & his wife Emily, his grandchildren Robert H. Alvarez Jr., and Gabriella J. Fuller, and his brother and sisters, Mariana Sylvester and Fernando Alvarez both of West Palm Beach, FL and Dalia Alvarez of Boston, MA.
The family will be receiving friends on Monday, November 16, 2009 at First Baptist Church of Orlando located at 3000 S. John Young Parkway, Orlando from 1:00 - 3:00 PM. The funeral service will be held at 3:00 PM. Both will be held in Henry Chapel. In lieu of flowers, the family requests donations to be made in memory of Robert F. Alvarez, to First Orlando Foundation , at 3000 S. John Young Parkway, Orlando, FL 32805. Proceeds to be used for the First Baptist Church's Cuban Mission. 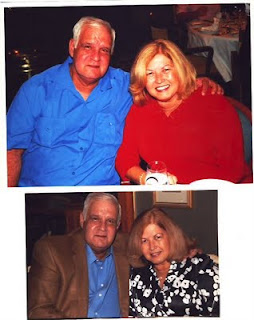 Dear Alvarez Family - I want to send my deepest sympathy for your loss. Bob was a wonderful teacher, friend and sales manager for me when I worked at Fairway Chrysler in the mid 1990's. I have terrific memories of his wonderful sense of humor, his caring for others, his teaching, sense of fair dealing and love of family and friends. And one can never forget that positive attitude and terrific smile. I am very proud to have had the opportunity and experience working with Bob. I think of him often and know you will always cherish him in your memories. May God bless and be with all of you until you meet again.
William H. (Bill) Pass
Orlando, FL