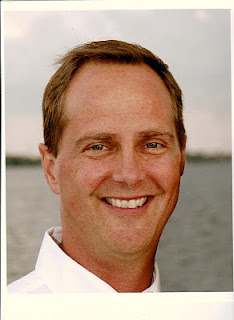 A memorial service will be held at First Baptist Church of Orlando on Wednesday, April 14, 2010 at 4:00 PM. In lieu of flowers, the family has requested that contributions be made to The First Academy in his memory.
Posted by Dobbs Funeral Home Obituaries at 1:18 PM

I remember Scott as a guy who loved life and his family. He always made us laugh. We have fun memories of Scott, Ladelle and Jared during our years at Southtown Baptist Church in Bloomington, MN. We feel so sad that he left this world so young, but rejoice that he is with the Lord in his forever home. Ladelle, we love you and pray for you and the kids during this difficult time.
Woody and Debbie Holyfield

Words are meaningless when a great guy like Scott gets promoted. It seems like yesterday that this sharp couple of newlyweds appeared from So.Dak. at our little church and stole our hearts.
Wit, intelligence,sincerity, creativity...they had it all. I can't imagine the loss Ladelle and her friends and family feel.
I read where your former Christian friends meet you at heaven's gate. Bet he's still slappin' high fives!
In Him, JT.