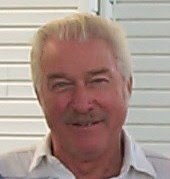 Robert Eugene Pangle, age 76 of Montverde, Florida passed away on Friday, January 6th, 2012 in Orlando. Robert was born in Strasburg, Virginia the son of the late Geneva (Funkhouser) and John Wise Pangle. He was employed as a driver in trucking and transport and was a member of the Teamsters Union. Robert leaves to cherish his memory, two daughters Terri Pangle of Orlando, Shannon Whiting of Costa Rica; two sons Robert Pangle, Jr. of Winter Springs, Kenny Pangle and wife April of Pine Mountain, Georgia; three brothers Jerry Polk and wife Maureen of Orlando, Dallas Pangle and wife Gail of Maryland, Donald Pangle of Maryland; 8 grandchildren and numerous nieces and nephews. The family will be receiving friends on Monday, January 9th, 2012 from 6:00 until 8:00 pm at Dobbs Funeral Home. Interment will be in Strasburg, Virginia.
Posted by Dobbs Funeral Home Obituaries at 2:07 PM

Our hearts and prayers are with you all. We loved him so much and we will always remember our fishing trips and all the stories we could tell. God Bless you all.
Love, Mikey and Wanda

To Uncle Bobby.We love you and miss you.You will always be in our hearts.

To my dad who touched so many in his very special way. Our lives will never be the same. Thanks for always being so special, thanks for being you. I love you!!