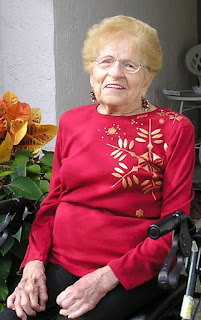 Isabel Rita Clasen, a resident of Orlando, Florida since February of 2009 and formerly of Elysian Valley, California, passed away on March 10th, 2012. She was born in St. Cloud, Minnesota on December 1, 1919. Isabel and her husband of 58 years , the late Leonard Clasen, moved to the Elysian Valley in Los Angeles California in 1942. The are preceded in death by their son, Gerald Clasen, and are survived by their children, Richard Clasen of Seattle, Washington; Kathleen Peppard of Galt, California; Charlene Brookfield of Orlando, Florida; Barbara Owen of Tulsa, Oklahoma; Dennis Clasen of Tujunga, California; Clifford Clasen of Big Bear, California; sister Dorothy Agnew of San Diego, California; 34 grandchildren, and even more great and great-great grandchildren. She was a member of St. Andrew Catholic Church in Orlando, Florida; and prior to that she was a member of St. Ann Catholic Church in Los Angeles, California, where she served as President of The Altar and Rosary Society, along with many other activities through the years. Isabel was a den mother with the Cub Scouts, actively involved with the Elysian Valley Community, and celebrated her 60th Anniversary as a Avon Representative in July of 2011. The funeral mass celebrating Isabel's life will be at 10:00 am on Tuesday, March 13th, 2012 at St. Andrew Catholic Church in Orlando, Florida followed by a graveside service at Resurrection Cemetery in Los Angeles, California on Thursday, March 15th, 2012 at 2:00 p.m. 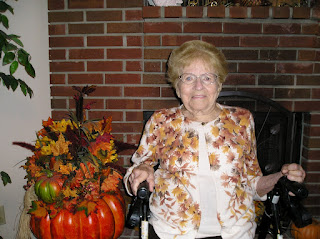