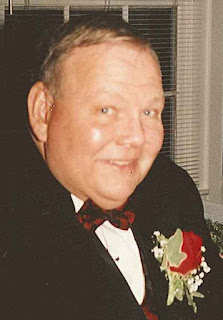 Went to his heavenly home on May 21, 2012.  Dan was born in Kissimmee, Florida to the late Clyde and Elizabeth Freeman.  Dan attended Boone High School, Valencia Community College and the University of Florida.  he served in the United States Air Force.  he was a Fireman and EMT with the Orlando and Winter Park Fire Departments.  He also taught at The Fire Academy.  Dan was a member of the First Baptist church of Orlando, where he met the late Kathryn (Kathy) Folker, who gave him the honor of being his wife.  Dan was a true gentleman and a man of God.  He wanted people to see Jesus in him.  With all his pain and suffering, all of his Care Givers were amazed with his attitude.  He leaves to cherish his memory, Brothers Frank (Eva) Freeman of  Dover, Delaware, John Freeman of Clermont, Florida; sisters Barbara Railsback of Deerfield Beach, Florida, Mona (Duane) Atkinson and Elizabeth (Libby) Freeman both of Clermont; several nieces and nephews wich he was extremely close to Shawn (Deb) Roth of Apopka, Florid and Chance Freeman of clermont and sister-in-law Barbara (Whitey) Waid of Acworth, Georgia.  the family will be receiving friends in the Henry Chapel of First Baptist Church of Orlando on Friday, May 25, 2012 from 6 - 8 pm.  The service will be held in the Henry Chapel on Saturday, May 26th, 2012 at 1:00 pm.  Interment will be held at 11:30 am on Tuesday, May 29th, 2012 at Florida National Cemetery in Bushnell, Florida.  The family request in lieu of flowers donations be made to First Orlando Foundation for the Freeman plaque.
Posted by Dobbs Funeral Home Obituaries at 8:15 PM

I am sure this article has touched all the internet people,
its really really good article on building up new web
site.

What's up Dear, are you truly visiting this website daily, if so afterward you will definitely obtain nice experience.

Ιf you woulԁ likе to gеt a good dеal frkm this piece of writing then you
have tο apply ѕuсh techniques to youг
won websitе.