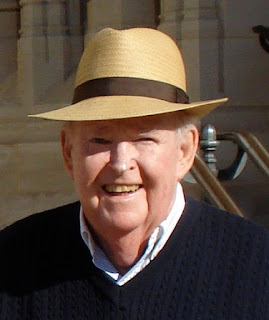 Robert Peter Dempsey, age 76, of Orlando, FL passed away Saturday, October 27th, 2012, at his home in Orlando.  Born in Boston, MA, Bob was the son of the late Josephine (Sullivan) and James Brenden Dempsey.   Bob enjoyed a lengthy and successful career in radio, television, marketing, and advertising, including general management positions at radio stations in Providence, RI, and Orlando, Miami, and Jacksonville, FL, and in sales management for a network affiliated TV station in Providence.  He was also the marketing director for the syndicated radio program “An American Idea” which was named the country’s “Best Syndicated Daily Radio Program.”

Bob became known and respected nationwide for his work as an Account Executive with Orlando’s DeFalco advertising agency, overseeing millions of dollars in investments in radio, television, and print advertising on behalf of many of the nation’s most successful car dealerships.  A lifelong sports fan, he returned to radio late in his career, winning “Salesman of the Year” honors for his performance for Clear Channel’s sports station in Orlando, and subsequently with Genesis Communications in Orlando as well.  More recently, he founded Bob Dempsey Advertising, developing and executing marketing and advertising campaigns for businesses throughout Central Florida.

Bob infused all of his projects – indeed, all of his life -- with enthusiasm, energy, and creativity, and he will be missed not only by family and friends, but also by his associates, his clients, and all who have been touched by him.  He was a proud veteran of the U.S. Air Force and a member of Holy Family Catholic Church in Orlando.

The family will be receiving friends at Dobbs Funeral Home on Thursday, November 1st, 2012 from 6:00 - 8:00 pm.  A Mass of Christian Burial will be celebrated at Holy Family Catholic Church, Orlando, FL, at 11:00 am on Friday, November 2nd.   In lieu of flowers the family asks that donations be made in Bob's name to VITAS Innovative Hospice Care, 2201 Lucien Way, Maitland FL 32751.
Posted by Dobbs Funeral Home Obituaries at 12:36 PM

I was saddened to read of your Dad's passing and wanted to express my condolences to you and your family.Our paths crossed in the 1970s when he ran Susquehanna Broadcasting's WKIS and I was with The Outlet Company's WDBO AM/FM. He was a superb leader and a fierce competitor, a genuine asset to Orlando broadcasting community. I am sorry for your loss.

Hello there! This blog post couldn't be written much better! Going through this article reminds me of my previous roommate! He always kept talking about this. I'll send this information
to him. Fairly certain he will have a good read. Thanks for sharing!

My spouse and I stumbled over here from a different page and thought I should check things out.
I like what I see so i am just following you. Look forward to exploring your web
page repeatedly.

Take a look at my web page ... Buy viarex

What's up, I read your blog regularly. Your humoristic style is witty, keep doing what you're doing!

This is a good tip especially to those fresh to the blogosphere.
Brief but very accurate info… Thanks for sharing this one.
A must read post!

Hey there, I think your website might be having browser compatibility issues.
When I look at your website in Ie, it looks fine but when opening in Internet
Explorer, it has some overlapping. I just wanted to give
you a quick heads up! Other then that, terrific blog!

Can you tell us more about this? I'd like to find out more details.

Hello, I enjoy reading all of your post. I wanted to write a little comment to support you.

I just could not depart your web site before suggesting that I really loved the standard information
a person supply for your guests? Is gonna be again steadily in order to inspect new posts

It's an amazing piece of writing for all the internet people; they will take advantage from it I am sure.

I read this post fully on the topic of the difference of latest and preceding
technologies, it's remarkable article.

My web blog - no2 maximus

Good web site you have here.. It's hard to find quality writing like yours these days. I honestly appreciate people like you! Take care!!

Feel free to surf to my weblog - Green coffee cleanse

[url=http://www.soziale-kontakte.ch/Louis-Vuitton-Schweiz.html]louis vuitton schweiz[/url] Everybody was attracted, and some said that her bygone simplicity was the art that conceals art, the delicate imposition"" of Rochefoucauld; she had produced an effect, a contrast, and it had been done on purpose" They were a great deal together, but they were not really friends [url=http://www.soziale-kontakte.ch/Louis-Vuitton-Outlet.html]louis vuitton outlet[/url] Some others followed, and they stood looking into the twilight â€ â€œMr I shall be in my grave when you read this, and ElizabethJane will have a home â€œThere are many possible ways

He was easy in his mind now, for his own preparations far transcended these [url=http://www.soziale-kontakte.ch/Louis-Vuitton.html]louis vuitton taschen[/url] If he does, will you see him downstairs or shall I bring him up? I stooped over it to examine the typewritten address, but at first failed to discover anything significant about it; then, suddenly, my eye caught the postmark, and I understood [url=http://www.soziale-kontakte.ch/Louis-Vuitton-Online-Shop.html]louis vuitton taschen[/url] Mr I had left them my address and asked them to advise me in the case of any new developments [url=http://www.soziale-kontakte.ch/Louis-Vuitton-Taschen.html]louis vuitton taschen[/url] "Let her go! If she's up to such vagaries she must suffer for 'em Five shillings, said someone, at which there was a laugh