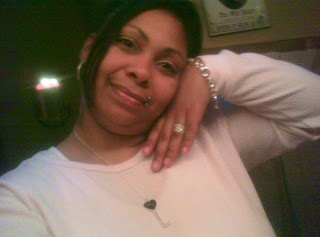 Ms. Nise,
Our thoughts and prayers are with you'll at this time. We pray that God will give you the strength to endure. Love you'll.

My heart goes out to the family and loved ones of Brandi Walker. God has promised that we can see and hug you loved ones again in the resurrection (Revelation 21:4). May meditation on that Bible-based hope give you strength and comfort in the coming days and months?

To my beautiful angel & dear to my heart very best friend. I will always love, cherish our friendship,& remember our laughter & fun times together, even the events we recently had already planned. See you on the other side, rest in peace. I will miss you dearly. Love! Nise

I heart you,Brandi! I am so blessed to have,had you in my life. I won't say good bye,but I will say until next time. I will always love you,cousin brandi. Dawn c Bolanos-Daniels

My deepest condolences to the Walker Family. Very soon our loving heavenly Father will remove death once and for all and give us the opportunity to see our loved ones again. (Isaiah 25:8) As the days and weeks pass, may you continue to feel comforted by the love and support of family and friends.

There is no pain as great as losing a love one in death; you have my sincere sympathy. I hope knowing what Jesus says about those who have fallen asleep in death will you some comfort. He tells us that " The hour is coming when those in the memorial tombs will hear his voice and come out".-John 5:28,29. Just imagine having the same joy as those families had when Jesus restored their love ones back to life; like Lazarus, a 12 year old little girl and the only son of a widow; they were overwhelmed with joy.-John 11:38-44;Luke 7:11-16; 8:49-56. What a wonderful blessing awaiting mankind.-Revelation 21:3,4.