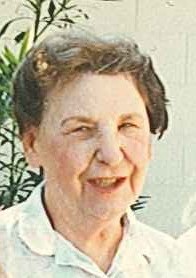 
The family will be receiving friends at Dobbs Funeral ome on Thursday, April 18, 2013 from 5:00 until 7:00 pm.  The funeral mass wll be held at St. Andrew Catholic Church on Friday, April 19, 2013 at 10:00 am with Father Leo Hodges officiating followed by interment at Woodlawn Memoral Park Cemetery.  In lieu of flowers the family requests that donations be made in Irene's name to St. Andrew Catholic Church.
Posted by Dobbs Funeral Home Obituaries at 2:06 PM

I am sorry for your loss. I pray you will find comfort in knowing that Jehovah God cares and will give you the strength to endure during this grievous time.-Psalms 55:22. One day, Jesus will raise all those sleeping in death, back to life with the power of God's holy spirit.-John 5:28,29. Restoring them back to life, with the prospect of eternal life on the paradise earth; being reunited with their families.-Luke 23:43; John 11:11-44. May you continue to find peace and comfort in God's love.-I John 4:8.

To the Launemthal family,
My sincere condolences on the passing of your mother, Irene. Very soon, our loving heavenly Father will remove death once and for all and give us the opportunity to see our loved ones again. (Isaiah 25:8) Just imagine the joy of being reunited with your mother, as Jesus' promised. May that thought comfort you at this sad time.